Being a Danny Boyle film I had Yesterday on my radar for quite a while before the first trailer hit and it seemed interesting. Following a floundering musician named Jack Malik (Himesh Patel) who after a wide global blackout seems to be the only person who remembers The Beatles. He decides to make the most of the situation and present these songs as originals he wrote himself. His fame grows as the world loves these songs yet despite how big he gets he can't escape his feelings of being a fake and his feelings towards his old manager Ellie (Lily James) who is growing further and further apart from Jack. Though clearly, this premise didn't only strike me as interesting as when the first trailer came out the world fell in love with the movie and its concepts. I had no clue that the initial hype for this movie was going to be as big as it was. So many people praised this movie for being unique and original which honestly made me so happy to see considering the perception that all people care about are franchise films that deal with established properties is very strong right now. Sadly though leading up to the release of the movie the critical early word was mixed at best, it seemed like it would be a dud on release day but then the audiences got behind the film not just in a critical manner but also in the box office. Going into the film I was interested to see where I landed with this movie and now having seen it I must say it is nowhere near top Danny Boyle status but especially seeing what it could have been with certain elements of the story it is far from being a failure in my mind either. 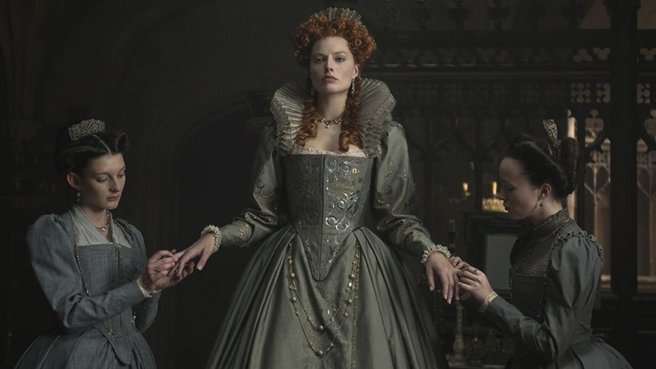 And first I must say that up until the end I do have to praise this film for how it handled its story. Clearly, as you are watching this there are elements and plot points set up that feel so lifeless and dull. Specifically, we see a few people starting to become suspicious of Jack which makes it seem obvious that it will be the major source of tension towards the end and that Jack will be exposed by them and have everyone turn on him. Without getting into specifics of what actually happened I will say luckily it wasn't that and this plot point specifically actually really impressed me as far as where they took it. There are so many places like this where the movie could have taken a generic route but it doesn't and I really appreciate that. Unfortunately, though this falls apart in the end. In a series of events that make no sense this movie tries to end on a high note to send the audience home happy but all it did was frustrate me. It's not even that everything seems to works itself out but it does so in such a fashion that throws the deeper conversations this film was on the border of having out the window and just feels totally bland. Without this strong emotionally satisfying conclusion this blandness falls across pretty much this entire movie, they fail to create an interesting thesis or conversation for the audience to chew on and none of the more basic plot lines such as the romance hits hard enough to work on their own. Sure not a ton of these plot lines are bad but they also fail in building to anything noteworthy and just fall flat in the end. 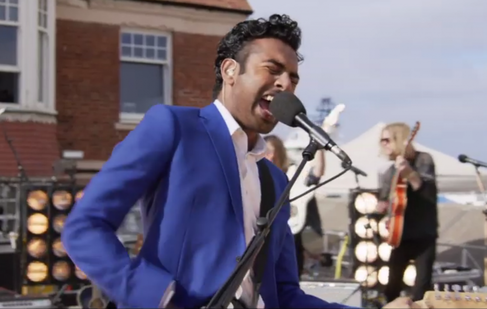 I give most of this blame to Richard Curtis as a screenwriter. He has been down the block before and had written some incredible movies but most of them are not really that deep. They are more focused on simple emotions and relationships. That is not to fault those films or to look down upon them in any way as that type of filmmaking and storytelling can be really impactful and powerful, yet it doesn't work with this movie really. Being a more unique world and touching on some deeper ideas such as legacies and if it really matters who is singing these songs as long as they get out into the world it feels like this movie is trying to be something more only to get sucked back into being about more standard Richard Curtis type story. It doesn't fit and ends up feeling basic as a negative. I certainly don't think this falls on Himesh Patel or Lily James as both have a great amount of chemistry and a natural feeling back and forth that does work. It's not the quality of the relationship that makes it feel out of place and weaker but rather how they decided to include and use it. Though on the conversation of acting no one quite stands out as much as Kate McKinnon. Playing Jack's new manager she is on a different level than everything else in this movie which isn't as much of a good or bad thing as it is just confusing. She is full on crazy looking for constant comedy which does work. She is constantly funny but also feels really out of place as she continues to go more and more overboard in her performance. She was constantly making me enjoy her performance but also taking me out of the movie and the tone it was building. I didn't mind it overall but if you are someone who finds her distracting to a point where she would be a negative for you I completely understand.

Overall this movie like I said is far from bad. It is on the verge of being something truly special and unique and even does have hints as I mentioned, of a few really interesting conversations that could be explored in conversations with others after the film. Yet it never truly feels like the movie is able to join into these conversations fully. It wants to be more but due to the writing and what ends up being the focus of the end falls into just being "good". I don't see the final result as a complete failure but I can't help but say that I am disappointed when I see what it could have been.