Following her screenwriting debut on 2014's Obvious Child, Karen Maine is back not only with a new screenplay, but for the first time as the role of director for a feature film with Yes, God, Yes expanding from her 2017 short film by the same name. Following a young girl named Alice (Natalia Dyer) as she is caught in the middle of growing up both as a regular teenager and of the catholic faith, Yes, God, Yes is an incredibly fun and gratifying debut that is sure to put Karen Maine on the map as one of the brightest young new directors out there today. 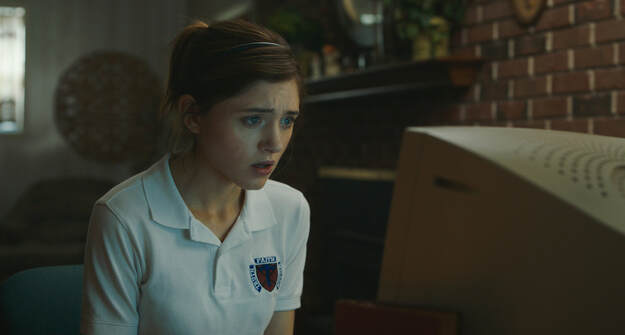 Mixing the scintillating humor of Booksmart with the emotional catharsis of Lady Bird, Yes, God, Yes shines as a charismatic yet honest reflection of growing up in a religious environment without over-sugar-coating or condemning the experience either. Rather than trying to capture the haunting effects this environment can have on the scale of projects such as Them That Follow or The Miseducation of Cameron Post, it also doesn't try to show the experience as being easy. The film exposes the natural struggles and unfairness that youth are put in where their natural urges and desires are condemned with the threat of permanent damnation word around every corner. When mixed with typical teenage drama, this can be a very hostile environment and where the conflicts are on the smaller scale they still stand out as bitter pieces of the truth for so many.

So much of the balance found between emotion and comedy comes not just from the screenplay, but from the setting the film takes place in. This is a movie whose identity is based on what growing up in the early 2000's really meant and for audiences who can relate to growing up in this era, there will be an undeniable sense of nostalgia. From the selection of songs to the now ancient corners of the internet and technology revived for the film, the film for all of its criticisms, also serves as a love letter to the experience of growing up during this era which is sure to put a smile on the faces of plenty younger audience members. 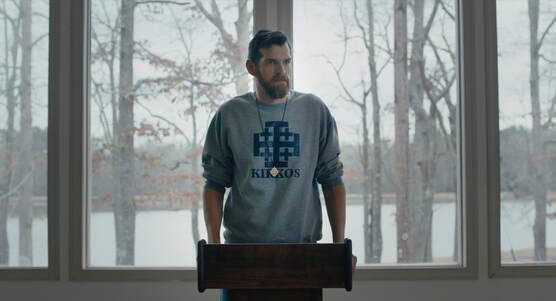 The film also embraces a younger cast giving multiple actors the chance to rise up and showcase their talents like never before. Most will recognize Natalia Dyer for her supporting role as Nancy Wheeler on Stranger Things but now in a leading role, she shows just how talented she really is. From the comedy to the pain, Dyer nearly carries the film being a well-crafted mixture of innocent and mischievous not far off from the character of Lady Bird from the 2017 film by the same name. The supporting cast including the likes of Alisha Boe and Wolfgang Novogratz also supply plenty of entertainment and characters for Dyer to play off of even if they individually lack much substance to be truly memorable.

For those craving a comedy of substance this summer, Yes, God, Yes absolutely is a great option to turn towards once it comes out both in select theaters and on VOD later this month. Karen Maine is a name that people should watch out for as with her proven talent both writing and now directing, she easily could be one of the brightest modern filmmakers and it will be exciting to see where she goes next.