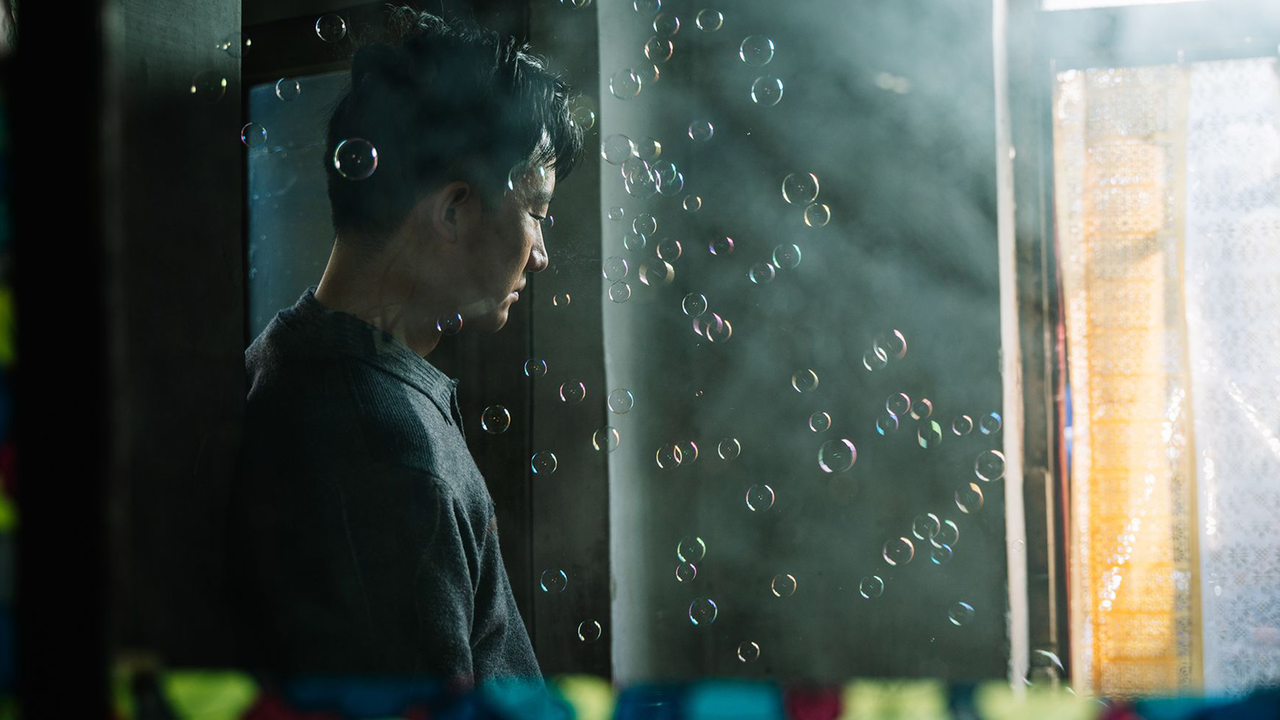 In his sophomore feature which is screening as part of the 2021 Tribeca Film Festival, filmmaker Zhou Ziyang blends emotion with quirkiness to produce the final product which is Wu Hai. Following a young couple who begin to find both their relationship and individuals' lives falling apart due to bad business decisions and debts, Wu Hai undeniably has its moments of success even if the feature overall can at times struggle to hold onto the audience's attention.

Easily the largest positive within the feature is the lead performance from Huang Xuan. With his character's life falling apart around him and a general sense of unrest creeping into the most mundane pieces of his life, Huang Xuan has quite a bit of emotion to fully digest and manifest from a performance standpoint but does a rather remarkable job overall. It is incredibly easy to empathize with this character and actually care about the obstacles he is facing across the film's 105-minute runtime. Looking across the film as a whole, it becomes clear that nearly any moment of real investment or engagement between the audience and the project comes from the power he carries. This isn't to say however that Yang Zishan is bad in the next largest role, but from a fundamental standpoint her character is given much less to chew on leading to her and most other actors within the film feeling a step down from the work Xuan is delivering.

Where it might be Huang Xuan who brings the more down-to-earth emotions of the film to life, it also wouldn't be achieved without the support of Ziyang Zhou both as a director and screenplay. Where there might be flaws to be had with these sides of the film, when it comes time for the quieter and more intimate moments such as an argument between this young couple, the skills of Zhou become clear. There is a sense of intensity reacting to vulnerability from these performances that feels nearly undeniable and carries the power to leave the audience silent and at the edge of their seats. As a relationship drama, it is hard not to be taken along for the ride on the emotional rollercoaster that is Wu Hai.

Sadly for the film, these moments are scattered in a more forgettable feature overall than they deserve to be. Where it is hard to point to nearly any aspect of the film and find something which would be qualified as bad, the film overall can struggle to find a hook or momentum needed to truly get the audience to care and invest in the entire feature. Even with a certain sense of quirkiness to elements of the film's world and characters, the environment of Wu Hai feels bland and lifeless. Much of the actual character setup and follow-through from the more powerful moments of emotion also feel rather lackluster and dull with the film struggling to find much of a thesis or purpose for existence. While this in no way should negate those scenes of power and craft, it does undoubtedly water down their overall effect and can lead to a somewhat frustrating yet equally boring viewing experience.

Wu Hai is simply one of those films that shows more potential than results. There is a clear power and soul hidden within the underbelly of the feature, but the overall design and execution of said feature make it impossible for these moments to truly shine. The experience can be related to that of going whale watching. Where there are those incredibly few minutes scattered where one gets to see an authentic and impressive display of power and beauty, the experience overall really is more of a boring boat ride when boiled down. The one advantage for Wu Hai in this analogy is that unlike whale watching, it won't leave you motion sick and throwing up into the ocean below.