people forget about the life

that live in shells:

where the crawdads sing 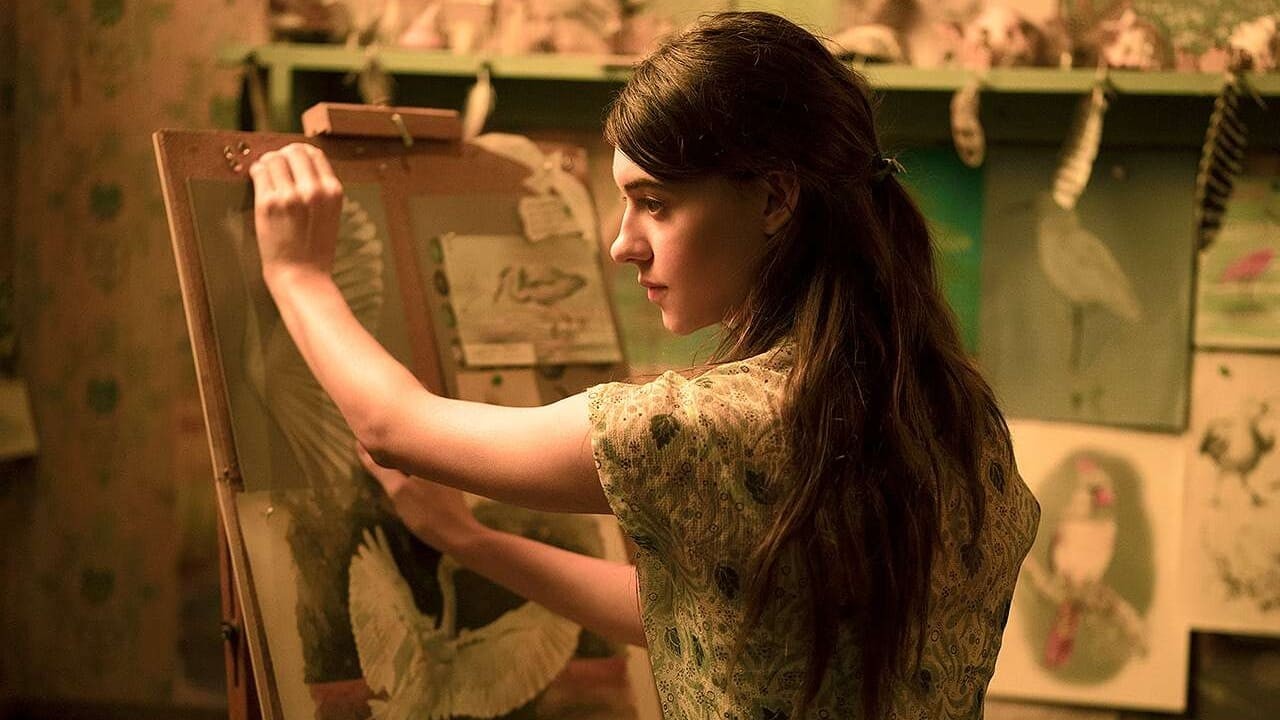 Since the beginning of humanity, stories and tales of the monsters on the outside of society have been a common thread. Just outside of the idealized vision of society lies a danger and an unhinged sense of the wild that has dangerously been seen as something to ostracize and villainize. This is ultimately the theme that lies within Olivia Newman's Where the Crawdads Sing. Adapting Delia Owens' 2018 novel of the same name, Where the Crawdads Sing takes audiences deep into North Carolina marsh where outcast Catherine "Kya" Clark (Daisy Edgar-Jones) has had to grow up and fend for herself after her entire family slowly left due to the abuse given from her father (Garret Dillahunt). One morning, Kya's former boyfriend Chase Andrews (Harris Dickinson) is found dead in the marsh and the entire town turns their blame for Kya who must defend herself in court or face the death penalty.

When it comes to stories like these, it is easy to get lost in bigger messages and themes that give the entire work a more poignant justification of existence. For Where the Crawdads Sing, a story of resilience and ostracization is the focus. Outside for a handful of individuals, Kya has been tormented and judged by everyone in the town she is from. From being laughed out of school for not having shoes to rumors of her eyes glowing in the dark being spread around as normal town gossip. This line in the sand leads to a naturally compelling arc for the character who on her own has to find a way to survive even as a child. The heart of Kya is well-realized as is the toxicity of nearly every newcomer in her life. From people trying to buy her land and send her to a group home to the men who fall in love with her only to leave her alone and heartbroken, the film successfully builds a story that demands empathy and compassion from the audience for Kya.

Sadly, this is about the only narrative element the film manages to get right. Clearly concerned with its larger messages, Where the Crawdads Sing fails to create a successful foundation that accomplishes the basics of a story like this. The immediate weight felt from the film is confusion, mainly based on the framing of the actual narrative being told. Opening with the discovery of Chase Andrews' body, the film sees Kya get arrested before it abruptly shifts to tell the story of her life. From her experience with her family to her first love, a boy named Tate Walker (Taylor John Smith), the emotions of these flashbacks work on a basic level but the reason the audience is seeing them is never clear or justified. There can be some assumption that these will tie into the larger story being told, but this is never actually suggested by the film itself and by the end, this really doesn't seem to be the case. This generic story of love and adaptation seems instead to only build on the character of Kya, yet the framing is so weak that it ends up feeling quite boring and hollow.

It doesn't help that the audience also has the court case brewing in the back of their minds. With the death penalty on the line, the audience is naturally going to be more concerned with what is going to happen in this case rather than the mornings Kya spent collecting clams. The court case itself however is also incredibly hollow. The worst kind of court case in film is the one that doesn't make logical sense. If the evidence is not presented and the logic of why the case is happening is never clear, then it is nearly impossible for the audience to truly engage with it. Where the Crawdads Sing shows an incredibly weak arsenal of reasoning and evidence that feels so fake that it is almost impossible to take seriously. The only reason Kya ever got involved in the case was because of gossip and the only evidence tying her to the case at all is fibers found on the body that matches a hat found in her home. Immediately these fibers are proved to be unreliable and a strong alibi is revealed leaving nothing substantial against Kya. It is frustrating in all the wrong ways and is yet another area where the film fails on the foundations of what it is trying to do.

The ending offers little help for this. Layered with questionable ideals and messages, the ending is unsatisfying and confusing. The film seemingly suggests that outsiders do not have the ability to grow and are not necessarily above that of the rumors being spread around them. It seemingly justifies what was previously seen as evil and offers very little of substance to actually define the film's final thesis. Possibly with more venom and poignance, there could be a compelling capturing of adaptation and survival found within this, but the film ultimately fails this potential.

At the end of the day, Where the Crawdads Sing is an overall poor effort that fails to find much to celebrate. The emotions at best are as effective as a generic teen love drama, and at worst are unsatisfying and problematic. The framing of the film ruins any chance the film has at engaging audiences and other than those who fell in love with the original book and are desperate to see these characters on this big screen, this is an easy skip that will have audiences missing nothing.