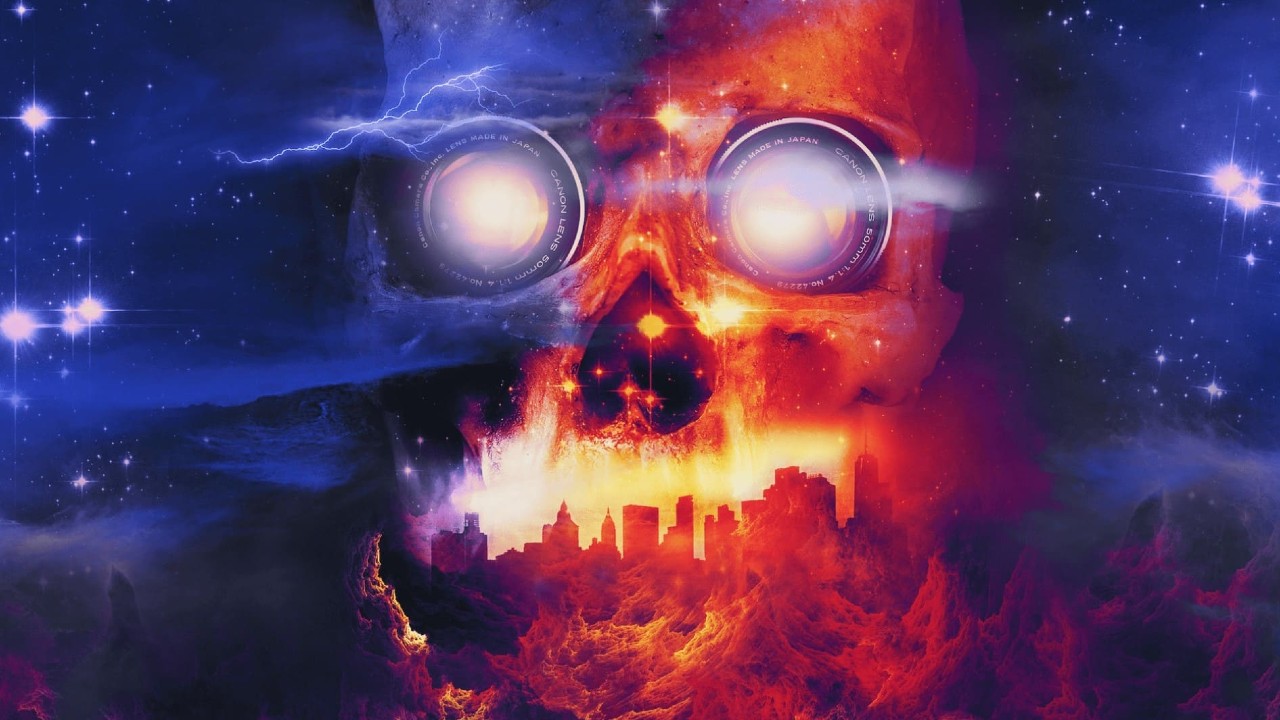 Over the last few years, Shudder has rapidly grown to be the prime streaming service for horror content. Not just is the Shudder catalog packed full of library content, but the streamer has also invested in original content becoming the home for even established franchises. One of these franchises is the V/H/S franchise. The anthology franchise that has little follow through between projects has become a seeming October tradition for Shudder with the release of V/H/S/99 giving the series its' 5th feature. Playing out as a retro V/H/S mixtape from 1999 that sees 5 horror short films pieced together with only a series of stop motion transitions tying the pieces together, V/H/S/99 has its moments but overall stands as a lifeless mess that is cringy and boring on execution.

In both narrative and identity. V/H/S/99 defines itself in the 1999 aesthetic. This period piece identity is something the V/H/S franchise as a whole seems to be encouraging more and more to provide change and uniqueness between features and so far, this mindset feels worthwhile. This identity leads to strong concepts like an evil children's game show that can fit the established aesthetic rather naturally. The execution is a bit over the top however. Especially in the film's editing by Andy Holton, the near constant V/H/S buffering and jumping between visuals grows old rather quickly with the gimmick feeling somewhat cheap in how it actually affects and often hides the horrors on screen. While undeniably unique, it is hard to say that this constant presence of the edit actually enhances any individual story of the anthology.

The editing is far from the film's biggest problem however. V/H/S/99 almost deals exclusively with teenagers and young adults who find themselves interacting with various evil spirits and creatures. The dialogue given to these younger characters is grating from the first few minutes of dialogue. Abandoning any sense of authenticity or natural charisma, the screenplay forces annoying identities and unfunny humor onto these characters that causes the viewing experience to quickly become grating in the worst type of way. Teenage life brings a very certain type of attitude and identity to characters that is equally as hard to define on paper as it is unmissable when present. There is a fine line with characters like the ones in V/H/S/99 that sees a clear divide between what feels forced and what feels real. There is not a single character or line of dialogue within V/H/S/99 that feels like it belongs and this failure immediately makes it hard for the audience to buy into the horrors on screen. Audiences need to be sucked into these creepy environments and these slow builds of tension for the climaxes to carry the weight they should. When the characters feel forced and fictional, this hook is gone and audiences will never be able to forget that they are watching a crafted piece of entertainment which hurts the effectiveness of the horror.

This is disappointing as some of the ideas within V/H/S/99 are genius. From the twisted final visuals of Shredding to the anger found within Ozzy's Dungeon, the actual horror is conceptually quite strong throughout the feature. In execution, none of these plots or ideas live up to their potential which makes the film feel more frustrating than horrifying. The nearly constant slow nature of these stories leading up to somewhat lackluster conclusions also makes the film start to drag with the shorter 99-minute runtime feeling far longer than it actually is.

Due to an absolute lack of ability within its execution, V/H/S/99 disappoints its strong ideas to create a final project that is both frustrating and disappointing. Even as a more filler viewing experience for the spooky season, V/H/S/99 is hard to recommend and one can only hope that the franchise can get things together before the release of V/H/S/85 next year.
Become a Patron!