venom: let there be carnage 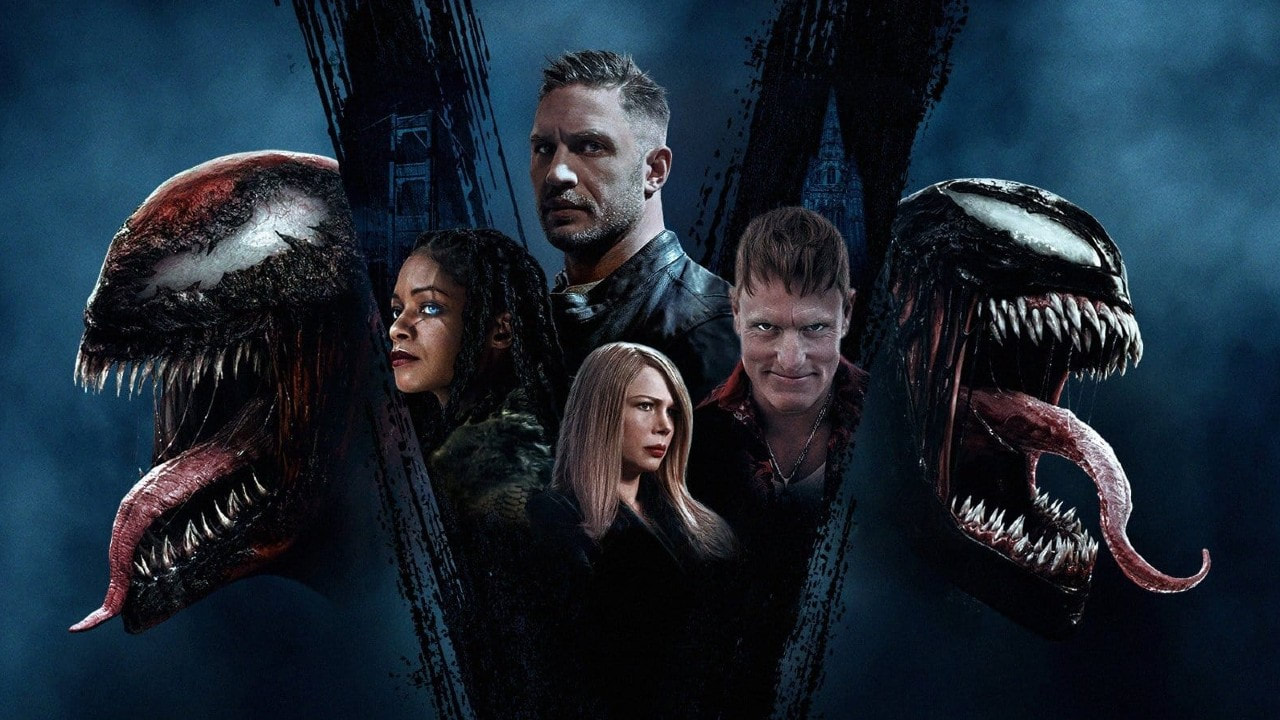 In October 2018, Ruben Fleischer's Venom was released to incredibly divisive results with some claiming the film as one of the worst of the year while others proclaimed that it was pure fun. With a tease for the future embedded into the film's conclusion, it wasn't a shock that Tom Hardy's rendition of Eddie Brock would be back on the big screen before too long with the sequel Venom: Let There Be Carnage releasing just 3-years later. While Eddie and Venom (both played by Tom Hardy) have reached a somewhat agreement on how to co-exist in the same body, it isn't without its problems and Venom ends up leaving Brock in a fit of anger. This seems like a welcomed break for Brock at first but once it is clear that serial killer Cletus Kasady (Woody Harrelson) has broken out of prison using a symbiote of his own it becomes quite concerning as Kasady has a personal vendetta against Brock.

While Venom was polarizing, Venom: Let There Be Carnage feels as if it could be even more divisive as it doubles down on the dumb fun identity of the first film almost to a fault. The sequel makes no claims or attempts to be anything but chaotic fun which is sure to leave many disappointed and against the film especially if they were not able to enjoy that aspect of the first film. For the entire 97-minute runtime, Venom: Let There Be Carnage is a chaotic rollercoaster of action and yelling that offers the audience almost no time to rest or catch their breath. While some might criticize the film for its non-stop rushed pacing and lack of depth, it's shorter runtime allows the film to overall work and never drag too much to where its lack of meaning will be boring or dull. It is a film that fully understands and accepts its own shortcomings and intends to composite for them by unleashing utter carnage onto the viewing audience.

While the action and pacing are clearly enhanced from the first feature, so is that acting. Tom Hardy is giving the role his absolute all almost becoming a parody of himself. He is consistently yelling and emotional with only a couple of lines of dialogues not being interrupted by Venom or an outburst of some sort from Eddie throughout the entire film. It is Woody Harrelson however who really stands out as he goes full camp with his performance easily becoming the most fun part of the film. Trading his isolated anger from the first film for a psychotic charisma, he is an undeniable riot and feels genuinely memorable as a villain because of it. Michelle Williams, Reid Scott and Naomie Harris are also fine and have their own one-liners and moments that shine but clearly, this is the Hardy and Harrelson show.

While the plot lacks much of importance and the film feels rather hollow, the only major dynamic felt throughout the feature of any real weight is the relationship drama between Venom and Eddie. While some criticized director Andy Serkis for describing this dynamic in this sense, it truly is the only way to explain their drama. Almost playing out like a cheesy romantic comedy, Venom: Let There Be Carnage is at the core, a story of accepting the differences in a relationship and working together to find a path forward. It is about understanding how one affects a relationship and how a relationship affects oneself. While this drama is nothing revolutionary or needed, it is clearly present and is about the only piece of emotion within the film outside of Kasady's random love interest.

For better or for worse, Venom: Let There Be Carnage is exactly what it claims to be. It is a somewhat bad cgi-fest of characters flipping each other off and fighting each other. It isn't anything complex or incredible, but it also undeniably succeeds with what it is going for. Some will definitely claim the film to be one of the worst films of the year, but this feels rather unfair to the film and for those who enjoyed themselves during the first film it is hard to imagine they won't do the same here. Also, make sure you stay around for the end credits...