Despite hearing so many good things about this film I went into it not really expecting much. I am not normally a fan of westerns, for whatever reason, their aesthetic normally fails to connect with me and even if the characters and story is good I find myself lacking something as I am watching them. It's easily my least favorite genre of film so no matter who is making a western I don't go in expecting to like it. Yet I found myself actually getting quite into this film, sure there still was some disconnect but there is plenty here that I found engaging and enjoyable. 14-year-old Mattie Ross (Hailee Steinfeld) is dealing with her father's death as he was recently murdered by a man named Tom Chaney (Josh Brolin). She is collecting his body when she learns that Chaney has escaped the law by fleeing to Indian Territory. She decides to seek her own revenge and plans to be the one to kill Chaney, to get to him though she enlists the help of Deputy U.S. Marshal Reuben J. "Rooster" Cogburn (Jeff Bridges) while Texas Ranger LaBoeuf (Matt Damon) also sets out on his own quest to bring Chaney down. 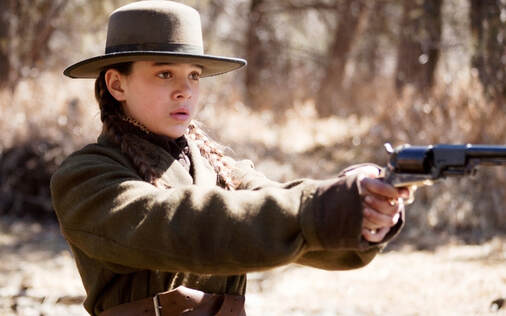 These actors I think are a major reason I was able to get into this movie the way I was able to. Sure plenty of the characters in this movie are playing out the wild west stereotypes but they are really effective at it. It's hard to look at a performance like the one Jeff Bridges gives in this movie and feel those cliches as weaknesses when he is able to so easily transform into his character and feel so natural. I was also pretty surprised with Matt Damon in this film, I feel like he is an actor who never really gets noticed for the range of characters that he is able to play. There are so many movies he is in that seems like questionable casting including this movie, I didn't see Matt Damon as a cowboy but he is able just to fit in so casually, like he is such a regular in these types of rolls that when you see him it doesn't feel special or noteworthy and I mean that is a good way. This is also a true breakout performance for Hailee Steinfeld. If I am being honest as far as performances go she constantly steals the show and gives one of the best performances of 2010 overall. She has such a presence to her as she has to stand her ground against everyone else in this movie, she has to take control as a character which also means she has to take control as a performance and she absolutely nails it. I have loved her in multiple other movies since this came out but finally seeing this film I have to say this is probably my new favorite performance she has given. I know if I was following movies and the award season back in 2010 I would be rooting for her to take all the awards 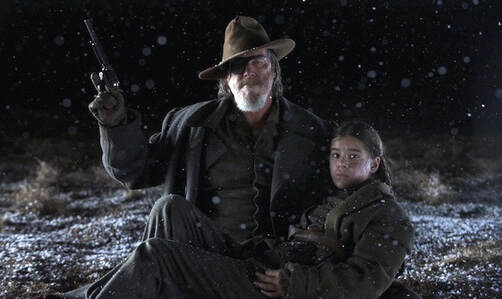 Yet where these performances are so great equally important is the script and dare I say this is one of the Cohen Brothers best especially when it comes to dialogue. Similar to The Social Network which I reviewed earlier in this series the dialogue is so precise and well crafted. You can tell that every line has been deeply thought about, not just from the screenwriters but also the actors delivering them. The dynamics they create between these characters are extremely effective and interesting which is another huge reason I feel like I was able to overlook the setting at most points. This movie also looks great, when you have Roger Deakins behind the camera that really comes as no shock but even if you are expecting a movie to look great it doesn't take away from the amazing visuals themselves. Despite not being a big fan of this setting I couldn't help but be taken back by some of these shots and the overall visual style of the movie. It's dirty and grey but in a way that feels beautiful and artistic. It's really unique and really gorgeous.

As far as issues with the movie I only have a few. Like I mentioned for me personally there still is that barrier of being a western that got to me at multiple points, where I enjoyed the look of the world greatly I can't say I ever got invested in it. I also think the film takes a while to get going, after we get introduced to all the characters and the general idea of the plot there is a good while until it feels like the plot finally starts to move which especially if you are not that invested in this world can lose you. It can feel a bit boring there but luckily it is able to get the audience back pretty easily and from that point on I found myself really enjoying True Grit. It has some amazing performances and an extremely solid screenplay and easily is one of my favorite western movies of all time.