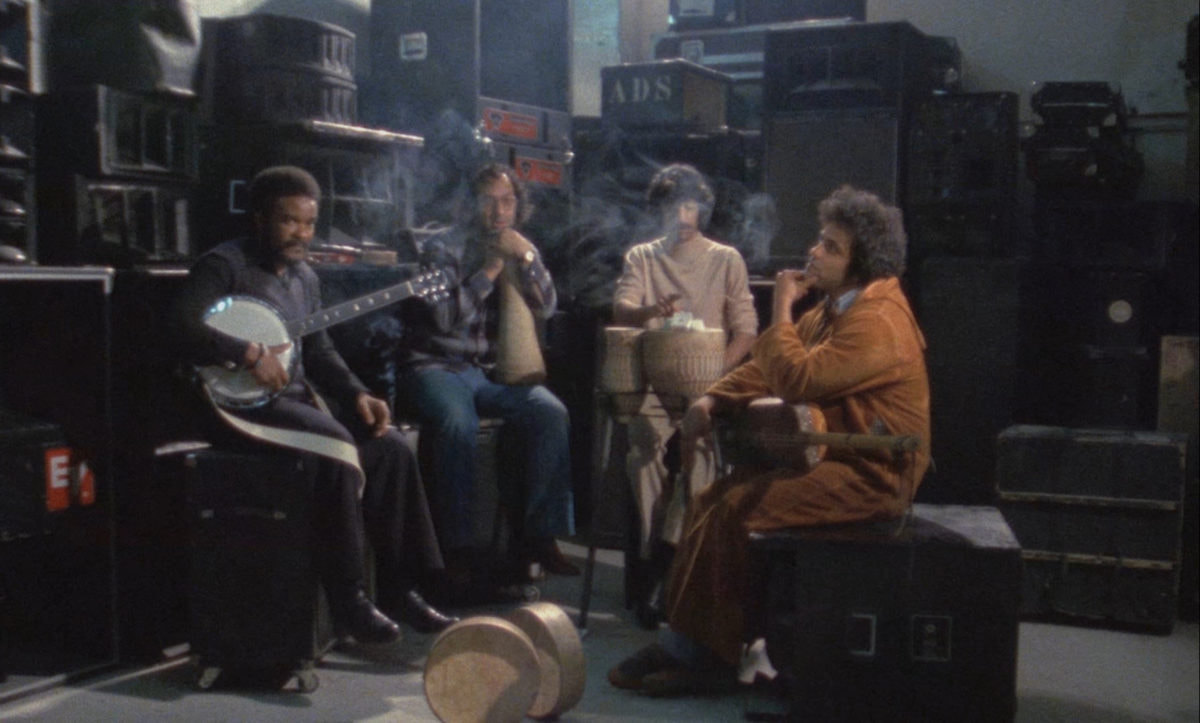 Music is an art that speaks directly to the soul of individuals. From the lyrics to the beat, it often feels like one of the most powerful and emotional forms of art there is and Ahmed El Maânouni's 1981 documentary Trances captures this beautifully. Focusing on the Moroccan musical group Nass El Ghiwane and their use of music for political and social commentary; the film serves as a love letter to the art.

This is a goal that the film accomplishes through two different means, a conversation with the artist and exposing the audience to the art itself. Through quite stunning cinematography also from Ahmed El Maânouni and editing from Jean-Claude Bonfanti, Trances is an incredibly personable and authentic capturing of this art and the experience it brings. Trances knows that to capture this art, not only does the film obviously need to have the music from the band but also the atmosphere and energy that it brings using the unique visual component of the cinematic experience. This is something the film thrives at transporting the audience into the soul of the music.

Yet this isn't enough to truly appreciate the complexities of the art. This is where the interviews with the band itself come in. Giving the artist a casual platform to break down their songs and the sometimes hidden meanings and purpose of certain songs and lines, the film also makes it clear that this art carries an important substance. Where one might not connect with the feeling of this art, it is impossible not to respect and value this objective depth of thought that these songs carry that show not just that music can be enjoyable but also simply important. These interviews will not only speak to musicians but artists of nearly any medium. The passion is resounding and it is hard not to be inspired by these individuals who clearly love what they do and value what they create.

The largest issue of Trances is simply the distance of it for most western audiences. Both in location and time, Trances feels like a product of its time which can make it hard to connect with fully. Where there clearly is an emotional backbone that still works, the political commentary for example simply won't carry the weight it should for those who don't understand the political turmoil being discussed and commented on. In this sense, Trances is a film that feels more compelling as an almost anthropological look at these musicians rather than a deeply intimate one.

Still, Trances is quite a solid documentary. Mixing substance with feeling, it is hard not to lose oneself in the film's messages and emotions even if the specifics of the situation being captured isn't fully relatable and it is a film that speaks to the artistic soul.