Apparently, I am just weird and broken somewhere on the inside as I have not been a fan of the Toy Story franchise up to this point. These films are god tier for so many with some calling them the best series of films of all time. Yet as a child and even now I watch them and gain really nothing from them. Maybe its because I never played with toys really as a kid but their emotional stories of love and friendship very rarely ever connected to me so it's safe to say I didn't have much hype for this addition to the series. Reviews said that this was a needed story that added something to the franchise thought to be a perfect trilogy and as I sat down I hoped this would have been the film to bring me into the franchise yet sadly it failed to do that. What some saw as an emotional masterpiece I found a basic animated film that felt like it was going through the motions and even was a letdown for some moments that should have really meant something to this franchise. Woody (Tom Hanks) is dealing with the transition from Andy to Bonnie and trying to be there for her mainly by keeping her favorite toy Forky (Tony Hale) from throwing himself away as being built from trash he thinks he is trash, not a toy. Yet everything gets more complicated as Woody finds Bo Peep (Annie Potts) and has to choose between his life as a toy for Bonnie who doesn't seem to need him that much or staying without a child with Bo Peep. 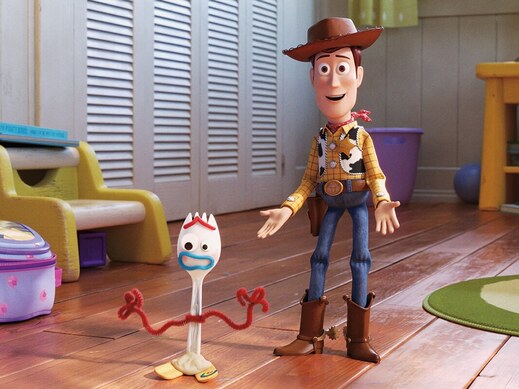 As I mentioned I found this plot to be very stale, like it is just going through the motions for most of the runtime. One of the worst parts of this franchise for me is how little the characters seem to learn or change between films. The only hint at development from the last movie is Woody dealing with depression from leaving Andy yet even that doesn't really go anywhere. Especially after just recently rewatched Toy Story 3 so many of the plot points and conversations in this movie feel dull and like reruns. The characters such as Buzz Lightyear feel like they have not grown at all since they have been first introduced and overall this franchise fails to create interesting and engaging plots. Also having a villain who is a toy right after Lotso feels pretty dull. I ended up feeling really bored by this movie as it wandered through cliches and uninteresting plot points waiting for the film to be over. Even past the already established characters, I found the new characters to be enjoyable but extremely dull, they have nearly no point to being there and they do nothing with them. Forky could have been an interesting character as he questions his existence but they don't explore this and his character makes no sense. 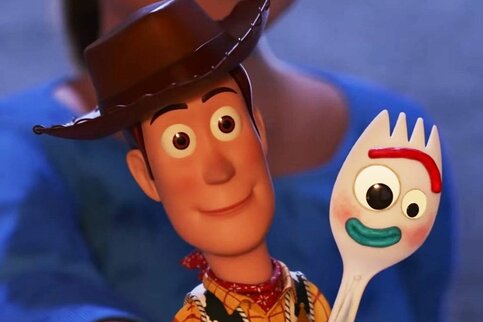 As I mentioned even though I really have no investment in these   characters or their stories even I felt let down by some of the   emotional moments in this movie. Similar to The Last Jedi there   are some big moments in this film that have been building for   this entire franchise yet instead of making them memorable or of   the proper size it just casually happens with no memorable   scenes or moments for what should be huge things. It is easy to   not even realize the importance of what you have seen until after   the fact when you reflect on the franchise as a whole. There is no   reason for this film to exist and I just don't understand what so   many see in it. It feels like a basic animated film that has a basic   plot and really leaves little to no impression on me. The only   noteworthy thing about it is the animation which is absolutely   stunning, but even that fails to be a major standout when so   much animation looks incredible now. I know this is shorter but I really have nothing else to say, these films don't work for me and there is nothing of note really for me to even dive into. For most this will be one of the best of the year, for me it's an unmemorable basic movie that left no real mark.