to the end ​movie review
​
​by carson timar 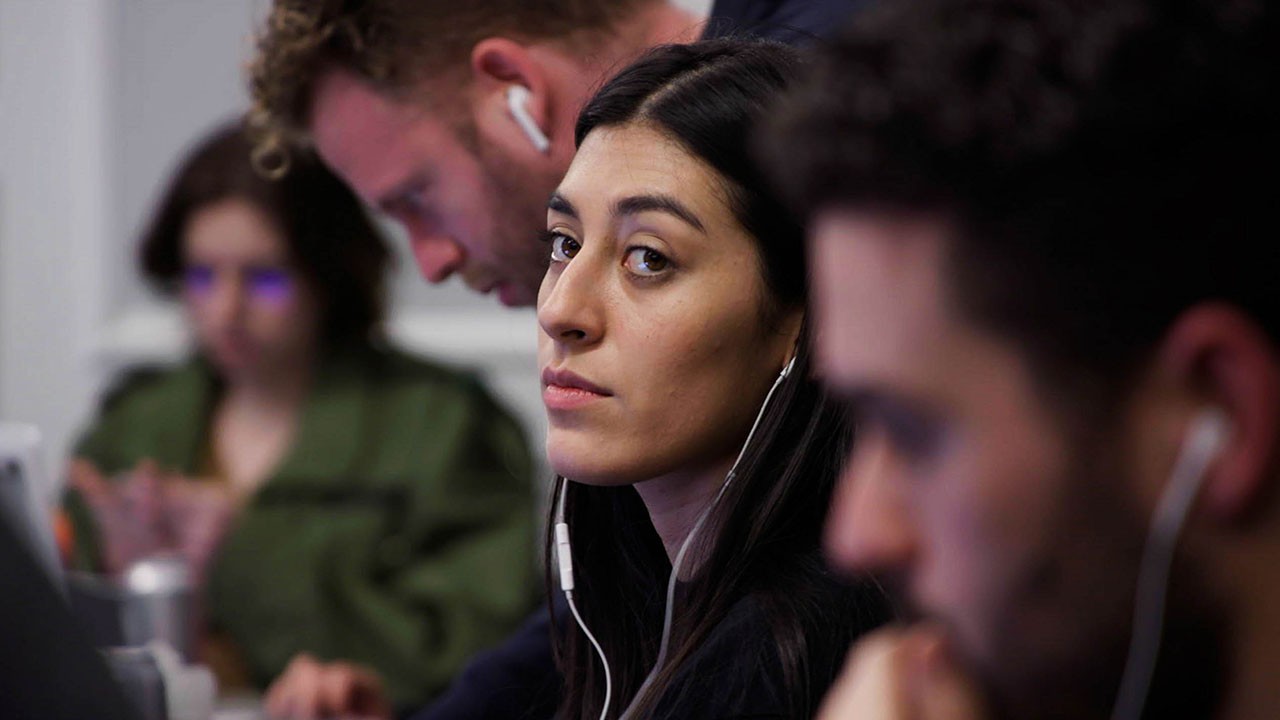 Whether one wants to admit it or not, society is at a point of drastic social change. With awareness for humanity's faults growing alongside a genuine desire to right the wrongs of both the past and present, the political game has taken a new life and meaning for better or for worse. Documentary filmmaker Rachel Lears has already cemented herself as a powerful voice at capturing this modern change with her previous features Knock Down the House and The Hand That Feeds and is back once again with her new documentary To the End which is screening as part of the 2022 Sundance Film Festival. Focusing on the political debate surrounding The Green New Deal which hopes to make a substantial difference against modern manmade climate change, To the End is a needed and angry feature that while at times frustrating, isn't afraid to name names and call out those hurting growth and development.
​
A clear distinction that needs to be made from the start is that To the End is a film that belongs to no set political party or side. While the vast majority of modern political discussions will pick a side in a simple debate of the left vs. the right, To the End stands independently with a needed nuance. While there is obviously one side of the floor that agrees with the point of view of the film more than the other, To the End is not afraid to take shots at both sides and expose everyone working against progress. If a Democrat has a lackluster response to the climate crisis, the film will call them out just as they would with a Republican which helps the film not just feel genuine in its intentions but also is an important message to have. To generalize one political party lacks reality and inner conversations surrounding these divides should be active and respected.

Equally, the film never tries to generalize the problem of climate change. There is a focus and space given to exploring the cross-sections of climate change with subjects like race and class which again helps illuminate the true reality of the problem. The film calls attention to the fact that those fighting against progress with the climate are often the same individuals fighting against progress with racial justice and affordable living. Climate change isn't a vacuum but instead a piece of a much larger problem. While always respectable, the film is also clearly passionate with how it displays its frustrations. It isn't afraid to point out that individuals are white supremacists or give a voice to an individual who feels hopeless. The film is emotional and human which on paper might seem out of place for a political documentary such as this but is clearly needed and worthwhile.

These elements built an engaging and meaningful feature that builds and builds to a third act that can feel quite frustrating. The film acts as a guiding light of hope yet the audience is watching with a perspective that says something else. From the knowledge that Joe Biden will overcome Bernie Sanders in the race for President to Tim Kaine saying the same week of the film's premiere that the Build Back Better bill is "dead", the audience knows the outcome is going to be disappointing and it gives no pleasure to see these events happen within the film. For large portions of the feature, the film takes on a new life as a result as a study of what went wrong which undercuts many of what are supposed to be inspiring scenes of youthful inspiration.

Seeing scenes of young adults unloading boxes and saying that they will take it step-by-step and are not concerned with the question of if they can win becomes frustrating and the results found at the end of the film are simply unsatisfying. The film ends with a rather weak message of keeping hope for the future with a clear lack of introspective to understand what needs to change to actually find progress. As with many documentaries releasing at the moment, the film is also undeniably impacted by the COVID-19 pandemic. While maybe not as brutal as a film like Homeroom which saw a near identity crisis due to the result of the massive social shift caused by the pandemic, To the End is clearly shaken by the pandemic and can struggle to find its narrative footing as a result specifically in that troublesome third act.

While To the End is a clear step down from her other work, the documentary still is a worthwhile final product from Rachel Lears that shines a layered and authentic perspective on both the emotions and objective struggles behind modern climate change progress. While the final message might not be as rewarding and hopeful as the subjects and filmmakers clearly would hope, it doesn't change the importance of seeing journeys and experiences like this as it not only demystifies the political process for audience members but also gives space to the nuances of it and the layered challenges it can bring.