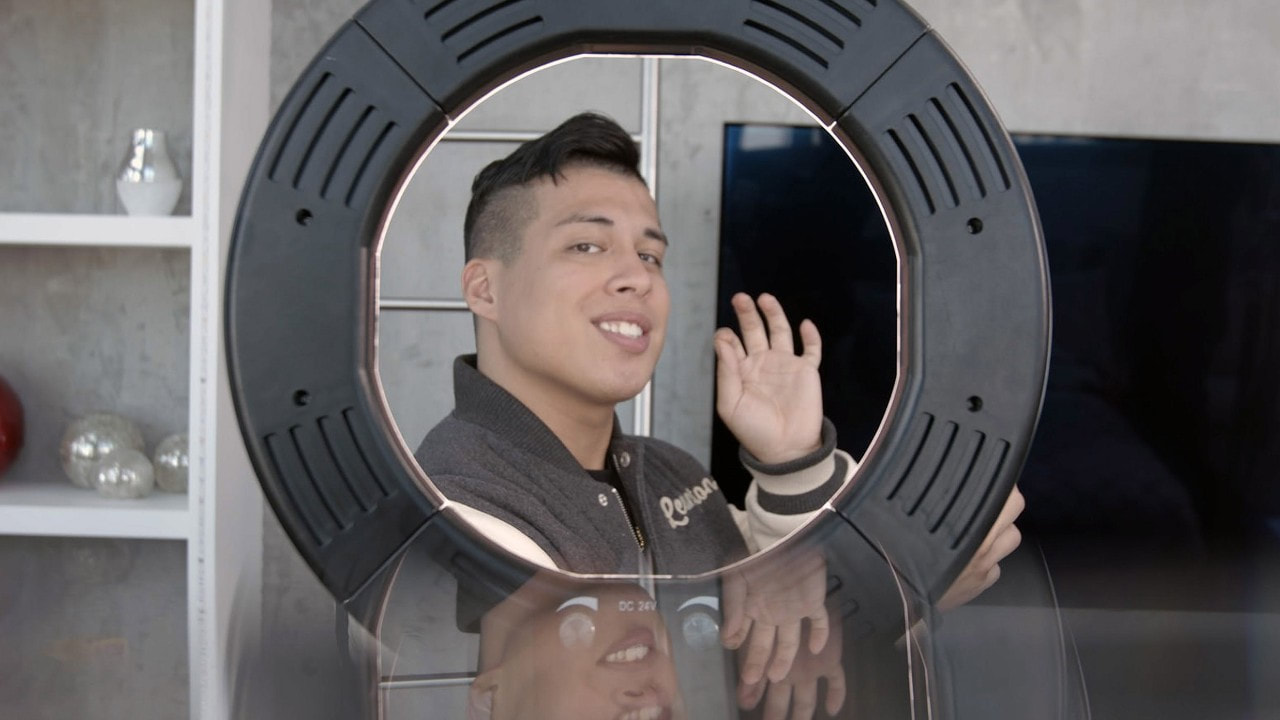 While social media has become one of the main talking points regarding the next generation and fears for the future, no single app has quite found the attention of TikTok. From the platform quickly rising to one of the most popular overall to the political debate surrounding the film both from activists using the platform for social change and politicians like Donald Trump pushing for the apps removal. Screening as part of the 2022 Sundance Film Festival, Shalini Kantayya's TikTok, Boom. captures not just the turmoil and social implications of what is happening on the app but also exposes the concerns and fears of what is happening behind the service in a digestible manner that is accessible to both those who interact with the app daily and those who have no idea what a TikTok even is.

This accessibility is key for a project like TikTok, Boom. which seeks to become a definitive text on the history of the app to this point. Inherently when it comes to discussion of technology, there is a divide of knowledge as younger generations have an incredibly vast amount of understanding and knowledge regarding the service and older generations tend to lack even a fundamental understanding of what the service is and what it really means. The message of TikTok, Boom. is important for individuals of all ages and makes incredibly smart decisions to allow itself to be accessible to all parties. The film does a strong job explaining what the app is without ever getting too lost in the details. Instead, the film really focuses on the basic relevant working details of the app while spending plenty of time giving light to the impact the app has had.

Within TikTok, Boom. is a layered and complex discussion of the social results of the service. Without invalidating either side, the film shows both the highs and lows of the influencer experience with authentic perspectives that never feel forced or cringy. From people able to live their dreams and have a platform to use their voices for good to individuals facing serious mental health issues as a result of attacks and stress, the film offers no easy answer to the morals of the app and instead, encourages the audience to find their own nuances and results. This human connection is vital for giving an emotional weight to the subject and makes the viewing experience meaningful even to those who do not necessarily value social media.

The film also offers a digestible political perspective that examines those who are legally against TikTok. While the film clearly suggests that those like Donald Trump and Mark Zuckerberg might hold rather selfish and shallow reasons for targeting the app, the film doesn't invalidate the overall concern given to the app. The film examines those behind the app and what it might be doing with data and give a plea for proper action against the app to be explored. Having this conversation in the same film that looks at the social effects of the app provides a rather well-explored thesis that truly captures the app for everything it is worth.

When it comes to pacing, this relationship is not always kind. The film faces a structure that causes it to drag towards the end which is especially notable as the film has only a 90-minute runtime. Especially when it comes to the political conversation, the content feels rather dry at times especially considering it comes right after the more personality-based exploration of the social results of the app. It feels rather clear that either intercutting these messages or switching the order of presentation would drastically help make the film more dynamic and interesting especially towards the end of its runtime. It also feels like these two perspectives are incredibly separate from each other and it would have been nice to see some crosssections of these ideals and opinions.

While TikTok, Boom. might not be the most dynamic documentary, it is still a digestable film with substantial thoughts on the TikTok platform that are clearly worthwhile and important. The film gives space to an analysis of the subject that tackles both the subjective and objective. It is respectful yet opinionated and for anyone interacting with the app, the film has a message that needs to be heard and made aware of that doesn't blindly attack the app or worship it.