why should the good wait?: 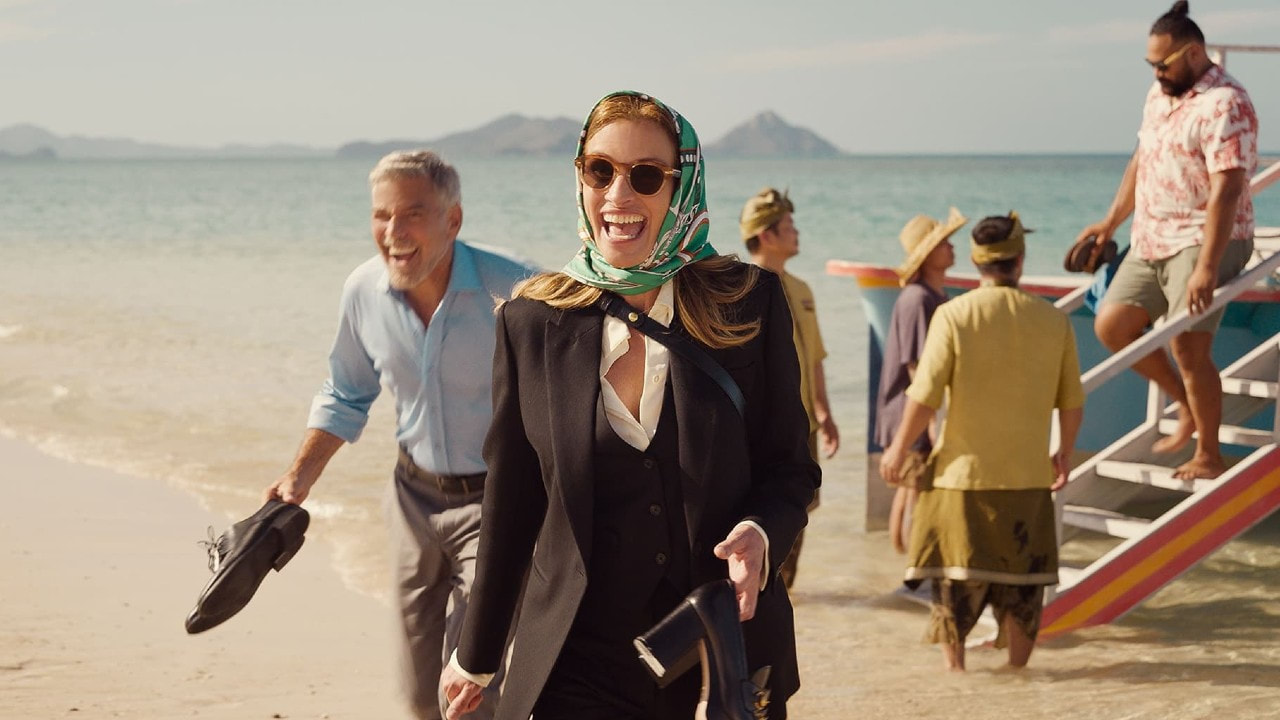 When it comes to the modern romantic comedy, a bleak fate is often found and expressed by many who see the genre as a dying art form; especially when it comes to theatrical releases. There is a growing feeling that it is a genre that can only exist through evolution to embrace streaming platforms. There are some however that seem to reject this thesis with one being Ol Parker who has produced an impressive career in the genre including the likes of Imagine Me & You and the iconic Mamma Mia! Here We Go Again. Not only does Ticket to Paradise stand as Parker's next entry in the genre, but it also serves as a reunion for George Clooney and Julia Roberts who play a divorced couple who team up to ruin the wedding of their daughter who plans on marrying a man she met just a couple months ago in Bali. While Ticket to Paradise plays into the romantic comedy cliches that many have come to love, there is also a deeper emotional thesis found that propels the film to instant masterpiece levels for the genre.

It should come as no surprise that Clooney and Roberts stand tall as the MVPs of the project. With endless chemistry and such a natural connection, their emotions are palpable from the first scene they are part of. Starting with hatred and eventually finding something a bit brighter, their connection grows and swells naturally with a very easy pathway for plenty of comedy along the way. They can turn any scene into a laugh out loud moment and are equally proficient with more mature emotions. These two have not lost a step and Ticket to Paradise is some of their best work to date.

Rounding out the main cast is Kaitlyn Dever and Maxime Bouttier who play their daughter Lily and the man she is going to marry. Dever is as fantastic as ever with an authentic display of love and passion that is enough to get both her parents and the audience to understand why she feels so strongly that throwing away the life she has built for herself to marry Gede (Bouttier) is the right move. This entire conversation is handled incredibly maturely and empathetically with Parker questioning modern happiness and expectations in a worthwhile way. It would be a shame to mention the cast and also not mention Billie Lourd who once again threatens to steal the show with her supporting performance that is hysterical. It also should be said that her and Clooney have especially strong chemistry with some of their conversations being the best of the entire feature.

While this love story hits the predictable beats one might expect, the execution is so strong that it is hard to not completely buy in. The lavish Bali setting is honestly gorgeous with Parker bringing his experience from Mamma Mia! Here We Go Again and pairing it with cinematographer Ole Bratt Birkeland who has proved his worth with projects like American Animals and Judy. This location only serves as one representation of a moral dilemma in the center of the film regarding happiness. Ticket to Paradise shows the rat race of modern life and challenges both its characters and audiences in regards to why so many sacrifice so much when it doesn't bring happiness. If one finds love in Bali, why should they not follow it? If one finds someone who truly makes them feel complete, why shouldn't they marry them?

While these choices might not always lead to success, the failed marriage of David (Clooney) and Georgia (Roberts) proves this, they also provide true moments of happiness which feels like it should be enough. This is not a particularly easy or clean conversation so for a film like Ticket to Paradise to tackle it is incredibly respectable and only shows the ambition and passion of Parker who continues to prove the worth and potential of this genre that has sadly become a shadow of what it once was when it comes to quality and identity.

When it comes to the modern romantic comedy genre, it is hard to imagine many films being as strong as Ticket to Paradise. A genuinely perfect feature that takes established cliches and gives new life to them, Ticket to Paradise is yet another masterpiece from Parker who continues to become one of the most impressive and needed voices within the romantic comedy genre.
Become a Patron!