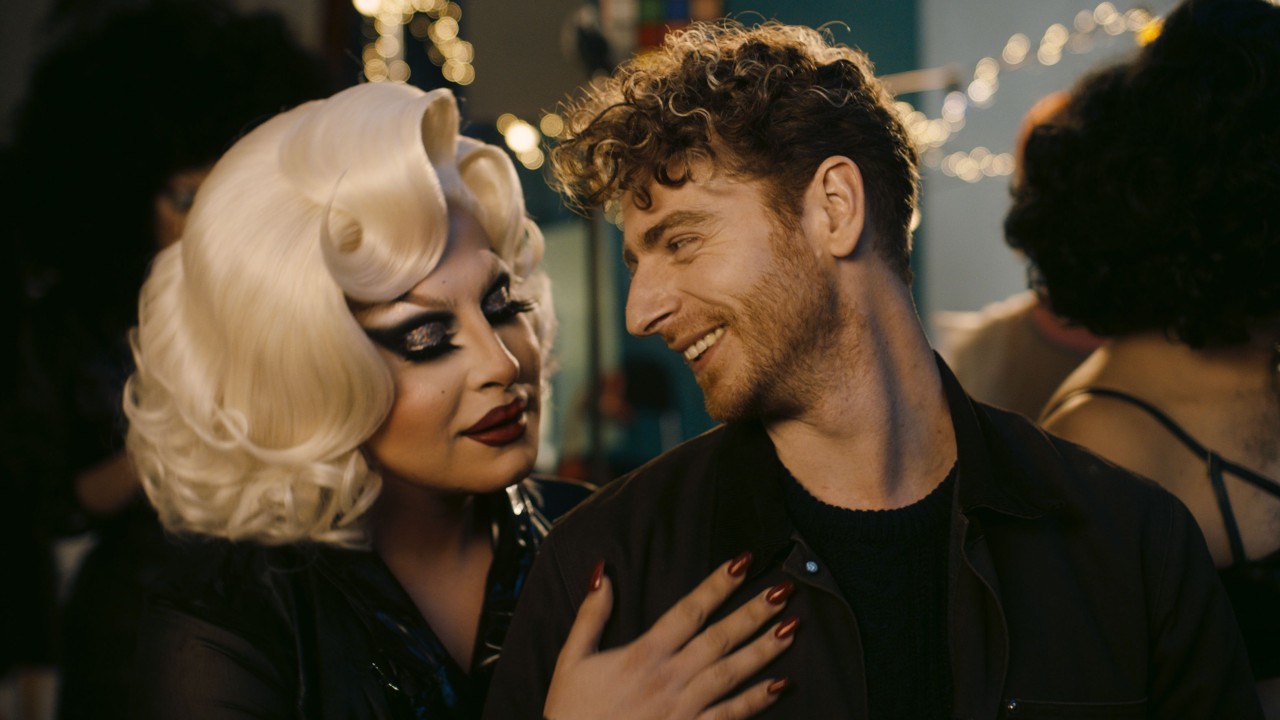 Journies of sexuality and identity are often some of the most confusing and trying experiences of the human experience. Blending powerful inward emotions with the politics of society, things tend to get messy rather quickly. Screening as part of the 2022 Venice International Film Festival, Florent Gouëlou's Three Nights a Week looks at this journey from the perspective of a young man named Baptiste (Pablo Pauly). Baptiste is working on a portfolio on drag culture when he meets a drag queen who performs under the name  Cookie Kunty (Romain Eck). Baptiste grows a love for Kunty which sends him spiraling into a love story that defies his expectations and pushes him to discover new sides of himself. Beautiful in execution, Three Nights a Week is a tender yet energetic feature that pays love to the efforts and complexions of drag culture.

While the film might use Baptiste as a focus, the soul of the feature is undeniably tied to that of drag culture. Similar to projects like Paris is Burning, Three Nights a Week not just exposes the extravagant stage life of drag queens but also the tireless effort that goes on behind the scenes. As Baptiste becomes deeper and deeper involved in the art, he finds beautiful individuals who show the nuances and layers of the drag identity. The film also builds a wonderful sense of community and camaraderie between these individuals. The idea of finding a chosen family is something plenty of films tries to express but often fail to truly show the power of. This is a defining side of the modern LGBTQ+ identity and Three Nights a Week does this delicately. The love these individuals share for each other is palpable and shines as a bright spot in the film.

It helps that the performances throughout the feature are rather remarkable. Blending real-life personas with fictionalized details, it comes as no shock that those like Romain Eck have a venomous authenticity that brings a legitimate depth to their work. The emotions found within the cast feel real because they are. This is nothing more than yet another example of how important it is to have authenticity in casting and filmmaking. These identities can only be brought to life with this power by those who actually have the lived experience. This also is a sign of the vulnerability and craft of Florent Gouëlou as a filmmaker who is making his feature debut with the project after building a filmography of LGBTQ+ short films.

The final piece of the puzzle is Pablo Pauly and the journey of Baptiste. Both the screenplay and Pauly do well at showing the layers of Baptiste's growing and evolving identity and tackles it with love and compassion. Without ever simplifying these emotions, the film bounces between understanding both the gravitas and the trivialized nature of sexuality. If someone loves and finds satisfaction in a body, why does the label matter? At the same time, labels mean so much in modern society and carry a weight that cannot be ignored. It is complex and confusing in an authentic and controlled way. While there are points where it feels like Baptiste's emotions could have been fleshed out a bit deeper, this is a mature conversation that the film handles well.

The modern queer experience is one full of contradictions and complexions with works like Three Nights a Week being vital towards truly capturing and understanding what the experience even is. Florent Gouëlou continues to shine bright as a modern voice of queer cinema and Three Nights a Week is a great feature debut for the young filmmaker.
Become a Patron!