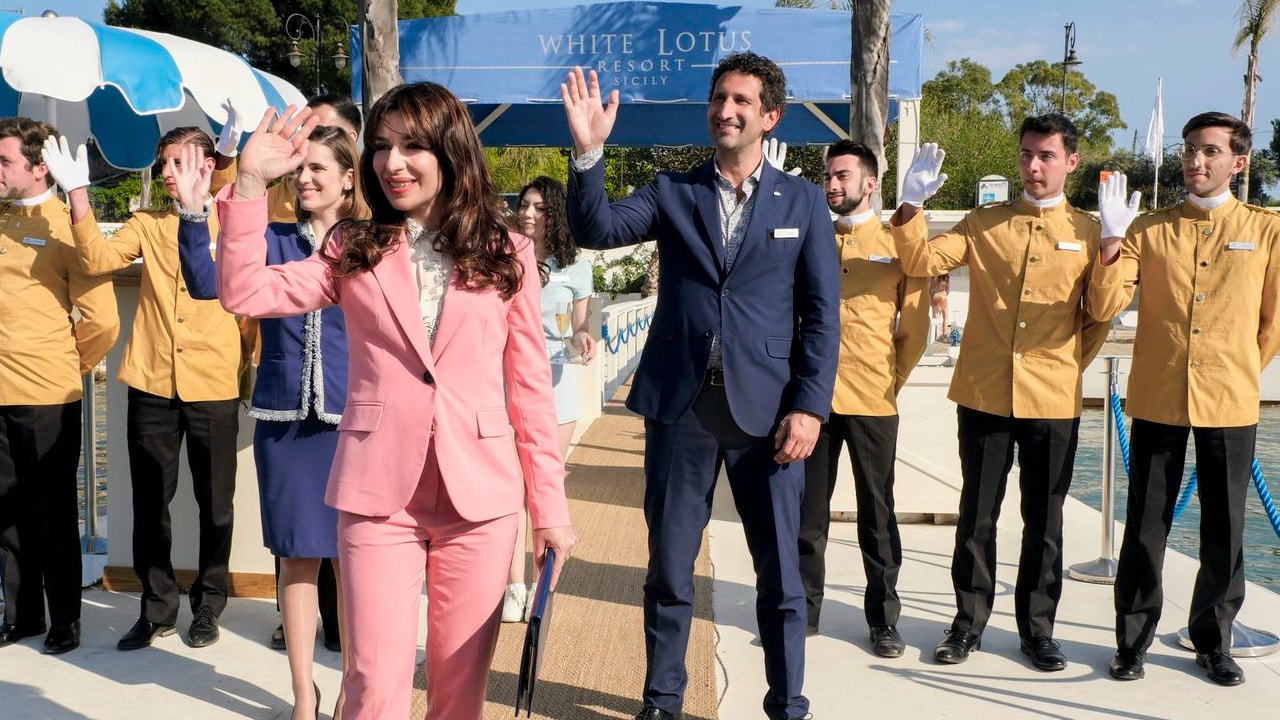 One of the clear television highlights of 2021 was The White Lotus which brought audiences to the titular Hawaii resort for 6-episodes of cocaine fueled murdering ass-eating fun. After both commercial and awards success, The White Lotus is back with Season 2 being set in The White Lotus's Sicilian resort with a brand new cast of characters, minus the returning Tanya McQuoid-Hunt (Jennifer Coolidge) and her husband Greg (Jon Gries) who were both introduced in the first season. Directed by Mike White, Ciao serves as the introduction for audiences to this new world and lays the foundation of what is to follow.

Taking the established formula of the first seasons and putting a fresh new coat of paint over it, Season 2 of The White Lotus shows an incredibly promising start as the stakes and drama are elevated. In an opening clearly reminiscent of the first season, the weight of a promised death is once again felt but this time there is more than one body. This increase in stakes is matched by the increase of politics as the show becomes more venomous right out of the gate. While ideals of luxury and power are once again explored, so are bigger concepts like political awareness and sexual relations that while present in the first season, never quite were the focus.

These themes are split between the two new groups of characters. The first sees the married couple of Harper Spiller (Aubrey Plaza) and Ethan Spiller (Will Sharpe) who are on vacation with Ethan's college friend Cameron (Theo James) and his wife Daphne (Meghann Fahy). Harper and Ethan are clearly more politically active and socially aware than Cameron and Daphne with Harper looking down on the pair at nearly every conversation. Harper's relationship however is also one of tension and one can pick up a possible desire in her to cheat on her husband. This is an easy recipe for disaster and being The White Lotus, it is only a matter of time until this pressure cooker explodes.

The other new group sees a multi-generational getaway for the men of the Grasso family as Dominic (Michael Imperioli) travels with his son Albie (Adam DiMarco) and elderly father Bert (F. Murray Abraham) to discover their Italian family roots. While largely unspoken in the episode, there is a clear problematic elephant in the room for this trio as Bert problematically flirts with every young woman he runs into. There is a tension at some moral dilemma that has caused this family to split and divide leaving these three to pick up their pieces. While Bert might be the louder concern of this trio, the episode dedicates multiple segments to hinting at Dominic's problems also that suggests he has been unfaithful to his marriage. This is a natural plot to go in opposition to Harper's drama that can equally stand on its own while also playing into the thematic exploration of the betrayal of love found elsewhere in the show.

This thematic thesis is also found in the final main storyline that sees tension grow between Tanya and Greg. Not only are there clear issues between the two with Greg bordering on being emotionally abusive at multiple points, but the episode ends with the realization by Tanya that Greg might be up to something darker behind her back. Trailers have shown that a main arc for this storyline throughout the season will be Tanya investigating if Greg is cheating on her, so this finalizes a foundation of three separate stories that are all working together to break down the emotions and layers of infidelity and a struggling love.

The final main point to discuss within Ciao is the technical ability of the show. Trading Hawaii for Italy, the show is once again gorgeous with The White Lotus resort once again being nothing short of a dream. Rather than revolutionizing its technical identity, The White Lotus evolves what has already been established with things like the new score and theme from Cristobal Tapia de Veer incorporating some of the same beats and swells of his work in season 1. This evolution allows the season to stand uniquely on its own while also still feeling connected to the larger franchise. This idea is near genius and one can only anticipate its potential as more seasons are realized.

Ciao is a fantastic debut for the season with a clear path set for exploration, even if the specific details are still up in the air. The White Lotus maintains its position at the top of television and if the follow through is even half as strong as the original season, this is sure to be another excellent season for the show.
Become a Patron!