Terrence Malick is one of those filmmakers who continue to draw audiences in thinking he is on the verge of a masterpiece only to disappoint with a film that values an overly meditative and lingering style that lacks substance or even plot most of the time. The major reason so many including myself are so willing to jump into every Malick film with optimism is that we have seen just how brilliant Malick can be when all the stars align creating a unique and deep look at life and the huge questions that come with the experience. The main example of this is 2011's The Tree of Life, following a family in the 1950's and the struggles the traditional family unit brings specifically with the toxic relationship between father and son. At first glance, this plot seems decently basic and small but through some incredible visuals and raw emotion present, this becomes something so much more. 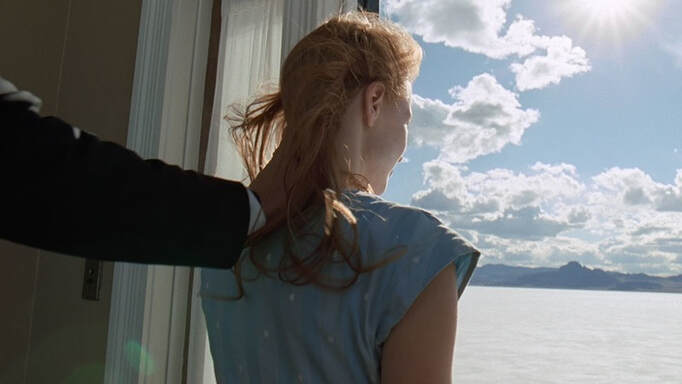 It is impossible to look at a Terrence Malick project and try to avoid talking about the style. There is no easy way to universally judge the quality of this style of filmmaking. It is slow, loose, and nearly 3 hours long. No matter how much analysis one brings figuring out the deeper meanings and thesis this film is building at the end of the day this type of film is not going to work for the large majority of people no matter how brilliant it might seem to others. To understand one's perspective on this film you need to understand one's perspective on the style of this film. Personally, when it comes to these longer looser movies it is very hit or miss, it all comes down to how much it engages me and my emotions. If a film can connect with me and make me feel strong emotions I am much more open to the lingering scenes that appear to hold no importance to the plot of the film. It almost becomes as if you are in an art museum and a piece strikes you a certain way, those emotions will carry your experience and allow you to feel more engaged and connected to the artwork. If a movie fails to connect with me in this way (like Malick's new film, A Hidden Life) these lingering shots feel boring and uninteresting. For a film like really anything from Terrence Malick's filmography it requires a strong emotional connection to be established drawing you into the meditation it is leading. The Tree of Life absolutely succeeds at this. Through the plot of this traditional family and the relationship between Mr. O'Brien (Brad Pitt) and his children, the film was able to draw me in. It is able to use this plot to explore much larger themes and ideas that made the film emotionally engaging such as control, childhood, freedom, rules, and existence to name a few. These are huge ideas that the film is able to explore and present in a way that was captivating and powerful 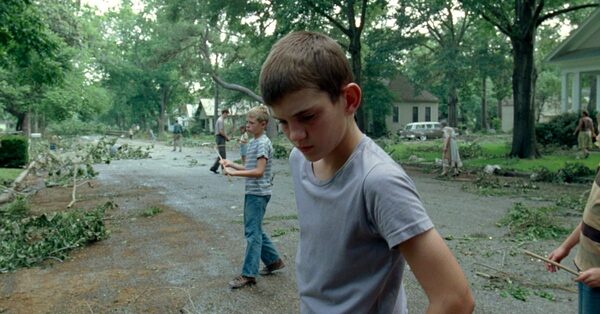 A lot of this is due to the performances given in this movie. Brad Pitt shows an entirely new side to himself becoming a father that is guilty simply due to the time he lived in, choosing to embrace a strict and argumentative philosophy of parenting creating distance and hostility between himself and his parents. Mr. O'Brien never really comes off as the bad guy though, setting the film in the 1950's it is understood that this was where society was at this point and that Mr. O'Brien was simply doing what he felt society around him had said was the best option. The children in this film are also all extremely solid, this is a film that at times asks a lot from them, from quiet rage, subtle emotion, fits of uncontrollable anger. Hunter McCracken, Laramie Eppler, and Tye Sheridan all give impressive and touching performances that completely sold the dynamic being presented on screen and should be noted for their work. If there is one actor who does get a bit over shined it would be Jessica Chastain, it comes as no shock that whenever she is given a big scene she absolutely kills it but even in a movie like this with a 3-hour runtime she sadly often isn't quite given enough to do or enough emotion to really chew on during her scenes.

If there is one element of this film universally loved it would be the visuals, Emmanuel Lubezki is easily one of the best cinematographers working today and his work might not get any better than this movie. It is unique and uncanny at times but also paralyzingly beautiful. There are shots in this film that feel like they belong in an art museum they are so polarizing and filled with just pure power. The score from Alexandre Desplat is also really lovely having huge moments of unleashed emotion while also knowing when to be quieter and embrace a subtle approach. The only thing that didn't quite work out technically was some of the special effects, sure it was 2011 and CGI was still in the process of finding its place, but man does some of the visual effects look weak. Luckily these scenes are very minor and once we get into the actual meat of this emotional drama there really aren't any visual effects that take you out of the experience it is building.

The technical and emotional power of this film comes together to create an experience that honestly floored me. It is so hard for me to talk about a movie like this as there are almost no words to truly describe it. Not only is the experience of watching a film like this so personal and deep but to try and describe what specifically about it makes it so profoundly beautiful and powerful is just impossible. This movie is one of those that had that "it" factor to it. This film left me just stunned, it spoke to me on such a deep level that to try and relate my experience of watching the movie is just impossible. This is not just a movie, this is art. It has a soul behind it that is so loud and captivating. This movie is just incredible, it is one of my favorite films of the decade and really is essential viewing. There is no point in trying to lie and write more words that would continue to the injustice of trying to review this film and explore the objective qualities of it. Sit down and watch this film, if you have been putting it off please don't any longer. This is an experience that all should at least put effort into experiencing.