Even more than in previous years, A24 has been having a rough first part of the year and where they appear to be setting up one of the best summers they have ever had, with every movie I expect to start that great summer comes disappointment and frustration. Maybe that is the reason I really didn't have much hype for this movie going into it, where the A24 Podcast with the director Joanna Hogg and friend Martin Scorsese was fantastic and it's clear this is a project that means deep things for Hogg but there are so many movies that have the same deep connections and fail. Luckily for her, I don't think this film is some huge failure. 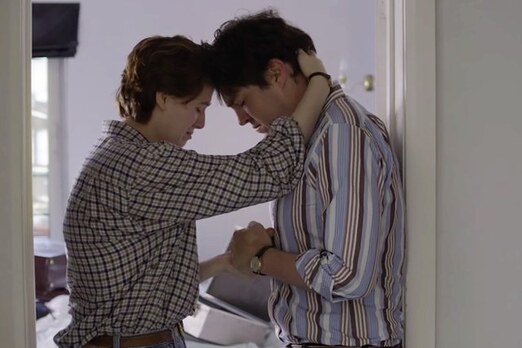 The Souvenir follows Julie (Honor Swinton Byrne), a young   and ambitious filmmaker finally out on her own making   her first films and experiencing what it really means to be a   writer and director for the first time. This takes up most of   her time until she meets the mysterious and charming   Anthony (Tom Burke) who begins to take up more and   more of her time in a relationship filled with trials and   battles yet for whatever reason she can't walk away. She   stands for Anthony even as her friends and family grow to   see him as almost an infection sucking her life away from   her. Still, Julie sides with Anthony and tries to look away   from the bad inside of him for as long as she can. Easily the   best part of this movie lies in its acting. Honor Swinton   Byrne is still relativity new to the acting scene but she is just   fantastic in this film. She comes off as so genuinely sweet   and likable. You always wish nothing but the best for her and even as she goes against logic and what makes sense. Tom Burke is also great on the other end as Anthony. When you think about his role there actually is a lot he could have screwed up, he has to be an asshole who we don't like but also has something to him so that it feels as least semi-reasonable that Julie would stay with him through the struggles. He has to balance this performance out and if he sways too far on either side it would completely ruin how this film works but he is able to pull it off marvelously. Their relationship even really translates well, sure its unhealthy and the audience roots against them but there is some level of chemistry there. 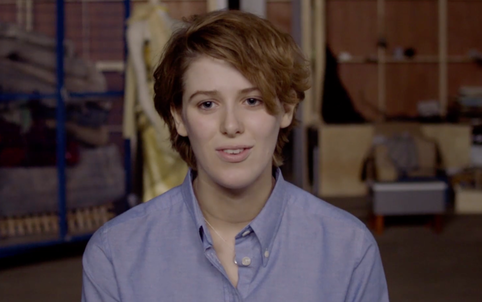 This is also a gorgeous film to look at, despite working in mostly smaller settings David Raedeker is experienced with the camera and is able to capture not only some really unique but some absolutely stunning shots. The artistic direction in this film also helps make it stand out, I am usually a big fan of films that use a lot of noise on the screen and it really works for what this film is going for. This movie wants to feel aged and rustic in parts and things like this help add that sense. The costumes and set designs also are really fantastic at helping build this world and at sucking the audience into it. With these elements creating a great foundation it is easy to see that the people behind this film had some great talent, these are a great starting point into building a great movie. All you need is the right direction and story to propel this into being something really special, unfortunately, this is where the film fell apart for me.

This movie simply tries to be something it's not, it turns its artistic elements up to as high as they can go and tries to find an incredible amount of depth and poeticness in the story it is telling. Though the story itself lacks this. There is not a lot to sink your teeth into with these pretty basic relationships and situations. It would be fine in a normal movie but once you start putting cutaways to deep sounding quotes and go out of your way to create awkward sounding dialogue and moments it just doesn't work. At least for me, this film clearly had a misunderstanding of what it is which really hurt it. Instead of being sucked into this story I felt bored, with the strange editing and fast cuts it even got straight up hard to follow at points. It also goes on to feel long as it goes in circles, there are so many scenes that feel like they go nowhere and exist for no purpose. For so much of this film, there is so little development, sure you could say that falls on the writer and it does, but with the story being told I don't see where they would have expanded.

The Souvenir ends up being a classic example of style over substance, it appears to be a true work of art filled with heart and emotions but when you actually look for its supposed depth it ends up feeling bland and empty. Despite this, I am interested to see what these filmmakers do next as their craft is of high enough level. Even if it is the sequel that starts filming in a few short months I will show up to see their talent, I just hope the story is enough to truly satisfy their needs.​