Years ago when I first sat down to watch The Social Network I really wasn't expecting much. I didn't know anything about the movie except for the basic premise and didn't know the history of Facebook so I was prepared for a very generic movie about a couple of kids defying the odds and making the worldwide platform that is one of the biggest social media companies of all time. I was not at all prepared for what this movie actually turned out to be. This is so far from being just another forgettable biopic movie about someone doing something great, it is dark, twisted, sad, smart, and really fucking good. 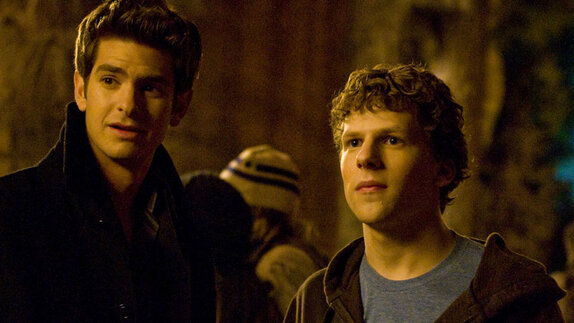 This movie feels ahead of its time, especially when it comes to its script. it feels so similar to a movie Adam McKay would be writing now. It moves at such a fast pace and is so smart and witty with its dialogue. This helps grab the attention of the audience right off the bat and keep them invested despite plenty of the actual content would probably be uninteresting on its own as it dives into a lawsuit and focuses on things such as coding which would be a big disconnect for plenty of the audience. Though it's not at all boring or hard to digest which is wildly impressive on its own. For being filled with multiple actors I don't normally like the acting is also quite impressive. Jesse Eisenberg gives the performance of a lifetime as he sinks into being Mark Zuckerberg. He comes off as so smart but also as a gross human being who we get to see his true colors as the film goes on. The audience grows to hate Zuckerberg which depending who you ask is either justified or not. Andrew Garfield is also really solid. His performance is one of the strongest when it came to emotions and you really grow to feel genuinely bad for him. Armie Hammer also was a standout playing both Cameron and Tyler Winklevoss. Despite playing brothers these are two very different people and roles and the amount of chemistry he is able to have with himself it just another example of how incredible he is as an actor. This decade has been amazing for him and easily has propelled him to be one of my favorite working actors. 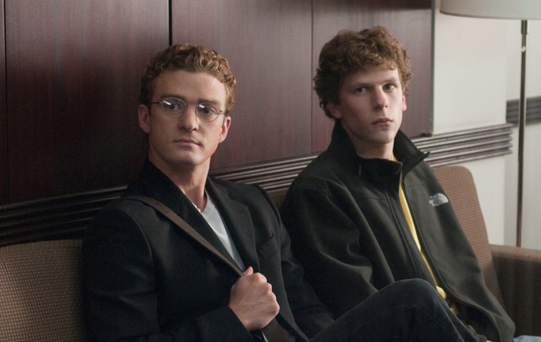 The main issue I have is pretty minor but I do have with the movie is the actual structure it chooses to use. It cuts back and forth between the events of the story playing out and the characters meeting during the lawsuit. This type of story structure is nothing new but it doesn't play to the strength of the story being told here at least for me. It would take me out of the events themselves and felt like it really didn't add much. I also wish Armie Hammer had some better resolution with his two characters as they don't get a satisfying end to their story but they side points and they are able to nail the landing with our two main characters. The Social Network is not for everyone but for me it is nearly perfect. It is one of the best character studies that I have ever seen and holds me in the palm of its hand every time I sit down for a rewatch. This is a masterclass in screenwriting and brings the best out of its actors. This movie is something special and if you have time to browse Facebook you have the time to check this one out for yourself.