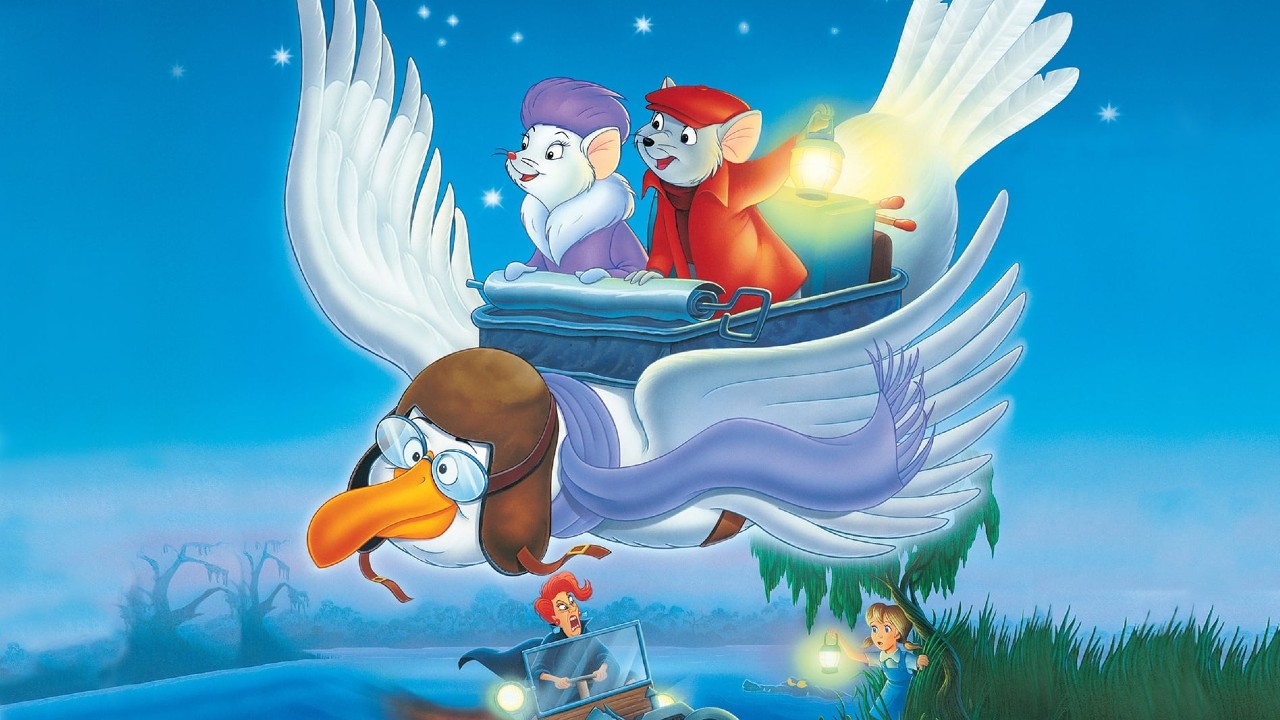 When it comes to Disney films, one of the quickest to get forgotten seems to be The Rescuers. Had it not been for the overall received sequel, it seems like many would forget the film existed at all. Following a somewhat strange premise of two mice going on an adventure to save an innocent little girl named Penny (Michelle Stacy) who seems to be in trouble considering a note that washed up in a bottle that luckily is found The Rescue Aid Society, a global organization of mice dedicated to helping those in need, no one can fault the film for a unique set up. Still, the film is rather underwhelming which is a common theme for the directing trio of Wolfgang Reitherman, Art Stevens, John Lounsbery.

On paper, it feels obvious that The Rescuers would at least be able to craft an interesting world with the perspective of heroic mice being something both unique and intriguing. There are million unique beats the film could embrace and the film embraces this idea early on. The early introduction to The Rescue Aid Society is fantastic with memorable iconography and inspired ideas on how a society like this made of mice could work and operate. The film continues to embrace this creativity in its best moments throughout the runtime with nearly every notable joke or idea coming from this embrace.

The animation also gives the film a promising foundation. Specifically when it comes to building mood and setting, the film is excellent. Its use of colors and hues creates atmospheres that feel tangible and effective. From a dark rainy night to a warm room lit by a flame, these are beautiful uses of animation that help suck the audience into the film and give the film an emotional control over the audience that is perfect for juicy twists and turns. The problem with The Rescuers isn't its ability, instead the problem is the actual concepts it is trying to pull off.

The story of The Rescuers is one of the dullest in Disney history. While one might think the natural stakes of a child being held against their will would be enough to create something in the vein of thrilling drama, the actual situation is baffling, confusing and random. There is no sense of real logic or cleverness given to give the audience anything of substance to chew on with the plot feeling rather hollow and dull. It doesn't help that the main villain herself, a woman named Madame Medusa (Geraldine Page), is completely forgettable and forced with her character almost feeling like a parody of what she is supposed to represent to the plot. With just a little bit more energy and consistency, the film genuinely had the potential to be a camp parody but the lack of self-awareness curses the outing to simply be flawed.

The only other main highlight would be the performances. While no one is spectacular, Michelle Stacy is especially surpassingly strong as Penny with her character easily being a source of annoyance with nearly any other performer. There is an innocence to Stacy that just makes the character work and have the same innocence one needs out of a child character. Both Bob Newhart and Eva Gabor are solid enough as the main two mice who go to save Penny, but their characters ultimately feel hollow and the misogynistic backbone given to their dynamic doesn't help.

The Rescuers is a film often forgotten, and it is easy to see why. While the film might not be a total disaster, it simply is bland and sadly wastes some genuine talent from both the animators and the performers. There are so many angles that the film could take to be interesting and memorable, yet the film consistently takes the most boring option to give a lifeless feature that is neither exciting nor entertaining.
Become a Patron!