what if you could 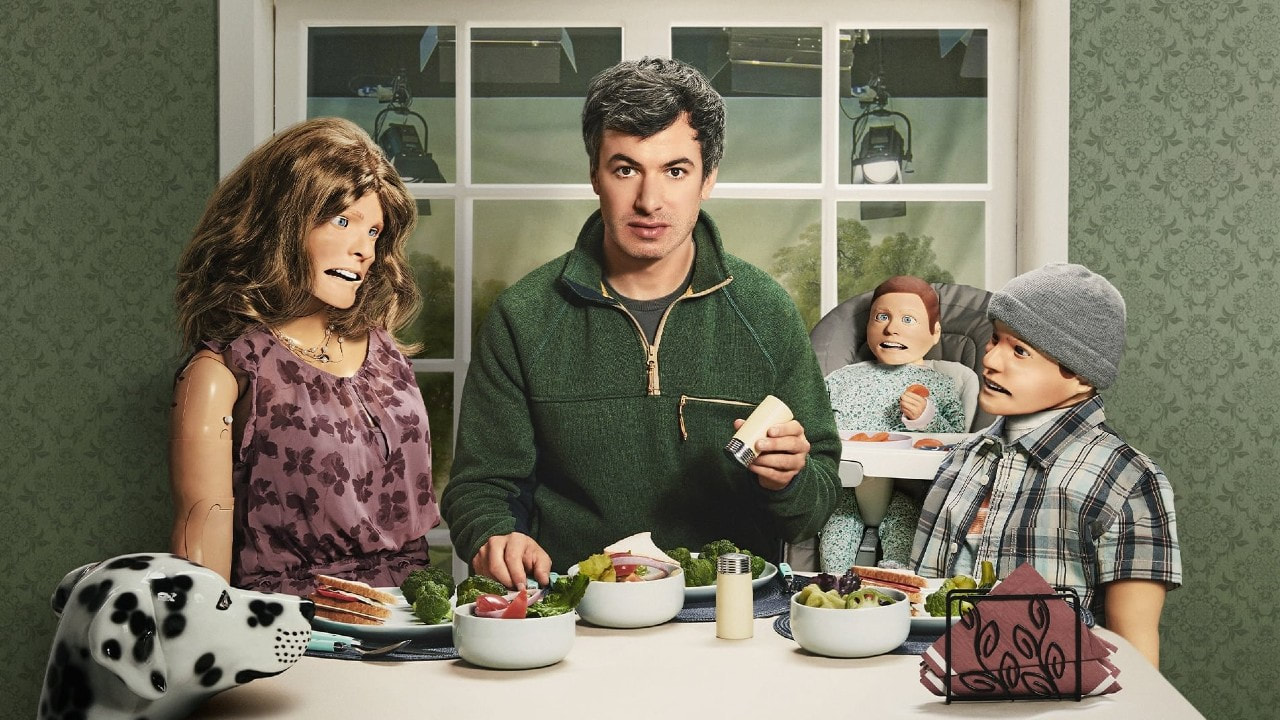 Out of all the comedians to translate their talents in front of a camera, there remains something particularly special about Nathan Fielder. Known best for his Comedy Central series Nathan for You; the awkward yet poignant look at humanity which Fielder defines his work with has proved to be both unique and captivating. With a rapidly growing fanbase and rave reviews both from critics and general audiences, it wouldn't be long until Fielder found his way onto the small screen again with his new home HBO hosting The Rehearsal. Following Fielder as he helps a group of individuals prepare themselves for tough situations by putting them in fictionalized versions of those situations where they can experiment and experience what they are about to go through before they actually do it, The Rehearsal is messy yet undeniably worthwhile.

Watching The Rehearsal, it can be almost jarring at points with how the show structures and builds itself. With the first episode taking place right before the COVID-19 pandemic and the remainder of the series taking place after the pandemic had begun, it is clear that the actual vision for the show got radically changed part way through production. The initial episode, which sees Fielder help a man named Kor Skeete tell his close friend that he lied about his educational history, sets the stage for a genius show. Putting real individuals in these situations exposes authentic fear and completion in a way that no other show has done before. Carried against the backbone of Fielder's comedic sensibilities and coming to a strong conclusion where the individual actually has to go through with their plan, this is a masterpiece of a formula. Sadly, likely due to limitations of filming during the pandemic, the show is forced to largely abandon this identity. Starting with the second episode, the show takes on a grander season-long narrative of Fielder running a multi-week simulation for a woman named Angela who wants to understand what it means to raise a child. Using child actors; Angela, and eventually Fielder himself, go through the motions of parenthood. Sprinkled throughout are smaller bits that more resemble the first episode, but largely the show feels unrecognizable from that initial idea.

This switch in direction has both its pros and cons. To say that this new path is poor simply would be false. While some of the more forced moments of narrative and conflict stand out like a sore thumb, this is still a concept that has plenty of meaningful results, especially towards the end, the show finds some heart-shattering final results. As a series however, this switch is undeniably rough. Not only is the abandonment of a great formula somewhat frustrating, but how the show attempts to blend the ideas is incredibly messy. Especially towards the middle of the series, the lack of direction and focus is clear leaving a viewing experience that can be too drawn out and overall confusing. Just as the audience settles in with Angela's story, the focus switches to Fielder helping Patrick who is trying to confront his brother over their grandfather's will. As that story builds and reaches a rather stunning conclusion, the audience is thrust back into the more mundane tale of Angela. This bouncing between stories causes whiplash and makes the show as a whole feel discombobulated.

Luckily, there are some positive consistents. Fielder is incredible throughout the series with his ability to confront human behavior, and almost create a parody of it, coming across as flawless. Never does his identity reduce or trivialize the emotions being shared around him, instead it enhances them. The Rehearsal is a show that sneaks up on audiences. Out of nowhere, a line or interaction will appear that is so authentically poetic or poignant that it floors the audience. It is a show that will have audiences laughing one minute, and immediately crying the next. This flow of emotions always feels justified and it never feels like one side hurts the other. There is a feng shui to how the series moves emotionally that only serves as a testament to how talented those behind the camera are. The production design and sets are also incredible. Especially when recreating a space for a rehearsal, the show's ability to build actually identical spaces like a local bar or Raising Cane's Chicken Fingers restaurant is shocking. While the show probably could have done fine with less energy in this department, the sheer dedication is enough to give the show some truly awe-inspiring reveals.

While it is hard to call The Rehearsal a masterpiece, even if the shift in direction is a fault of the world rather than the show's creators, the show is clearly worthwhile. While every moment might not fully connect, the overall ability to display emotion and create meaningful reflections on the human soul is strong. This is all held within a hilarious package that never feels like it is trying too hard or forcing something that is there. Fielder continues to be one of the most impressive comedians working on screen and one can only count the days until season 2 is upon us.