the princess and the frog 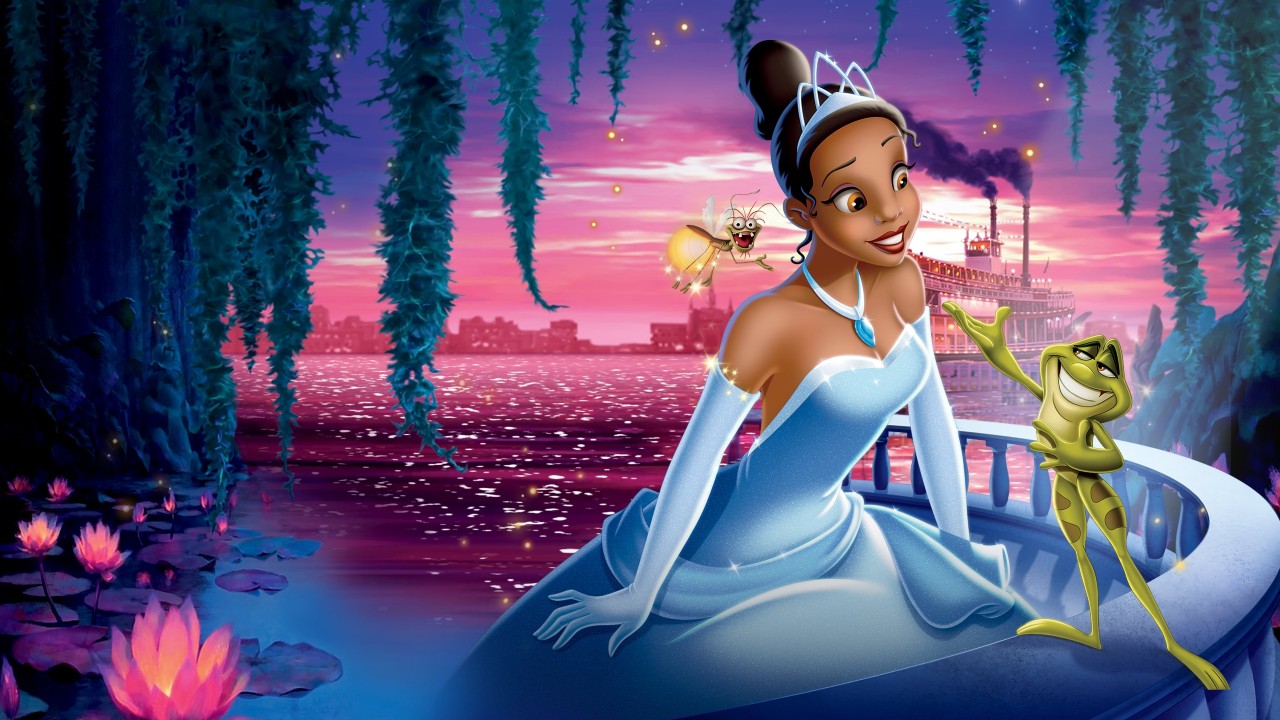 When one looks at the various phases of Disney's animated filmography, a common pattern emerges and repeats. The studio will establish a strong base with multiple features reaching critical and commercial acclaim only for the studio to then begin to experiment and eventually lose the wide praise that was once found. In response, Disney will often return to classic narratives in order to try and re-establish their brand and identity. After a mixed 2000s, Disney looked to accomplish just this in 2009 with The Princess and the Frog. Taking the base princess love story that had captivated audiences for generations with new iconography and an overdue new feat in representation for the studio, it is easy to see why The Princess and the Frog made so many fall in love with Disney all over again on release.

There is no denying that the fresh change in iconography is a breath of fresh air for The Princess of the Frog. The bayou is a location rarely seen in Disney animation and the embrace of cajun culture blended with a masterful understanding of 2D animation leads to a visually stunning feature. The songs are also brought to life with a tremendous amount of color and energy. The visuals prove to be good that even some of the weaker narrative moments gets elevated to be memorable and rewarding as a result. While this is true for the films grander moments, it also is true for its more horrifying scenes with the villain of Dr. Facilier becoming instantly iconic due to the otherworldly imagery associated with his voodoo powers and the devilish performance given to him by Keith David,

There is no escaping the connection between The Princess and the Frog and race. It is almost comical how disappointing it is for Disney to embrace its first black princess with the lack of representation historically from Disney being truly shocking. While it is great to see this achievement, one also cannot overlook the faults of the film when it comes to representation. The studio seems unable to separate characters of color from the south with Tiana (Anika Noni Rose) falling into problematic stereotypes as a heroine and person of color. The usage of voodoo and magic also calls back to problematic stereotypes that were outdated even at the time of release for the film. While one can respect and appreciate the steps forward made within The Princess and the Frog, one can also be critical and express the room for growth.

The actual base narrative of the film also leaves quite a bit to be desired. With a return to hand-drawn style of animation, the film also returns to an incredibly simple narrative that fails to find much worth or excitement. While the agency given to Tiana as a leading woman is a nice evolution for the studio, seeing her and the arrogant Prince Naveen (Bruno Campos) get turned into frogs and have to find their way through the bayou with comedic side characters feels reductive in identity and direction. The comedy and actual emotional journeys within the film feels like dull retreads of what the studio has already accomplished. The comedy is never notably entertaining and none of the emotional beats really hit that hard. Much of the film simply feels lifeless as Disney attempts to go through the motions and expect magnificent results. While the film is never a disaster, it also is never a disaster as its established direction is enough to competently get the film from beginning to end. While after the mixed bag of the 2000s this might have a relieving narrative to see, it is also easy to see why the film has failed to find the same continued cultural relevance when compared to the other Disney Princess narratives to be released shortly after.

The Princess and the Frog might be a key film in looking at the direction of the modern Disney animated features, the film clearly leaves some to be desired. The narrative is largely dull and the representation ranges from overdue to problematic. While the film still has a charm, specifically in its visuals, the overall viewing experience is more average than anything else.
Become a Patron!