save a horse, ride a cowboy:

the power of the dog 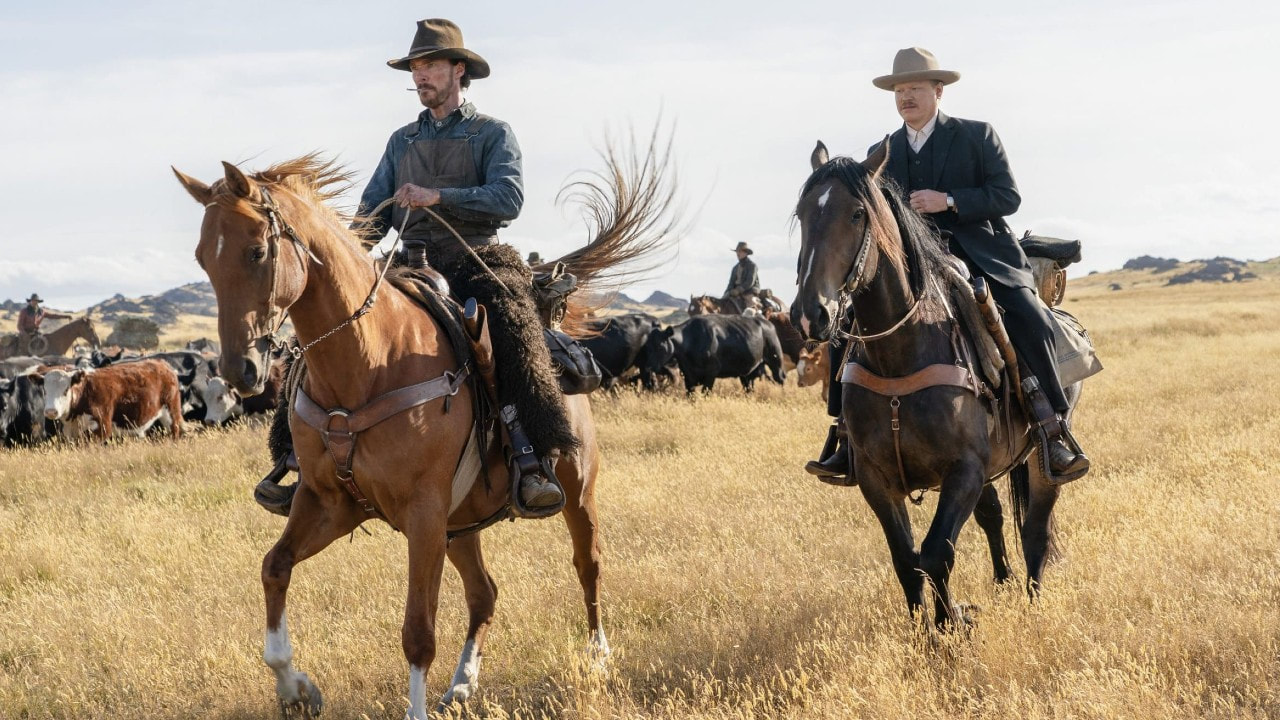 Traditionally within the fall awards season, Netflix has 3-4 major players that they position strategically to gain momentum and earn nominations. For the 2021-2022 awards season, one of the biggest of these contenders clearly is Jane Campion's The Power of the Dog which is screening as part of the 2021 Toronto International Film Festival. Following a cruel and rude rancher named Phil Burbank (Benedict Cumberbatch) in 1920s Montana, The Power of the Dog sets a course to explore toxic masculinity and self-destruction due to societal pressure but ends up massively underdelivering in nearly every aspect of its narrative.

What stands out the most about the film is simply how little the project ends up saying despite its 126-minute runtime. The film's substance and soul come from the analysis and contextualization of Phil as the film goes on and more is revealed regarding the layers to the character. Phil is brash and rude to nearly everyone around him yet the film hopes to use this as a catalyst to reflect on the more conservative and closeted society of the 1920s. Sadly for the film, the audiences watching the feature are not from the 1920s and the revelations throughout the feature feel mediocre at best. Without spoiling what those are, to say that the thesis and purpose of The Power of the Dog is fresh or needed in any way feels nearly laughable. Just scrolling through the list of Netflix Original Films will provide audiences with examples of projects that go far above and beyond what The Power of the Dog accomplishes. Had the film come out in the 1960s it could be seen as daring and moving but in the context of 2021, it feels incredibly hollow and basic.

While fundamentally the goals of the film are flawed, Benedict Cumberbatch does it no favors. Both in concept and execution, Cumberbatch feels completely wrong for the project. Not only is his line delivery awkward and forced but his persona goes against what this performance requires and desires. The goal of the film is to take a gritty and stereotypical personification of toxic masculinity and recontextualize it through tender and authentic emotions. Cumberbatch is an actor well-versed in more charming and sensitive performances so this dynamic fails. It doesn't feel like a surprise or revelation when his performance and character switches but rather the expected path for Cumberbatch to take. Had the actor been a type like Tom Hardy or Chris Pratt who was revealing a new side of vulnerability not to be expected from the actor, it would have elevated the effectiveness of the character and played more on the expectations of the audience how the film clearly wants to. Alas, Cumberbatch was the one selected to bring this character to life and ultimately he fails.

This is particularly sad as the actors around him are rather solid. While Kirsten Dunst has deservingly been getting rather high marks for her work in the film, Jesse Plemons feels like the true MVP of the film. Successfully blending his unlimited personality with a mature edge, Plemmons shines more and more with every scene. While this helps make The Power of the Dog at least watchable, it is also reassuring considering his biggest test yet with Killers of the Flower Moon just around the corner. Kodi Smit-McPhee also is rather strong here, playing a key role in Phil's arc and having to make a more meek character fit into such an aggressive world.

It also feels needed to give praise to the technical elements within the film that bring its world to the big screen. The costume design by Kirsty Cameron and production design by Grant Major create an effective and believable period piece setting but it truly is the makeup work by Noriko Watanabe that casually brings it to life. Every character is filthy, grimy, sweaty and dusty adding to their grit and uneasy sense of aggression. This world feels alive and transformative to the audience which is the highest goal a period piece setting can aim for. While maintaining its grit, the film carries a rather strong artistic flair that comes out mainly within its cinematography and score. The shot composition and framing by Ari Wegner feel inspired while the score from the now legendary Jonny Greenwood feels raw and basic in the best of ways. While maybe not as memorable as Greenwood's other recent works for films like Phantom Thread, it continues to prove Greenwood to be one of the strongest working composers today.

While these elements might make an overall accomplished film when it comes to its technical merits, overall The Power of the Dog is passable at best. The film is rather boring with its final thesis and purpose simply not feeling worthwhile enough to justify the time needed to check the feature out. The film might have good intentions but simply never takes the next step to become something relevant, important or great.