all aboard:
​
the polar express 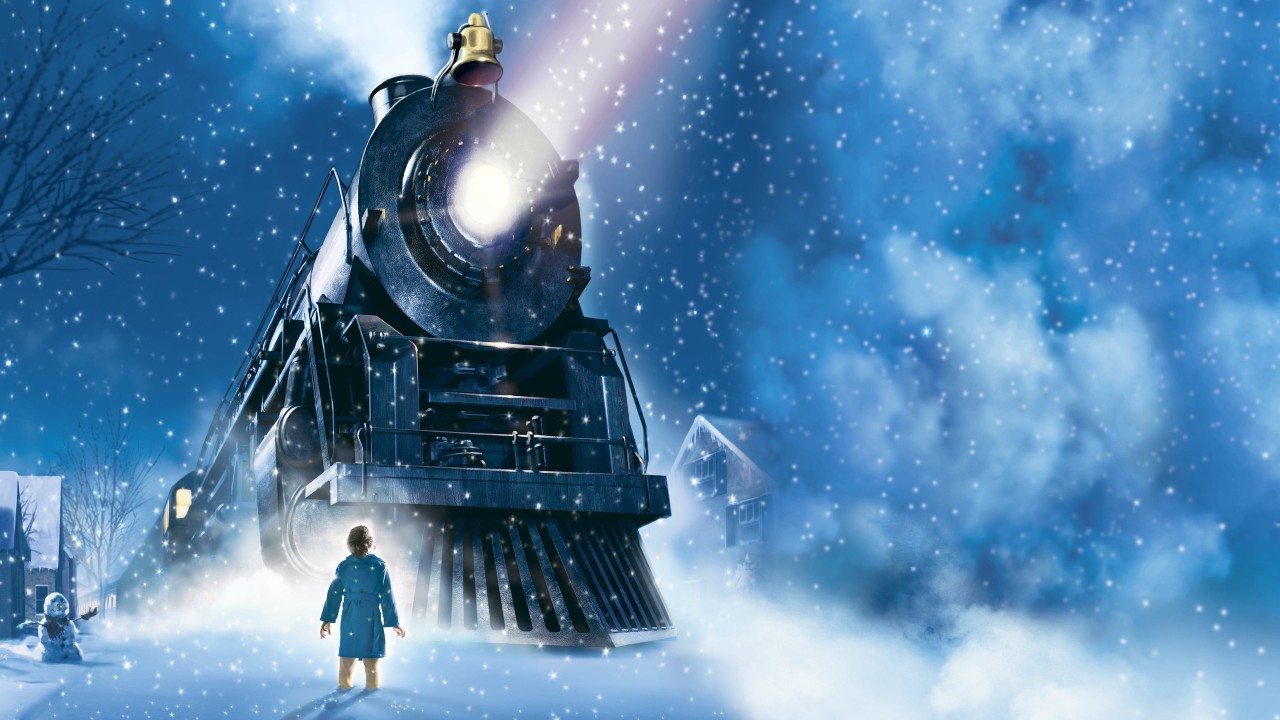 For those who grew up in the mid to late 2000s, the holiday season is almost guaranteed to be tied to Robert Zemeckis's The Polar Express. Not just from the film being played at home and in theaters but also even is school and community events, Zemeckis's animated feature quickly reached icon status within the modern group of holiday texts. Based on the 1985 Chris Van Allsburg book of the same name, The Polar Express follows a young boy simply known as Hero Boy (Daryl Sabara) and a group of kids who find themselves on a mysterious train known as The Polar Express which is heading to the North Pole to see Santa before he leaves on Christmas Eve to deliver presents to the entire world. While Zemeckis' track record and the concept of a CGI-animated feature being made in 2004 are reason for concern, The Polar Express holds up incredibly well with a 100-minute runtime of imagination and magic.

More than any subjective quality the feature could have, perhaps the most important is its animation. The notion of having an entirely CGI feature with the medium of the time is somewhat of a terrifying thought. Many films both before and since The Polar Express has attempted to use similar visual styles to great misfires including Zemeckis himself with his 2009 version of A Christmas Carol. It is for this very reason that it comes as such a shock that The Polar Express looks as good as it does. While some of the character animation is definitely off, the world surrounding these characters are brought to life in a stellar fashion. One can feel the weight and momentum of this train as it passes through the snowy air which the audience can sense against their face almost like they were on the train themselves. The landscapes are stunning with the night setting allowing spectacular uses of lighting which the actual shot design and framing is consistently inspired. There are some extended sequences within the film that rival anything seen in animation either before or after. To this day, the magic and simple awe of what the film is able to accomplish visually is undeniable.

It also helps that the world within The Polar Express is incredibly interesting. There is a mystery and almost overwhelming sense of lore found within the train itself that is somewhat overwhelming while also incredibly engaging. From mysterious letters being punched into tickets to ghosts seemingly living on the train's roof, there are not always clear answers to what is happening but it always feel worthwhile. The set-up is also just great. The characters are basic not in the sense that they are boring but in the sense that any child could incision themselves as the protagonist. It is hard to imagine any kid that saw the film didn't imagine themselves waking up in the night to this mysterious train and going on this life-changing journey. It is exciting and engages the spirit of holiday magic without ever feeling too cheesy or cliched.

The iconography is also a definite standout. The Christmas iconography feels so set in stone and standard that to see a project truly try to reinvent things is remarkably fresh. The North Pole has never looked quite how it does in The Polar Express which is great. There are the standard ideas of Santa and the Elves but the film builds a new layer of lore and dynamics into the world that is a large reason the film itself is so magical. The introduced iconography of the bell that only rings for the true believers and visuals like the gigantic train sitting down a normal suburban neighborhood street are things that stick with audiences and instantly bring them back to the project. As with anything that truly becomes iconic, The Polar Express is an experience that is found nowhere else.

This isn't to say that everything is perfect however. Not only does quite a bit of the character animation look awful but there are a few gimmicks that land rather flat. Having the incredible Tom Hanks voice multiple characters feels rather distracting and quite a bit of the character motivation is weak especially when used to build conflict and drama. Characters are quick to act irrational such as the main protagonist risking his life to give another girl a ticket when she has just gone to give another boy hot chocolate for a few minutes. It is the one thing within the film that really feels unnatural and can at times take the audience out of the viewing experience.

While on paper everything about The Polar Express seems to point towards the feature being a disaster, the final product stays on the rails to become anything but. While maybe not flawless, the film evokes an organic and powerful sense of holiday cheer and magic with a bold and unforgettable story that pushes what animation and filmmaking at the time could be. For those who have gone years without taking the ride, The Polar Express is absolutely a worthwhile train to catch.