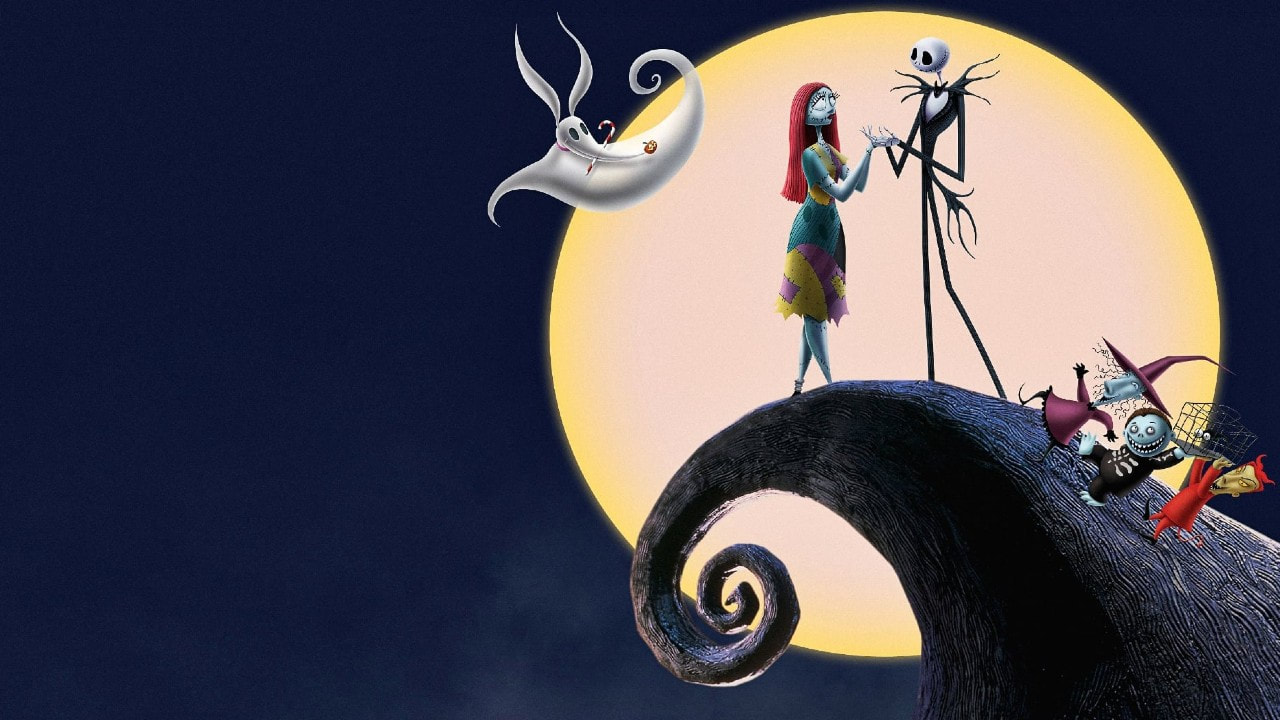 The Nightmare Before Christmas (1993)

Out of every film to touch the sphere of holiday features, none have caused quite the debate and controversy of Henry Selick's The Nightmare Before Christmas. Taken from the mind of Tim Burton, many have debated if the film is a Halloween or Christmas feature as the dark and Halloween aesthetic clashes with the ideals and concept of Christmas. Jack Skellington (Chris Sarandon) and the rest of Halloweentown are celebrating Halloween as always when Skellington stumbles onto the world of Christmas. Obsessed with the new ideas he sees, Skellington decides to throw Christmas for Halloween Town and enlists the entire town to help in tasks like decorating and kidnapping Santa Claus (Edward Ivory). What remains consistent in individual's takeaways however is the quality within the feature that is recognized for good reason.

The immediate thing to stand out within the film from the opening number is just how incredible its animation is. Released in 1993 long before the era of Laika and other modern stop motion connoisseurs, the freedom felt within The Nightmare Before Christmas is clear with every piece of its world and character designs being crafted and perfected. The aesthetic within the film is second to none and Halloween Town still stands as one of the most iconic settings in all of film. The actual quality of the animation is also wonderful. While there clearly are some tricks here and there that stand out like the film’s’ use of fire and water, these elements never feel distracting or poor and instead continue to help build a style and personality to the world of the film. The movements are all incredibly smooth and there are countless small things done like the use of shadows that really feel like the film going above and beyond. There is an artistry to the lighting and cinematography that stands tall and helps the film feel dynamic.

This artistry continues onto the film's romance which ultimately feels like one of its most overlooked strengths. Throughout the film, a rag-doll woman named Sally (Catherine O'Hara) fights all odds to be with Jack and the two form a connection that genuinely feels rather beautiful. Sally is willing to do anything to get even a brief interaction with Jack who is always letting wanting more of his suitor. Their connection isn't one that needs words or grand setups, it is raw and deeper with even a stare between them speaking a thousand words. This relationship feels almost poetic at times but sadly tends to get lost in the minds of many who view the project with its more grounded nature being somewhat overshadowed by the world design and incredible soundtrack. Being the heart and soul of the feature, this also is the clearest where its holiday vibes begin to form.

It is incredibly clear that at its heart, The Nightmare Before Christmas definitively is a Christmas film featured in the setting and catalyst of Halloween. The film is about characters trying to force Christmas and boil down its magic to a sort of formula. They create the overall iconography of Christmas, they observe the traditions of Christmas, but still lack the key heart and love for the majority of the film. The Nightmare Before Christmas is an analysis of why Christmas is so special and magic beyond just the wrapping on the outside. It is a statement that even skeletons and monsters can come together in love and find that magic that the holiday season is defined by.