Jennifer Kent made waves a few years back with her directorial debut with The Babadook and ever since then, fans have been waiting to see what she would do next. After years of waiting finally, Kent is back with The Nightingale, set in 1825 Tasmania, Clare (Aisling Franciosi) is an ex-convict who has earned her freedom after being set free by British Officer Hawkins (Sam Claflin) but despite earning her freedom and serving her time Hawkins will not let Clare go. After years of horrific sexual abuse and one night where Clare loses just about everything at the hands of Hawkins, Clare sets out for revenge against Hawkins with the help of an Aboriginal tracker named Billy (Baykali Ganambarr). Despite debuting late last year it was earlier this year at Sundance where this film built a reputation for itself when the screening had to be paused after an audience member had to have medical attention (though this was due to factors other than the intensity of the movie itself) and a good amount of the people who didn’t have a medical scare during the screening ended up walking out due to the graphic rape and abuse scenes. This made a name for the movie which continued to grow over the months until finally it got released. I went in not sure what to expect and a bit nervous but in the end once again I think Jenifer Kent delivered overall. Where I can’t say this film is perfect I do think it is a pretty solid showcase for Kent as a filmmaker and does raise some pretty interesting ideas especially about revenge and the use of it. 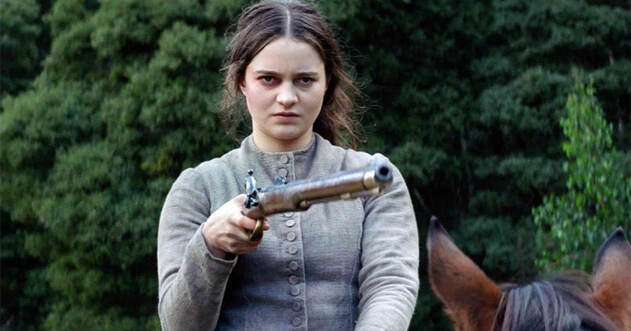 Easily the most buzz around this movie has been about the graphicness of its brutality which has both been praised and criticized. Some have said that it is simply too much and not needed which I do see to a point. Personally, I am pretty ok with brutal scenes like the ones featured in this movie so I want to be clear that they didn't affect me in the way that it could affect others. Where they are disgusting I wouldn't say that Kent ever went too far with these scenes yet this is a very subjective line in the sand, if you are someone who cannot handle brutal scenes of violence and rape just know that this movie probably won't be for you and be aware of that content before you decide to see this movie. In fact, I actually think this worked in the films favor for me specifically with building the character of Hawkins. This is in my opinion easily the best villain of the year. He is so vile and disgusting, even past the first major event at the start of the film that propels Clare into this hunt for revenge time and time again we are shown how evil he is and there is nothing we want to see more than him take a bullet to the face. This is not just amplified by his actions but also the really fantastic performance from Sam Claflin. He has wonderful cockiness to him and an almost swagger that gives this character such an interesting dynamic. From the outside, he seems likable and good yet he is able to flip that switch and become so evil.

Aisling Franciosi is also fantastic in opposition of him, she has a very hard role to pull off as she has to evolve her character very abruptly from a victim looking for survival to a victim looking for revenge even if that means turning in her humanity which is a huge switch but Franciosi absolutely nails it. Sure she is brutal and has flaws to her but the audience rallies behind her and journey for not just revenge but closure. Though where both Claflin and Franciosi were impressive Baykali Ganambarr was downright shocking. This is the first performance he has ever given and just like with Claflin and Franciosi he is not given an easy role to pull off, his character being an Aboriginal at this time period was such a rough time and there so much conflict that Kent brings to light and explores in this film and all of that has to be done through Ganambarr. It is his emotional performance that is the sole deciding factor on if this character and the voice he brings to the story works and he absolutely nails it. This mixture of charisma, fear, and anger all shines through him and I was absolutely taken back by the work he does here. 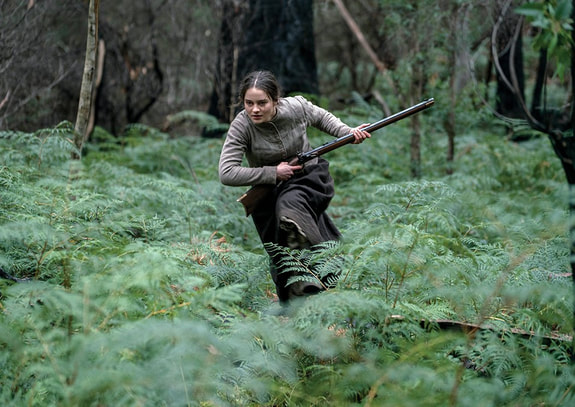 As I mentioned I also think this is a really great showcase for Kent who also wrote the screenplay for the film. This is a time period that not many people know much about and she has to balance the line of bringing this time period to life and having a commentary on that through the character of Billy for example with this universal idea of revenge and exploring what that really means and how helpful it actually is. I think for the most part Kent handles both these elements pretty well, the monologues by Billy are all really well written and interesting providing a voice that has never really been heard on such a large level to be heard and properly explored which also rings very true to modern-day events. I also really enjoy the exploration of revenge, specifically towards the end of Clare's search for closure I thought that she made a very mature observation that is pretty brave and unexpected due to how they set up these characters. Then there is the closure for Billy and that is where the film lost me at the very end. Without giving anything away I felt like the focus of who's story it was swayed too much into Billy and I found that his actions towards the end hurt the overall message that Clare's character brought towards the end. This is hard to explain without getting fully into spoilers but even if you wanted to look at these two characters as two simply different ideas of revenge and closure I don't think it worked how they wanted it to and I found the ending feeling unsatisfying when at first it was really impressive.

The middle portion of the film also suffers pretty sizably from pacing issues as it gets very repetitive. A huge portion of this movie is just Clare and Billy walking through the forest catching up to Hawkins which got pretty old pretty quickly. I also think the film drops the ball with some major moments that should have meant more in the long run. For example where I do love the conclusion between Hawkins and Clare their first encounter after the tragic events towards the beginning of the film should have meant more to especially the character of Hawkins yet instead it falls pretty flat with no real strong emotion or power behind that scene. If I am being honest outside the beginning and end of the film other than a handful of solid moments specifically around the character of Billy I found this film to grow quite boring and dull. From a technical perspective though I think this film is consistently impressive. The cinematography by Radek Ladczuk and score from Jed Kurzel are both brilliant and I love the setting of the film. Past just being an interesting point in time that we don't normally get to see it is extremely rare to see a film like this take place in basically a jungle. Sure it doesn't add much as far as story or emotions go but it does help the movie stand out against other films similar in themes and ideas.

Overall I do like The Nightingale quite a bit, there is plenty in the screenplay to think about and break down finding deeper meanings and conversations being had while also just being an effective revenge film. You want to see these characters find their closure but it is able to avoid falling into cliches from the genre. Sure the middle does get dull and the ending is going to be decisive with me leaving a bit bitter from it but still, overall this film is really well crafted and another good outing from Jenifer Kent. If this one is playing near you and you can handle more brutal and triggering content then I would give this one a go.