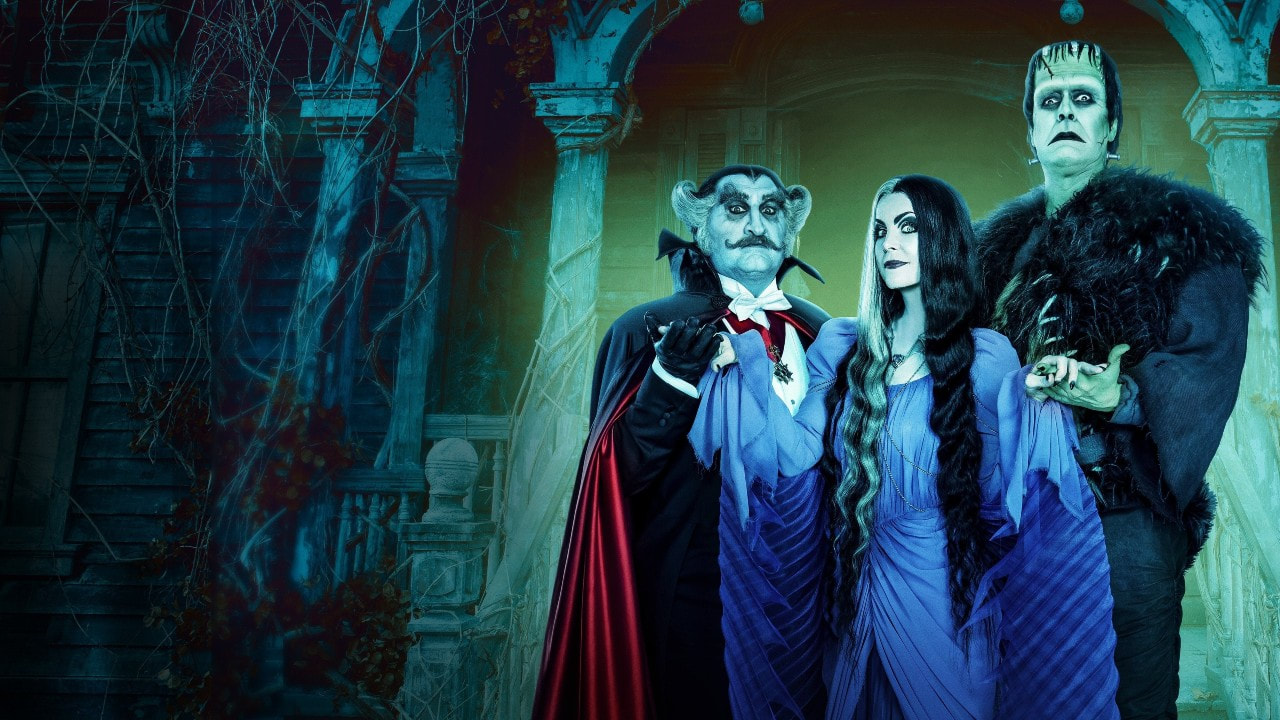 Cinematically, Rob Zombie has defined his career with visually bold and distinctive entries within the horror genre that have gained polarizing reactions from audiences. While it seemed only natural that Zombie would stick to this genre, he surprised some when he shifted his tone more comedically to make The Munsters. Serving as a prequel to the classic 1960s sitcom with the same name, The Munsters focuses on the birth of Herman (Jeff Daniel Phillips) who falls in love with Lily Munster (Sheri Moon Zombie) to the disappointment of her father The Count (Daniel Roebuck). Highly stylized with plenty of neon lights and camp comedy, The Munsters provides a stronger aesthetic than it does substance.

While Zombie has focused his cinematic attention more on the grimy side of horror, his ability to craft visuals is a rather perfect match for The Munsters. Implementing genuinely strong production design and makeup work under a campy lens, The Munsters is one of the most visually unique films of the year. Playing into the sitcom style, The Munsters grounds itself in a tongue-in-cheek tone and flow that is going to polarize many audiences. For those who can have fun with the film and play along, there is a good chance this will be a rather entertaining project. For those who can't, this will be pure torture. All one needs is a few minutes of runtime to determine if this is the project for them.

Due to this style, much of the film's substance is simply non-existent. Rather than portraying a story with depth and captivating drama, The Munsters is a more basic outing. While there is nothing inherently wrong with this idea, it does begin to be noticeable when stretched to 110-minutes. Once one gets adjusted to the visual style of the film, there is very little to actually engage with which causes the film to feel somewhat dry starting towards the second act. While the comedy could help fill this gap, it also suffers from a lack of evolution with none of the jokes being super memorable or standout. While this formula works perfectly for a 25-minute episode, it is a somewhat rough path for a full feature.

If there is one part of the film that is fully successful, it would be the performance. Playing off the established performances that made these roles iconic, the entire cast is rather wonderful. Jeff Daniel Phillips is fantastic as Herman with many of the funniest lines and moments being delivered by him. Sheri Moon Zombie and Daniel Roebuck both have their moments while on the outside, Catherine Schell is strong as Zoya who is trying to find a way to take the castle from The Count. Even when the plot begins to run thin, each of these performances has its moments where they are able to pull the audience in and give the film a needed boost of energy towards the finish line.

While The Munsters might be flawed, this passion project feels overall successful for what it is going for. Playing into the tropes and style of the sitcom while also interjecting the ability of Zombie, the film is definitely watchable for those who can appreciate its style and will be a loving tribute to those who enjoyed the series.
Become a Patron!