return to the source: 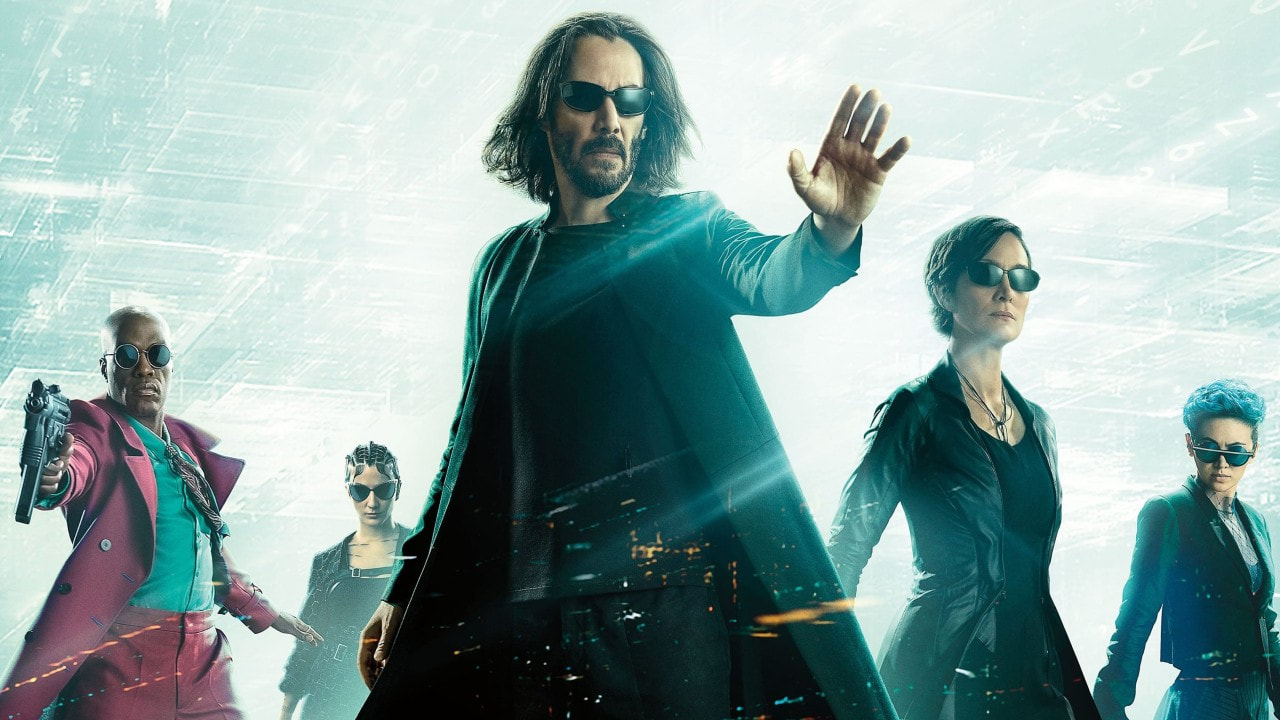 When it comes to 2000s cinema, not many series stand out quite as much as The Matrix trilogy. Coming as the magnum opus for filmmakers Lana and Lilly Wachowski, the sci-fi action series not just featured some of the most badass action ever put to film but also a deeply poignant and layered story that has developed a new identity after The Wachowski Sisters transition. While the psychology and messaging of The Matrix series have become incredibly personal for plenty of individual audience members, it is clear that these films were an important and deep expression for The Wachowski Sisters themselves. Naturally, when it was announced that the franchise would be resurrected from the dead concerns were raised especially as it was clear that it was the studio making the efforts to get a project on the ground over the creators themselves. Finally however, Lana Wachowski signed on as director and The Matrix Resurrections was born. The film follows a game designer named Neo (Keanu Reeves) who has built the incredibly popular video game called The Matrix based on a series of dreams and delusions he has had. Neo however finds that these dreams might not be fictional and that he might be once again plugged into a simulation.

While one could dig for the allegories and connections between creator and project with the original trilogy of films, the ties between Lana Wachowski and The Matrix Resurrections feels undeniable with each party being more connected than ever before. Lana spoke about how returning to The Matrix acted like a comfort for her following the passing of her parents and the film clearly acts as a sort of therapy for the artist. Making the character of Neo have to confront the idea of making a sequel to his creation and even naming the company forcing him to do it Warner Brothers is almost painfully meta. Lana is not just telling a fictionalized story, she is telling her story. At the core of cinema lays the power to express one's worldview and emotions and connect to the audience watching. It is a catalyst for human connection to both validate and push audiences. Out of every film in the franchise to date, The Matrix Resurrections feels the clearest and most digestible in this message. Lana uses the feature to express her emotions surrounding areas like self-identity, the weight of being an artist, and her dealings with discrimination and intolerance even on a corporate level. In this sense, The Matrix Resurrections is an incredibly empowering and raw blockbuster that carries the same level of meaning and poignance as the original trilogy which at its core was the biggest concern of a sequel under the modern cinematic landscape.

The key piece of The Matrix Resurrections is that it does feel more accessible. Specifically in contrast to the other sequels to come before it, the film is far easier to follow and comprehend which will allow audiences who previously felt a distance from the philosophically based franchise to connect with the material. To see this while also maintaining its depth is far from an easy task yet The Matrix Resurrections does a wonderful job at blending the two. While the specifics of how The Matrix operates and the relationship between humans, machines and programs might still be confusing to those individuals, the story of love and connection specifically between Neo and Trinity is far enough to suck audiences in and the then established connection of Lana and her love for her own self-identity follows naturally. It is a film that is both rewarding to die-hard fans of the franchise and those who might not fully understand or appreciate what the series has offered up to this point which is the golden area for a sequel to live in when it comes to identity.

While much of the film feels reminiscent of the first film specifically, there are also clear choices made to help it stand out. While the core root of Neo's and Trinity's love lives on, characters like Morphius (Yahya Abdul-Mateen II) face incredible transformation both internally and externally. Even if some of the sets and dialogue seem familiar, Yahya Abdul-Mateen II is bringing something wildly new to the character with a bright and colorful wardrobe making it clear that this is not the Morphius the audience already knows. The entire world and characters have changed and evolved in a sense that feels natural and needed. Lana's world has evolved and the distance between Neo and those around him who now look up to him as an almost mythic figure is a key piece of the puzzle when it comes to his character and the weight both himself and Lana carry with them. While some fans might see some of these changes as a form of blasphemy, if a series wants to live on for decades it needs to evolve and none of these changes feel disrespectful to the original vision brought by The Wachowski's when the first trilogy was made.

Of course, talking about the philosophy and personal connections to The Matrix is only a piece of the franchise's identity. What also stands out is of course the sci-fi action. Some of the most impressive and truly badass action sequences of all time have come from The Matrix franchise and while nothing within The Matrix Resurrections is quite on the level of what the franchise has found up to this point, it still remains a strong component of the viewing experience. The action is overwhelming and physical with the grand set piece largely being replaced by more grounded fights with crucial pieces of emotional weight and stakes that feel compelling. It is also great to once again see the film use small techniques like changes in the framerate to continue to give the action a unique flair. Many of the franchises made in the 90s and early 2000s used these techniques but slowly lost them over time. To see a return to form that feels as if it belongs to the established franchise gives fans a breath of fresh air and work incredibly well. The CGI itself, when used, is also spectacular with a clear aesthetic and vision being realized.

When it comes to the modern era of sequels and remakes, The Matrix Resurrections stands as one of the strongest outings in recent memory clearly thanks to the vulnerability and authenticity given to the project by Lana Wachowski. The screenplay is able to turn The Matrix on its head while still delivering a product that will be rewarding to fans of the franchise up to this point. The film is personal and honest with Lana Wachowski giving the audience a view into her soul unlike any other. For those wanting to see the potential of the blockbuster genre or understand just why The Matrix franchise means so much to so many, The Matrix Resurrections feels like a near-perfect feature, and one can hope the franchise continues to be of this quality if it ever does continue.