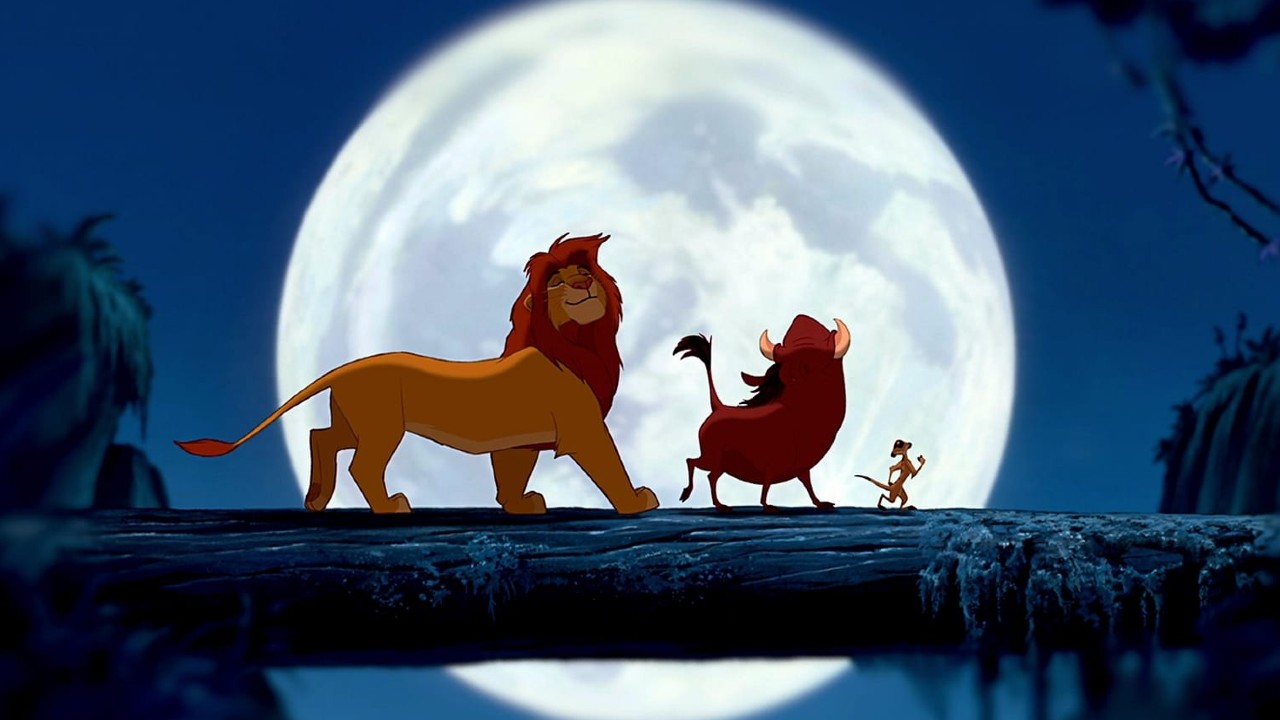 A staple of Disney animation is its usage of classic fairy tales and stories as bases to adapt off of. Often changing quite a bit from the originals, these were never seen as cheap tactics by Disney to get out of original ideas but rather stood as strong foundations that the company could build off of with style and execution. The Lion King marked a unique turn for the company as it became the first animated feature from the studio to be an original story, though inspirations from the works of William Shakespeare are rather obvious. The result of this new direction is nothing short of a true modern masterpiece that oozes quality and emotional effectiveness at nearly every turn.

From the opening frames of the film, The Lion King defines itself as a film of quality and craft, something Disney itself promotes and even creates jokes out of in their 2005 feature Chicken Little. The deep orange sunrise that spreads across the savannah as the young Simba is introduced to the animals of the Pride Lands is one of the most beautiful animated spectacles ever seen. From this moment on, the animation throughout the project is absolutely flawless. Incredibly crisp with an absolutely inspired touch of color and style, the visual design of the world and characters of The Lion King are instantly some of the most memorable in Disney history. There is a wonderful weight given to characters as they jump and run through these environments that feel real and imaginative. Simple landscapes are turned into playgrounds of textures and depth in a way that sucks in the audience and makes them love every frame spent exploring this world.

Make no mistake that the achievement of The Lion King is far from being just a technical one. The story is a rollercoaster of emotion with one of the most tragic and moving emotional depths seen in a Disney project. Clearly drawing inspiration from a number of Shakespeare plays, The Lion King builds drama that is complex and worthwhile. The main fight for power comes from the villainous Scar (Jeremy Irons) who is left with no pathway to the throne once his brother and current King of the Pride Lands Mufasa (James Earl Jones) gives birth to his son Simba, voiced as a child by Jonathan Taylor Thomas and as an adult by Matthew Broderick. Scar decides to create a plot to kill his brother and put the blame on Simba. Simba ends up fleeing his home and growing up hiding from his past until he is left with no choice but to fight Scar to save his home. Each character within this plot is given a legitimately captivating motivation and depth that helps give the project and the emotional beats a meaningful weight and gravitas.

The thematic explorations within the film are also beyond worthwhile. While so many Disney films embrace rather clear and simple messages that rarely actually provide something new or unique to say, The Lion King is a layered look at family and blame with the central question being how one should step up to adversity. Should they take what they want like Scar? Should they lay back and accept their fate like Simba embraces when he runs away? Or should they take risks and fight for what is right? This is a message that is meaningful to audiences of all ages and the film explores this question in a way that is digestible without over simplifying things and ridding this conversation of the venom it contains. There is also a rather bold use of death within the film that carries its own poison and is rather brutal when compared to most animated projects.

While one might think that this darker weight would cause the film to lose the more expected Disney fun, the opposite is true. The Lion King is an often exceptionally entertaining feature with a natural charisma and consistent energy. The songs are some of the catchiest tunes in Disney history while the performances are all incredibly memorable. The weight of James Earl Jones as the wise and respected Mufasa is unbelievable while the innocence of both Jonathan Taylor Thomas and Matthew Broderick as Simba is perfect. There is also no overlooking just how devilish Jeremy Irons is as Scar with him chewing up every line of dialogue to give Disney its best and most threatening villain. The entire slate of side performances are also incredibly memorable with the perfect balance of providing standout lines and scenes without ever distracting or overshadowing the larger plot around them.

While there have been Disney films that have impressed and succeeded in certain areas, it is incredibly rare to find a film with the all-around talent and consistency of The Lion King. Every piece of the film is being executed to the absolute highest quality with the technical craft, thematic weight, and entertaining heart all working together without ever taking away from one another. The Lion King is not just one of the best animated films ever created, but it is simply one of the best films ever made.
Become a Patron!