the fight for the mound:

the last out ​movie review
​
​by carson timar 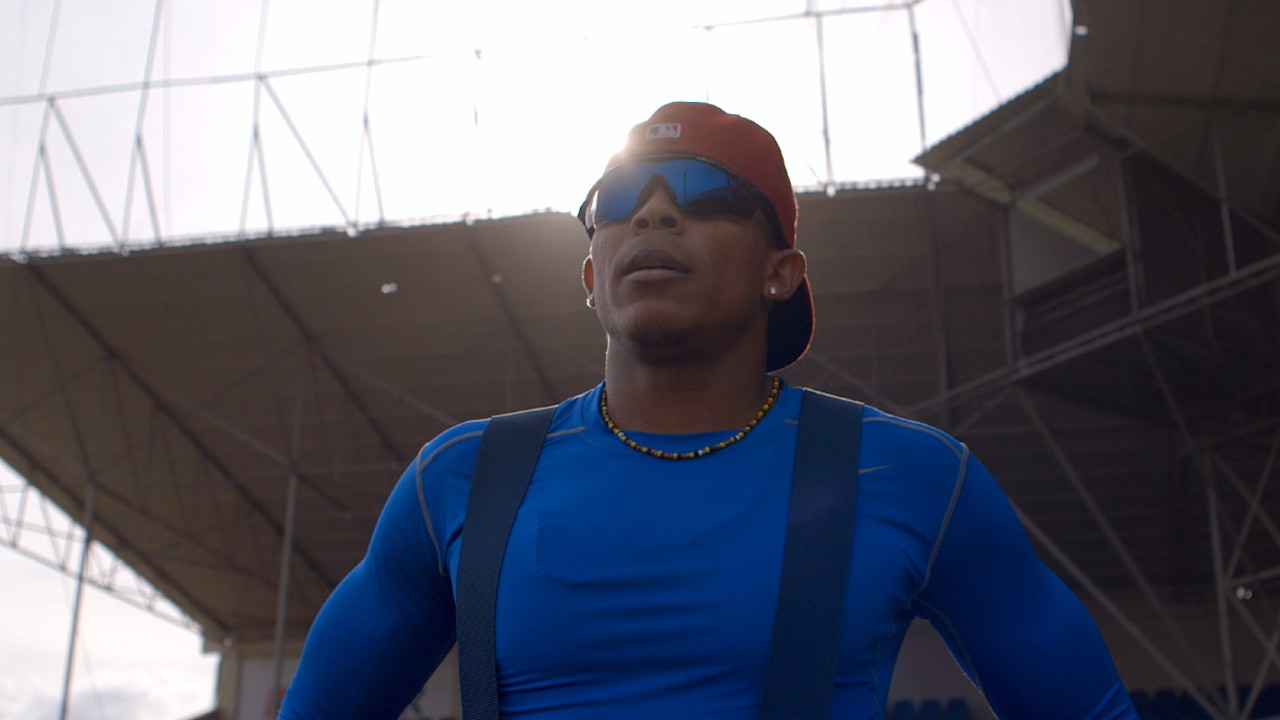 From childhood, it is instilled in plenty of minds that the job of being a professional athlete is wildly unrealistic and is a path sure to be filled with endless trials and tribulations. Michael Gassert & Sami Khan's new feature documentary The Last Out - which is playing as part of the 2021 Tribeca Film Festival - shows this to be the case specifically capturing the turbulent experiences of 3 young Cuban baseball players who are hoping to get signed to MLB contracts in order to provide for their families and live their dreams.

Wisely, The Last Out provides no glamorization of either its subjects or the experiences they have. Ultimately the heart and soul of The Last Out is the personal struggles that these players go on as they fight for their dream. On an incredibly natural level, this is enough to engage the audience and keep them invested for the film's clean 84-minute runtime. This however is enhanced by the rather brutal nature of the documentary which really exposes a tremendously difficult and taxing process these athletes have to endure. It is near impossible not to become invested in every up and down these individuals face and wish them the best.

The tribulations featured are not just due to the difficult nature of what these individuals are trying to accomplish but also due to the humanistic flaws they carry. Where so many documentaries attempt to hide the natural flaws within their subjects, The Last Out confidently and effectively embraces their flaws to deepen the drama within the narrative. It is powerfully painful to see certain individuals mess up and others overcome various vices creating an even more powerful and gripping viewing experience.

As mentioned however, this draw and these emotions are a very natural result of the film and how it handles its focus. Easily the weakest piece of The Last Out is the filmmaking and specifically the editing within the feature. There are countless scenes that feature mismatched editing for the actual emotions of said scene and plenty of times where it is painfully obvious and felt how the film is attempting to use its editing to evoke emotion in a relatively cheap way. The inexperience in crafting feature documentaries is clearly felt throughout the feature and at times it can even hurt the natural impact the film is finding.

The Last Out undeniably has its moments but also never reaches the next step in being a truly great feature documentary. For fans of baseball there is plenty here to make the film a worthwhile feature to seek out, but for others there is little that demands to be seen. It is never a painful or empty viewing experience, but for the highs it does naturally reach, it also feels surprisingly forgettable by the time the final credits run.