is that a metal dragon:

the knight before christmas 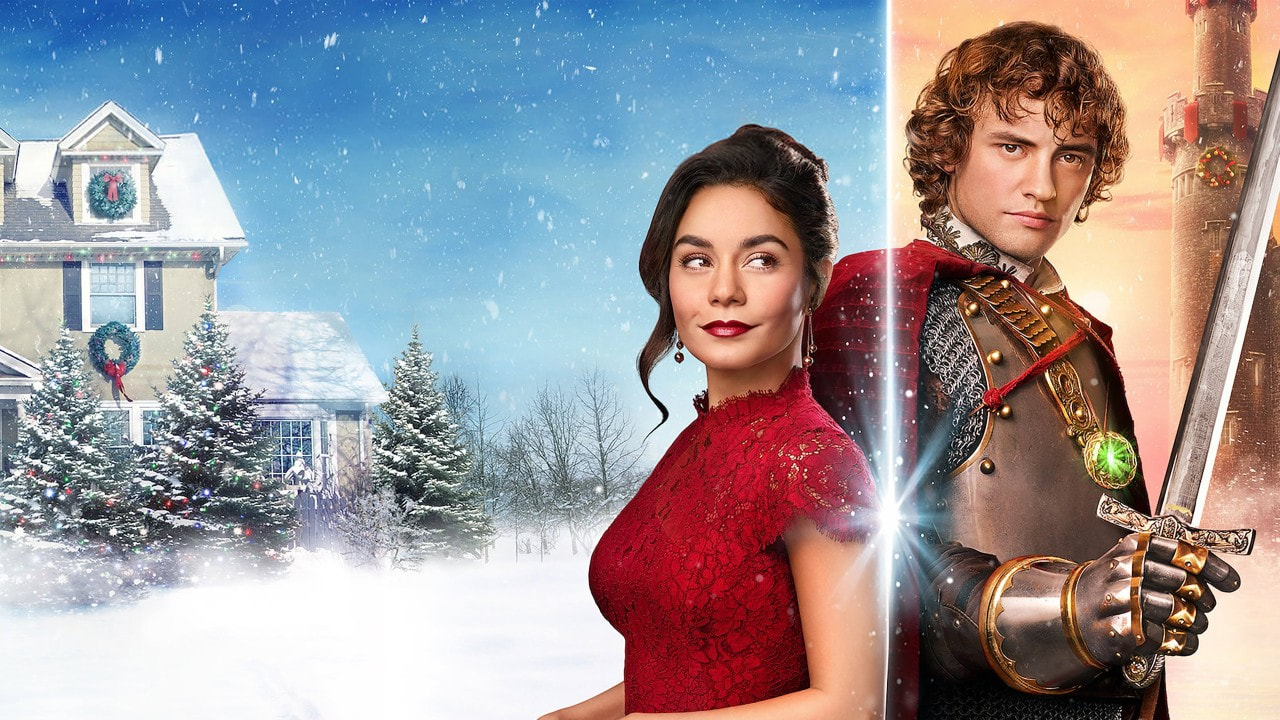 The Knight Before Christmas (2019)

In nearly every bookstore there is at least one dedicated shelf to fantasy romance novels. The idea of typically an innocent single woman somehow finding a time-crossing romance with a brave knight is nothing new but it only makes sense that Netflix would be the studio to bring this story to feature-length. Monika Mitchell's The Knight Before Christmas is everything one would expect from a story like this. Brooke (Vanessa Hudgens) is a high-school science teacher living in Bracebridge, Ohio when one night she meets Sir Cole (Josh Whitehouse). Teleported by a witch to Bracebridge from the year 1334, Sir Cole must complete a mysterious quest by midnight on Christmas Eve if he ever wants to return home.

Taking this premise and boiling it down to the most simple and cliched offering the film could give, it is easy to see why The Knight Before Christmas has failed to inspire much of a following or push by the streaming service when compared to other titles like The Princess Switch or The Christmas Chronicles. From the beginning days of cinema, the fish out of water story has been a defining narrative specifically for the vein of comedy. Seeing characters enter different worlds, and especially the modern world, and act weird or out of place has been used to death as a blueprint for laughs and The Knight Before Christmas makes not a single attempt to elevate or expand on this basic concept.

The peak of The Knight Before Christmas's comedy is Sir Cole being confused about things like cars and airplanes and calling them metal horses and dragons. Every audience member has heard and seen this humor before causing an incredibly unfunny and unentertaining viewing experience. It doesn't help that Josh Whitehouse is clearly more focused on going through the motions than finding charisma or personality. Even in an ironic sense, The Knight Before Christmas is so simple with its set up that it isn't even fun to laugh at rather than with. It is a shockingly bland film when it comes to humor or enjoyment.

The actual heart of the film sadly isn't much better. The film hits every emotional beat one would expect from this story with again no room for change or reinvention. After the first 5-minutes of the film, nearly any audience member could describe exactly what was going to happen and exactly when it was going to happen. Even for the average streaming holiday feature, it really does stand out just how paint by numbers The Knight Before Christmas is. There are hundreds of examples of this story done better and for this to be made in 2019 feels surprisingly basic and disappointing. Much of the blame clearly lay at the hands of screenwriter Cara J. Russell who has spent her career turning out these more shallow holiday specials meaning that in the context of her career, this adds up rather obviously. It also is clear that this uninspired energy carries into Vanessa Hudgens. Hudgens clearly enjoys these holiday streaming projects considering she is in multiple of them and when a project is fun, Hudgens is able to turn on an at least interesting over-the-top performance as seen perfectly in a film like The Princess Switch 3: Romancing the Star. Here, Hudgens is obviously lacking excitement from the script as even she feels like she is just going through the steps with lifeless energy.

Even in the vacuum of Netflix original holiday features, The Knight Before Christmas stands as particularly poor and boring. Where there is little in the film that is truly disastrous on the level of something like A California Christmas, the lack of any energy or inspiration makes it arguably just as painful to sit through. One could read the title of the film and imagine what the film will be in about 2-minutes which will give them the same enjoyment in much less of the time.