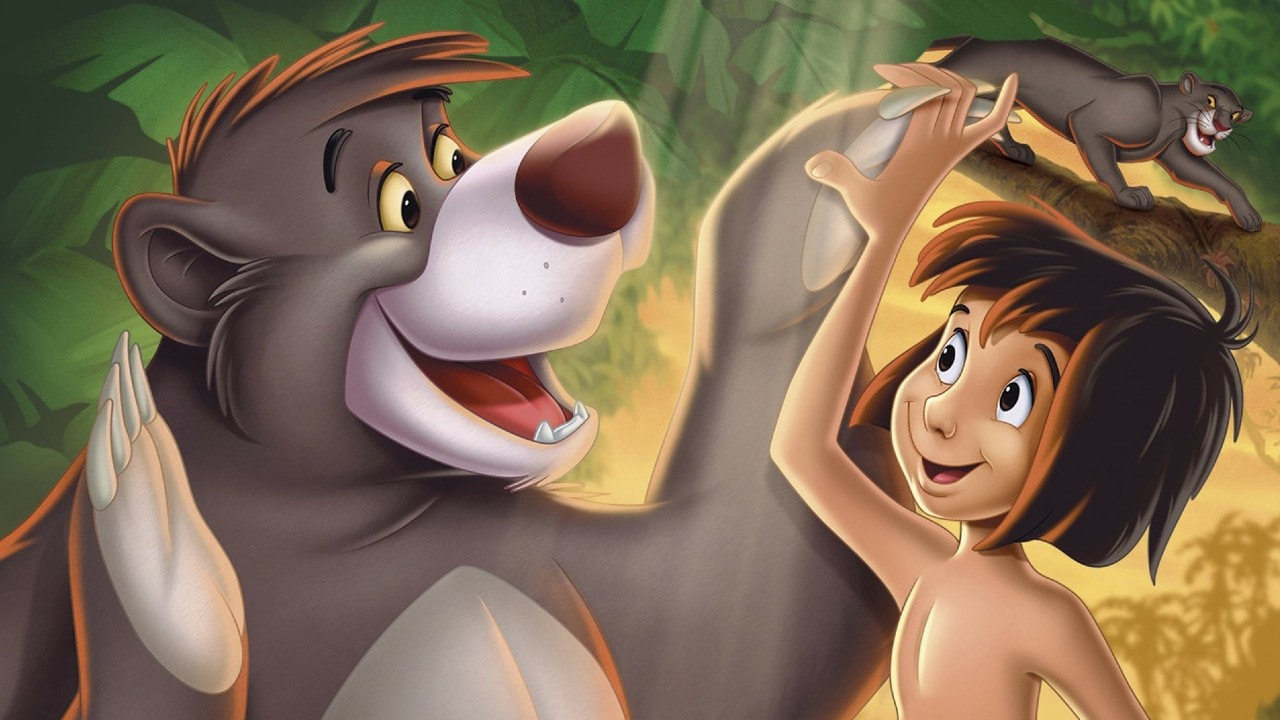 While the studio worked with a roster of a-list talent, there is no denying just how impactful and visionary Walt Disney was for the inspiration and craft of the studio's early features. 1967's The Jungle Book was the last film to be produced by Walt and released less than a year before the film was released. While it is hard to say that the film was a masterpiece, its charming heart and world undeniably served as a fitting cinematic send off for Walt who helped craft another successful adaptation for the studio.

The film centers around a young boy named Mowgli (Bruce Reitherman) who grew up in the jungles of India after being found in a basket by a black panther named Bagheera (Sebastian Cabot). Mowgli is happy living with a pack of wolves but is threatened by a powerful tiger named Shere Khan (George Sanders) who is out to kill the young boy leading to Bagheera making the tough decision to return Mowgli to the human village. Mowgli doesn't like this choice and the two end up running into a wide cast of characters as each tries to achieve what they want.

While the story is simple, there is no denying the fun and magic found in the world of The Jungle Book. Much of the film follows a similar formula that sees Mowgli meet a new character and have to deal with a new threat or challenge. This is a repetition that easily could grow tiresome, yet the charisma and energy of the film and especially its performances help give the film a more entertaining flow. From Sterling Holloway as the devilish python Kaa to Phil Harris as the instantly lovable bear Baloo, every character feels memorable and it genuinely is a joy to interact with each of them. The songs are also some of Disney's best efforts with nearly every track feeling unique and memorable. While many might overlook The Jungle Book soundtrack when it comes to the Disney hits, it is hard to find any other film that is this consistent and iconic.

It also helps that the animation is some of Disney's best. The character animation is absolutely fantastic and the designs used to bring the various animals to life is often impressive. While maintaining their design as animals, the film is masterful at giving emotions and personality to these creatures which helps flesh out the world and push the film's emotions. The actual movement of the characters is also dynamic and involved with a real sense of weight and natural flow. The film often uses a more sketchy visual design which gives a unique visual identity to the feature. Even in the wider scope of the Disney filmography, The Jungle Book stands tall as one of their most visually impressive efforts.

The story is definitely a step below these successes. As mentioned, the story is rather light with the majority of the film being spent just hanging around this world and meeting various characters. While one can read between the lines and find a possibly worthwhile conversation surrounding the toxic relationship between humans and nature, it is hard to argue that this is ever a major point within the thesis of the film. The ending is also an especially underwhelming piece of the feature. For a movie that is entirely based on the conflict of Mowgli being forced to leave the jungle against his will, the ending finds an incredibly effective way to undercut the entire conflict and leave the audience confused and unsatisfied. It also should be mentioned that the film has failed to age well in terms of racial representation with the link between the black community and apes being a disappointing connection with strong roots in historic racist ideals.

While The Jungle Book might not be perfect, it is still a charming little Disney film that carries much of the same charm and talent as the very best the studio has presented. The animation is stunning and the soundtrack is an all-time great. While the story might be lacking, the film embraces a briskly short 78-minute runtime that is able to get in and out successfully without letting the audience sit and really notice this lack of depth. The Jungle Book might not be a Disney masterpiece, but it is an obvious success and a final project Walt Disney could be proud of!
Become a Patron!