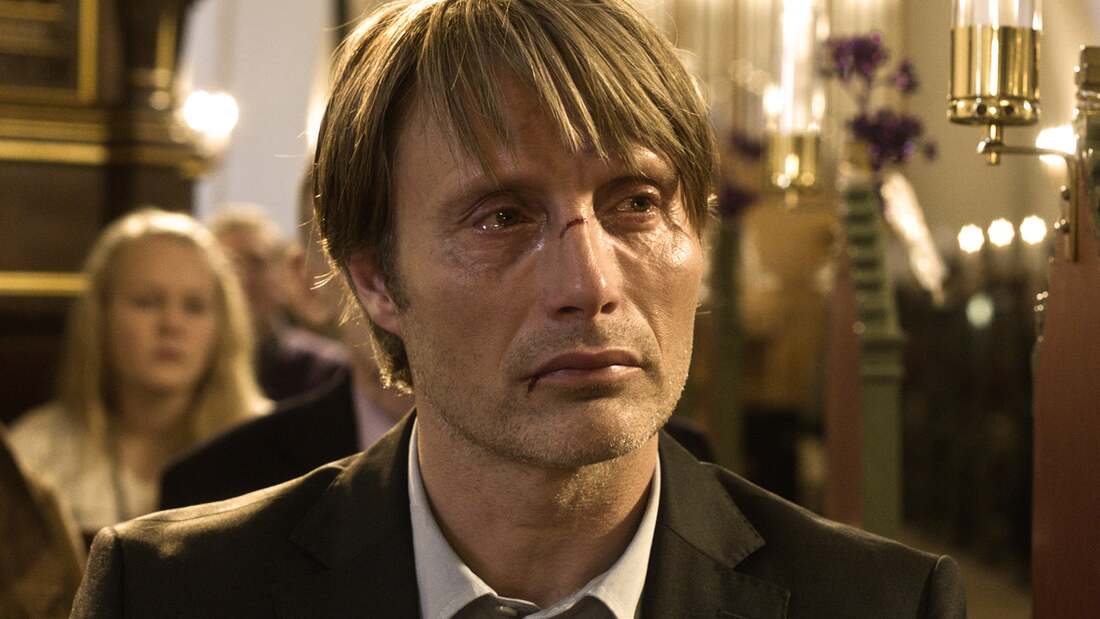 2012's The Hunt introduced much of the world to the talents of director and writer Thomas Vinterberg who surprised many with his social commentary on the dangers of how modern society treats allegations. Following the social downfall of a schoolteacher named Lucas (Mads Mikkelsen) who is accused of sexual abuse by a child at the preschool where he works, The Hunt attempts to push the boundaries regarding the modern conversation surrounding this topic but largely feels like a misstep especially watching the film after the modern #MeToo movement.

With films like The Hunt there are multiple lenses one could view the film under and its effectiveness. The film deserves criticism and conversation both as an objective film and a subjective piece of social commentary. Where the latter will be explored in an upcoming article on Clapper, this review is going to focus more on the objective qualities of The Hunt as a film, which largely stands as positive. For all the flaws that Thomas Vinterberg might have as a screenwriter, he is a filmmaker that understands humanity and the flaws which makes each individual human. Lucas is a character that feels impossible not to root for. No matter what demons lie within him - even past the false accusations his character faces - the film paints a character that is undeniable in his quest for the happiness of not just himself but also those close to him.

This is brought to life by the lead performance from Mads Mikkelsen who feels rather effortless in his ability to capture Lucas in all of his complexions. Where everyone else clearly takes on a much more supporting role, Lasse Fogelstrøm also feels worthy of attention playing Lucas's son who is trying to stay with his father rather than his mother. Especially for a younger actor, Fogelstrøm is truly stunning giving a tour de force performance of a young boy simply fighting for his own happiness despite being powerless to the society around him. This is clearly the most captivating and moving piece of the puzzle within The Hunt largely due to the weaker sides of the film's screenplay.

For a film that is attempting to capture a sad truth of modern society, The Hunt feels rather blind towards reality. The situation the film presents clearly was more focused with building a complex moral debate for the audience than actually making logical sense. How characters react and how the situation within the film actually develops feels dangerously misleading. In order to make the story work the film has to make characters react in ways that feel illogical and ultimately turns a blind eye to not only the systematic order but also the simple logic of the situation. Where the film presents this story from the child as completely fabricated, the film makes no effort to explain how she knew the information to begin with. The actual morals of the film suggesting that victims of sexual abuse - specifically children - should be question and possibly even ignored is also incredibly problematic. Even if the issue at the center of The Hunt was substantial, the film provides no solution or even productive direction for the audience to follow as far as takeaways from the film.

Simply all the film seems to accomplish is promoting the questioning of those who face sexual abuse even making the connection to men being innocent deer in the forest who hunters will target and attack without any warning. The film almost gaslights the audience by allowing them to know that Lucas is innocent making all the characters who react to the situation seem in the wrong. If one was really to think about their actions, it is hard to find almost any that are truly disagreeable and due to the allegations feel justifiable. The film wants to hide this and ignore this in favor of a stronger narrative, but the viewing experience feels incredibly frustrating due to this.

Where the moral complications of this choice will be further explored in an article coming soon to Clapper, when it comes to an objective outlook on the viewing experience which is The Hunt the final result is frustrating. The film starts a conversation that feels worthy and important but due to an incredibly lackluster screenplay and capturing of reality the film fails to live up to its own ideas. The Hunt feels dangerous and lackluster, offering support to those accused of horrible things without the nuance or craft to also stand with the survivors of those events.