love on the rocks: 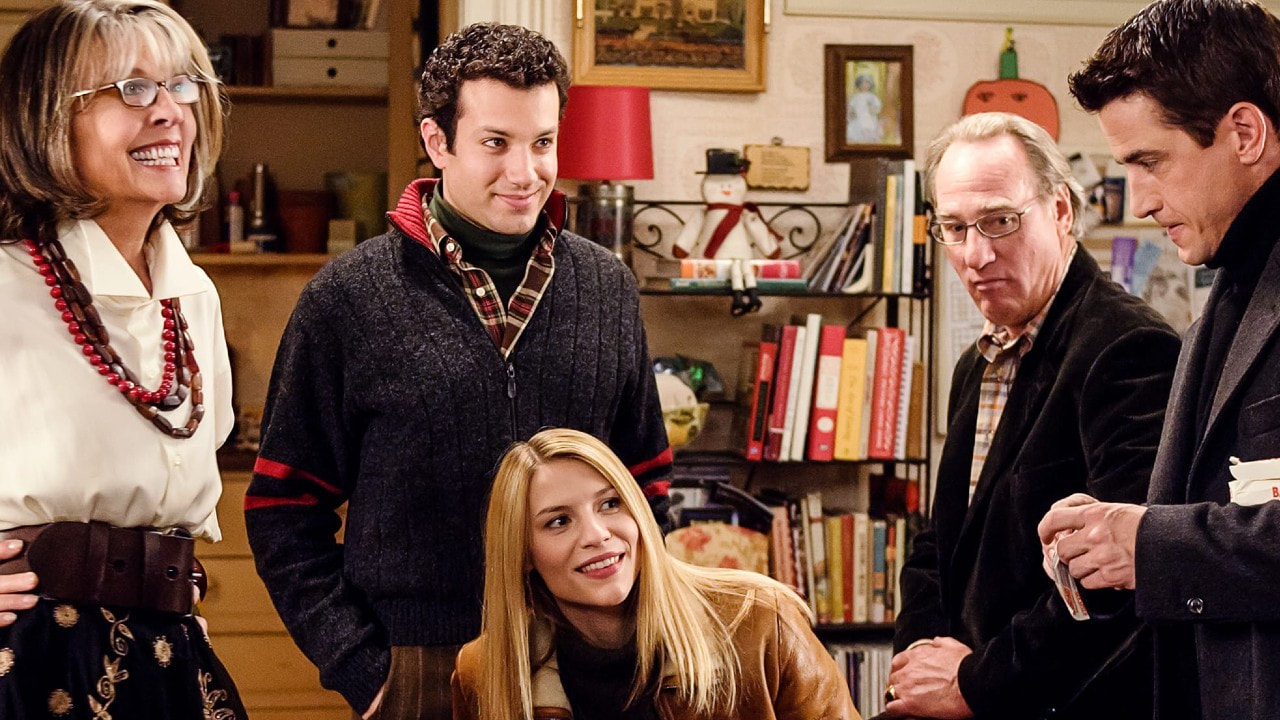 While the idealistic version of getting together with family for the holidays might see the experience being nothing but joyful and loving, the truth can be far from it. Family can be built on dysfunction and anger leading to often volatile and argumentative eruptions at even the slightest shake. This is the description that best matches the Stone family who Everett Stone (Dermot Mulroney) is introducing to his girlfriend Meredith (Sarah Jessica Parker) to for the first time. Only worsened when Everett reveals that he intends to propose to her, Meredith is immediately targeted and attacked by the family even causing her to have to call her sister Julie (Claire Danes) to come for emotional support. Cracks begin to form in the family however and emotions shift as various information is revealed and relationships develop.

While the dysfunction of family is a naturally layered and poignant setting for a holiday feature, it is hard to say that The Family Stone handles this concept particularly well. Rather than feeling like a true family, the Stone family feels like a revolving cast of characters and individuals all rotating around the mom of the house Sybil (Diane Keaton) who has her own individual relationship to everyone. The film from the start lacks the camaraderie and natural dynamics to make this family feel real and working which immediately hurts the effectiveness of them as a collective. They also are just unredeemable with how nasty they are. This is a cruel cast of characters to the point where it feels hard to find almost any upside to them as people. While they are supposed to be combative and difficult, it is hard to ever find the cracks of nuance and understanding which would allow the audience to slowly grow to care for these people which clearly is the goal of the film considering how the third act goes.

The one saving grace to these characters is the performers bringing them to life. While their writing and characters might be lackluster, the ensemble cast found within The Family Stone is honestly too big to fail. Diane Keaton is a force to be reckoned with while Luke Wilson is charming as always. Rachel McAdams might be aggressive but still has her moments while Sarah Jessica Parker plays the perfect type of overwhelmed for a film of this type. While the family fails to come together, each individual piece works just fine and delivers to the degree one would expect this cast to deliver.

Sadly for the film, the characters are not the only thing to struggle to come together. The narrative of The Family Stone is both confusing and unnatural which feels more in line with the genre of today rather than that of the mid-2000s. The film forces a plot of multiple twists and turns which feel horribly built and sometimes problematic. The film gets the audience so on edge with the aggression of the first half that to try and rush grand displays of emotion and love falls nearly completely flat. There is a clearly simple route the film could take with this story and it feels rather obvious that in this case, simpler would be better.

While The Family Stone might not be a complete disaster, it is a clearly flawed project that overall feels both disappointing and forgettable. There is a lack of craft to the project in nearly every sense that sees great actors give good performances as bad characters. Much of this more than likely lies at the inexperience of filmmaker Thomas Bezucha who just doesn't seem capable of walking a tightrope like this. Had a filmmaker like Steven Soderbergh taken the project on, it probably could be great but as is, it sadly falls far short of it.