the fall of the house of usher 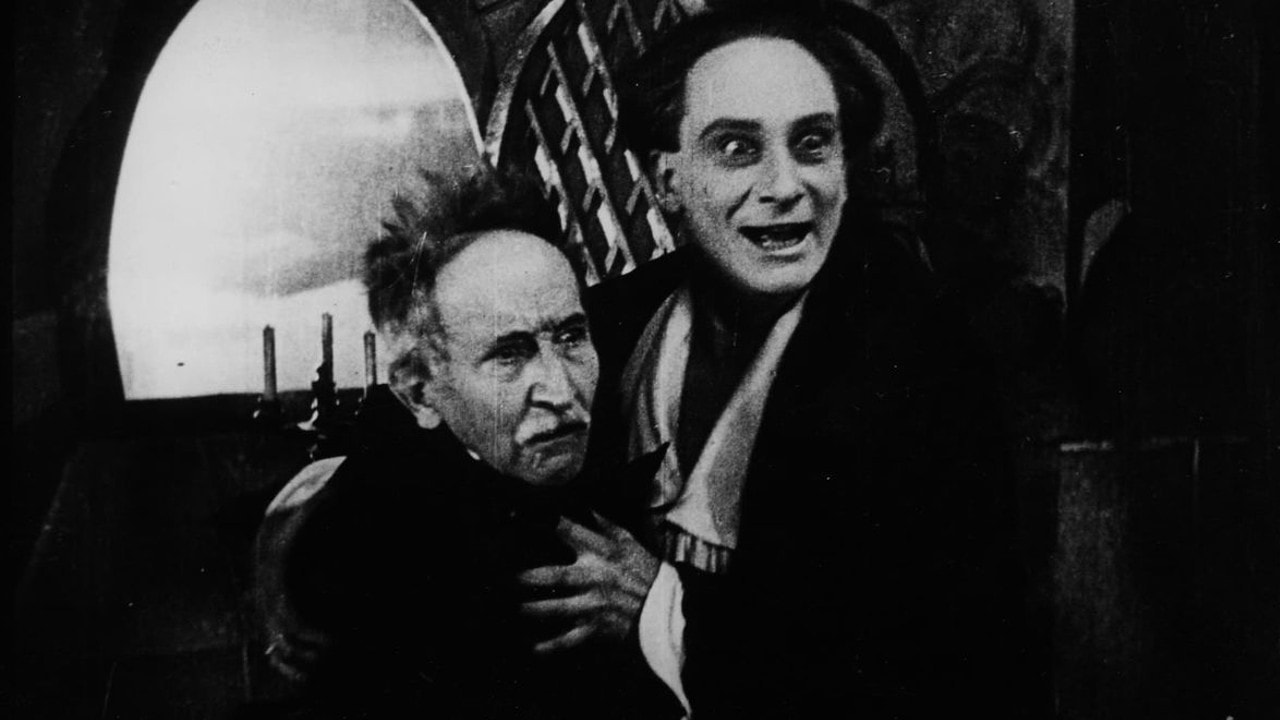 As a concept, horror shouldn't work. Expressions of dread and terror, on paper, should be something that viewers reject. Despite this, horror has become one of the most popular genres of film with something deeper being found within the emotions of sorrow and bleakness. Jean Epstein's The Fall of the House of Usher is perhaps one of the best examples of this trance that horror can put audiences in to provide an experience worthwhile and memorable. Adapting the Edgar Allan Poe short story of the same name, The Fall of the House of Usher follows an unnamed man (Charles Lamy) traveling to visit his friend Roderick Usher (Jean Debucourt). Usher calls upon his friend as his wife (Marguerite Gance) is on the verge of death. During the visit, she does die and the two lay her to rest. However, things might not be exactly how they seem.

Adapting a story from the written word to the visual, the biggest change for the story arguably is in its physical presence. With both     Georges Lucas and Jean Lucas credited as cinematographers, the film features some of the tensest and most effective horror visuals of the silent era. With characters often engulfed by massive sets only for the film to pull close, the film plays incredibly well with spacing and the visual representation of humanity. The film lives and breathes gothic horror that helps isolate the audience within the Usher walls. It is entirely possible that some of this came from the collaboration with Luis Buñuel on the screenplay. The editing is also inspired. Using overlays and strong cuts to provide a dynamic film that is actively pushing what the still newborn cinematic art form could be.

This technical achievement is vital as even with a shorter 63-minute runtime, the film's biggest struggle is with momentum. While the film broods uneasiness, the actual plot takes quite a while to develop with more vibes than horrors for the first half of the feature. Eventually, it gets to the bigger twists and turns, but even these are not necessarily the most interesting of plot points. If it wasn't for the film being so technically strong, it would be easy to write the film off as boring and dull but because the atmosphere and filmmaking are at the level it is, the film holds together and has just enough tension to get audiences through the entire runtime.

The last major piece of the puzzle is the performance. Being made in the silent era, these performances rely on a higher level of physicality to express and move the story along. This is something that so easily could have failed yet the cast of the film is flawless. Each bringing an uncanny edge to their characters, Jean Debucourt and Marguerite Gance bring the biggest moments of horror alive as the Usher couple. There is a fear found in how their stares pierce the audience and how the bodies flow about this mansion. Charles Lamy plays off of this with the most relatable perspective for the audience who can't help but pull themselves to the edge of their seats as he gets further and further tangled in the Usher drama. There is something stressful and truly disturbing about the project, yet at the same time, the artistry of it causes the audience to not be able to look away.

The Fall of the House of Usher is a prime example of how strong and inspired filmmaking can mean the world to a project. Bringing this intense and terrifying world to life, the film feels unsettling in the best of ways. It speaks to the highs not just of the horror genre, but also the silent era as a whole.
Become a Patron!