I was scrolling through Twitter a couple of months ago when to promote the film on the Criterion Channel clips of The Fabulous Baron Munchausen started to pop up and I was blown away by what I saw. In case you don't know me I am huge on vibrant colors and unique aesthetics and I had never seen visuals like the ones I saw in the few minutes of footage I saw from these little clips. I immediately put the film on my watchlist and finally I had a good reason to sit down and see what this film was. I must first say that I have had no exposure to the filmmaker Karel Zeman or the story of Baron Munchausen before which apparently is a classic German story which has been told in multiple different versions so I can't talk about this film in relation to either of those two elements as I have nothing to compare it to but I will say this film is something pretty special. In case you are like me and had never heard of Baron Munchausen is that he an adventurer but I to my understanding unique to this version he lives in space. He meets an astronaut on the moon who he is convinced lives on the moon and decides to take him down to Earth to show him what Earth is like. Together they go on a few different adventures and start to get a bit of tension over a girl they meet and both like. 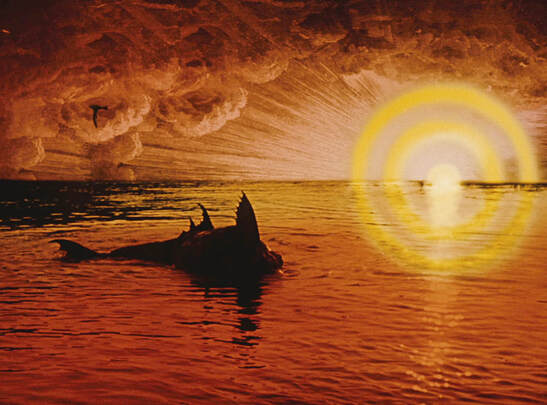 Obviously, the main thing to stick out about this movie is the visual style which is absolutely breathtaking. Zeman said he wanted to use color as if he was painting and use it sparingly as a way to enhance important scenes and my god does it look incredible. The bright yellows and clouds of red not only look amazing but is a creative way to help tell this story visually. For example, using those red clouds, the film is able to get across the idea of bloody violence without having to do graphic scenes that quite frankly would have felt out of place. The actual style of the effects and visuals are also innovative and captivating. Where most of the people are live-action plenty of these sets and little pieces are done in animation using some really impressive designs and stop motion. This is the perfect example of animation that looks incredible but doesn't even attempt to look real, it feels like as storybook and is whimsical which is the perfect tone for this movie to have. 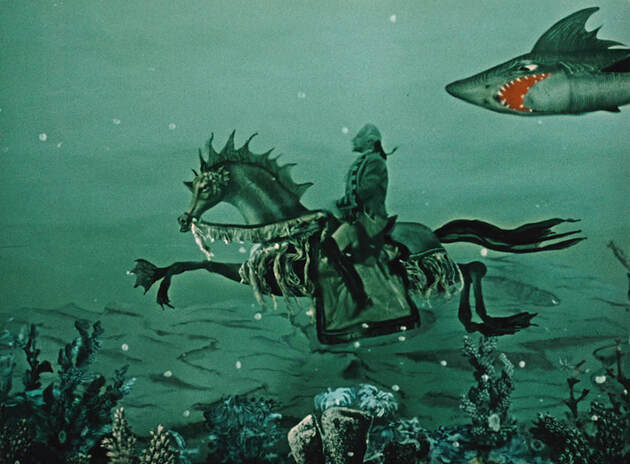 The film is also just overall really fun. It has a wonderful sense of comedy which especially lands when it comes to the physical comedy in the film, it's smaller but still had some laugh out loud moments plus the actual adventures are so much fun that you can't help but get into them and have a blast for the most part. I will say that towards the end it does start to grow a bit stale and that this would have worked best as a series with multiple parts but also coming out in 1962 it is not fair to judge it on that as that wasn't how media was consumed at the time. I would recommend though that if you are watching this all the way through maybe take a few breaks during it so that the visual style and the more basic fun plot stays fresh (but make sure to note where you are in the film as the Criterion Channel doesn't save your spot in the film).

Still though overall I really enjoyed myself while watching The Fabulous Baron Munchausen. It is overall basic but a ton of fun with likable characters and adventures that will captivate the inner child inside of you. The score is really fun and as I mentioned the visuals are on an entirely different level from nearly anything I have seen before. If you are big on aesthetics and colors this is going to absolutely connect with you and make an impact on you.