capture every moment:
​
the fabelmans movie review
​
​by carson timar 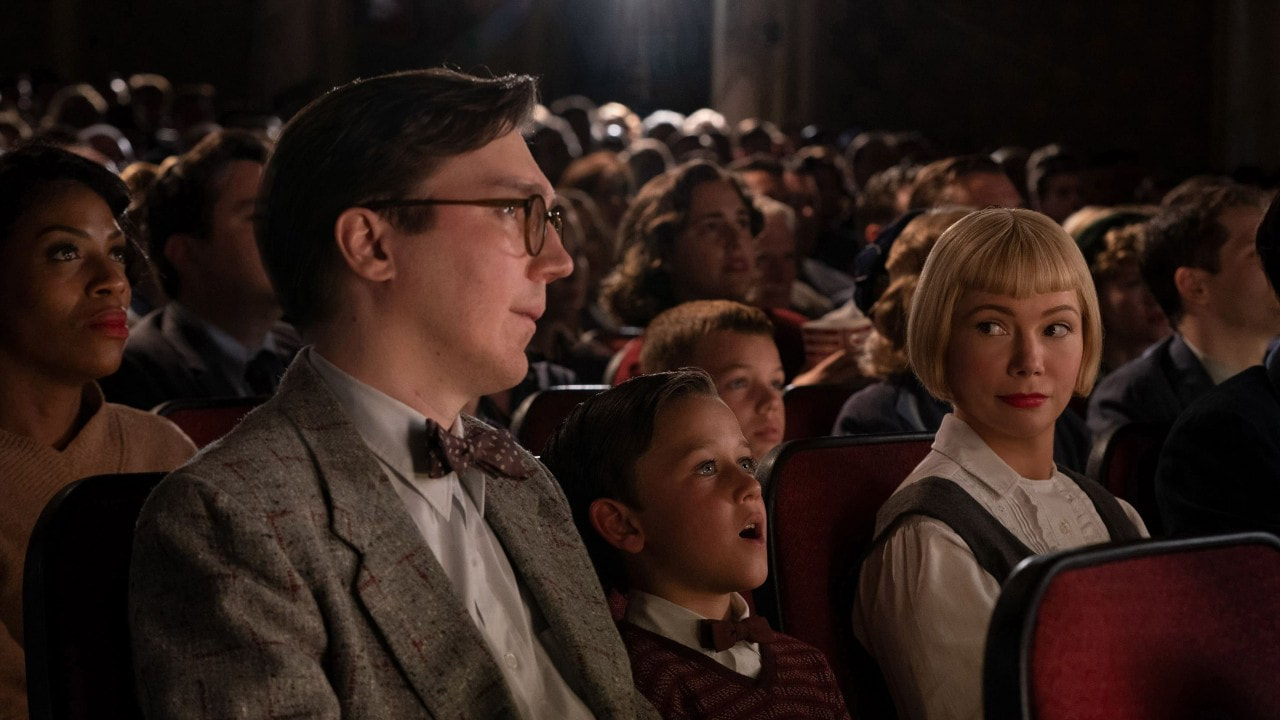 As filmmakers age and mature into the later ages of their careers, a desire is often found to look back and explore the path that led them to these careers. From the trauma they faced as children to the magic they discovered from the silver screen, this concept is nothing new with Steven Spielberg being the newest individual to take this path with The Fabelmans. Blending reality and fiction together, The Fabelmans is a loose capturing of Spielberg's own childhood through the lens of the young Sammy Fabelman. From his multiple moves around the country to the darker truths of his parent's marriage, The Fabelmans is a clear personal effort that sees Spielberg struggle to find direction and follow through with such raw emotions for the filmmaker.

It goes without saying that the technicals behind The Fabelmans are near flawless. With Spielberg sitting in the directors chair alongside a crew of regulars for the filmmaker including Janusz Kamiński in cinematography, Michael Kahn and Sarah Broshar in editing, and Tony Kushner as co-writer; The Fabelmans has a vast amount of cinematic talent and craft. The period piece design is consistently strong while the visuals are empathetic and effective for the accompanied narrative beats. The film also gives cinema and the process of making movies a magical touch with even the sound of the camera being used to create emotions of comfort and power.

This strength continues into the performances which are all around fantastic. Gabriel LaBelle, who plays 16-year old Sammy, immediately defines himself with one of the best performances of the year. LaBelle is equally likable and poignant with an incredible blend of charisma and vulnerability. The audience immediately roots for the kid in the face of discrimination and pain yet the character never comes across as weak or milquetoast. LaBelle feels like a classic Spielberg protagonist in the best of ways and really does steal the show in nearly every scene he is in. This is even more notable as the surrounding cast is filled with tremendous star-power. Paul Dano plays Sammy's father and brings an innocent venom that is sure to strike personal to audience members who have tried to achieve dreams not shared by their expecting parents. While he clearly means well and truly wants the best for his son, he also is incompetent when it comes to true support and the relationship becomes strained as a result.

Sammy's relationship with his mother, played by Michelle Williams, is no better. Williams brings the complex identity of Mitzi Schildkraut-Fabelman to life with a tortured performance that sees a woman lost and desperate for a happiness she is unable to achieve. She is kind and loving but also can be brutal and even violent in her outbursts. While the substance behind her character is sometimes lacking, Williams is consistently strong and brings the perfect amount of both love and venom to her persona. This character, however, is the easiest part of the film to start to realize the struggles of Spielberg. Despite having all the right puzzle pieces to craft another classic, the film ultimately fails to build a compelling thesis to bring it all together.

In Spielberg's reflection on his family, there is an inconsistent understanding found with Spielberg clearly trying to find through cinema why his parents acted the way they did. Rather than choose a direct route of forgiveness or anger, the film attempts to have a more complex perspective but the follow through is minimal. Rather than give a rewarding emotional payoff to these arcs that take up much of the film's 151-minute runtime, the film is quick to leave these stories behind more a cleaner celebration of Spielberg's love for filmmaking which becomes the ultimate main arc for the feature. When it comes to the family drama, there is a sad lack of purpose found by the end. This issues bleeds into other areas of the film like the antisemitism that Fabelman faces in California. While there are undeniably chunks of the film that showcase this, the film finds nothing new to say and gives little depth to these clearly worthwhile ideas.

This only works towards hurting the runtime of the feature which feels clearly bloated. Working off a rather light backbone when it comes to purpose and depth, the film struggles greatly to justify its length. Scenes are often repetitive and dry with a lack of complexity to engage the audience. Once one understands the dynamics of the family, there are large chunks of little evolution to keep the audience interested. While these scenes might be meaningful and powerful for Spielberg who is bringing to life the memories of his childhood, the audience doesn't have this connection. The Fabelmans quickly feels like a friend sharing their childhood scrapbooks. While there are moments of interest, it grows boring after over 2-hours and fails to find a strong overarching thesis outside of basic narratives.

While The Fabelmans has a clear technical ability, the final product is lacking. Spielberg shares his memories and childhood but remains too close to the subject to find much of value or depth. Important topics are mentioned and naturally there are some narratives that feel stronger than others; but the overall feature fails to impress with a meaningful and worthwhile thesis. While the charm of the film still shines at times, it is impossible to say that is enough to make the film anything close to a masterpiece. Hopefully Spielberg got what he wanted out of a project like this as for the audience, it will go down as one of the director's weaker recent releases when it comes to weight and meaning.
Become a Patron!