Despite the character of Batman being the center focus for dozens of films including many that are well regarded, none stand out quite the same as the Christopher Nolan Batman trilogy which ditched most of the typical silly comic book elements of the time, instead giving 3 legitimately great movies of substance and craft with the final film of the franchise being 2012s The Dark Knight Rises. Coming out of his psychological war with the Joker, Bruce Wayne (Christian Bale) has retired as Batman trading his nights fighting the crime of Gotham for a life of solitude. Wayne is drawn back out to the fight though as Gotham faces a new threat, a man named Bane (Tom Hardy) who plans to hold the city hostage using a nuclear bomb. 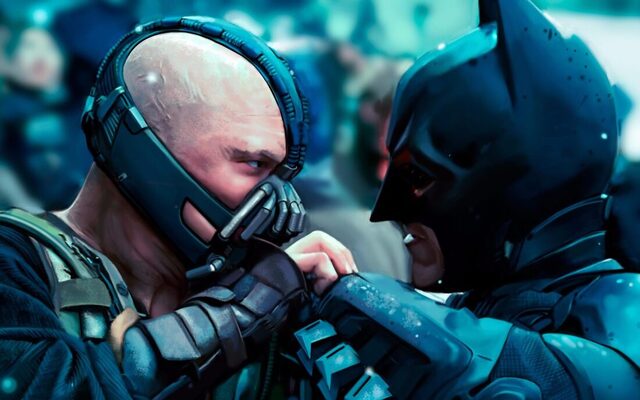 One of the best parts of the Nolan Batman trilogy is how vastly different each of the films feel especially when it comes to the villains. Coming off the breakout hit which was Heath Ledger's iconic performance as The Joker in The Dark Knight, one would expect the films to continue to use similar villains which challenge Gotham and Batman on a psychological level (which is what the studio pushed for), but Nolan wisely does the opposite making Bane a physical specimen making the challenge that Batman has to overcome feel unique and fresh instead of just going through the motions. The film is actively trying to stand out and try new ideas which is something blockbusters often fail to do instead focusing on just giving the same content that worked in the past often becoming stale and boring. Part of the reason this works so well is due to the physical performance coming from Tom Hardy. Where it is easy to look at his performance and solely focus on the strange voice that is normally decently difficult to understand and even borders on being distracting, there is far more to it than just the voice. Hardy carries such a legitimately physical presence that sells the character and the threat he poses to the world around him. Where the end result might be drastically different, this is reminiscent of Heath Ledger as the Joker as an actor not only capturing their character's emotions and philosophical ideas but truly embodying them on a physical level melting from an actor playing a character to simply being that character. 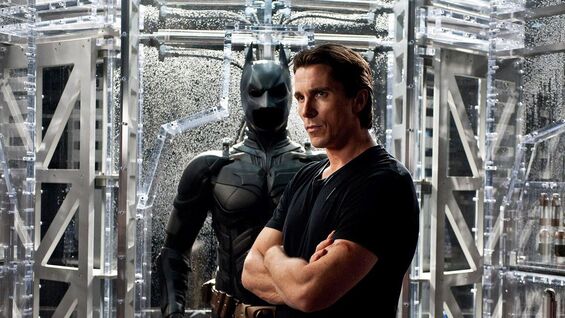 The action from the film is also the best the Nolan trilogy has had to offer with Nolan pushing what he could do with the camera and various set pieces. From the intense opening to the absolute war towards the end of the film, The Dark Knight Rises carries an intensity to it that puts audiences on the edge of their seats. The third act also just has an extremely effective set up that feels unexpected and unique to nearly any other comic book movie before it. It is a huge conclusion that feels well built and crafted never feeling like the film is trying to bite off more than it could chew. The third act also just fits the character of Bane really well causing the eventual rise of Batman towards the end to feel all the more captivating even if it could be seen coming from a mile away. If there was one area where the story could have been improved on it would simply be the mythology the film creates for itself specifically when it comes to Bane. When at first, it seems like Bane is exploring deeper ideas with some of his dialogue and world views such as him mentioning being born in the dark, the film then tries to incorporate that into the world in a way that feels extremely forced and falls extremely flat. For a trilogy that had avoided falling into weaker plot pieces such as these, they stand out as especially disappointing and out of place adding nothing of worth to the film. Where this is easily the dullest part of the film, it also luckily isn't even close to being enough to completely ruin what the film does right.

Sure The Dark Knight Rises might not be a masterpiece like The Dark Knight, but it still is far from being bad or even average. Nolan again brings a unique and effective vision to what could have been just another Batman film creating one of the most physical and intense struggles the character has ever seen. It is a brutal film that successfully wages war despite some drastically out of place plot elements that remains highly questionable even on a rewatch.