The witch is loose:

the curse of audrey earnshaw 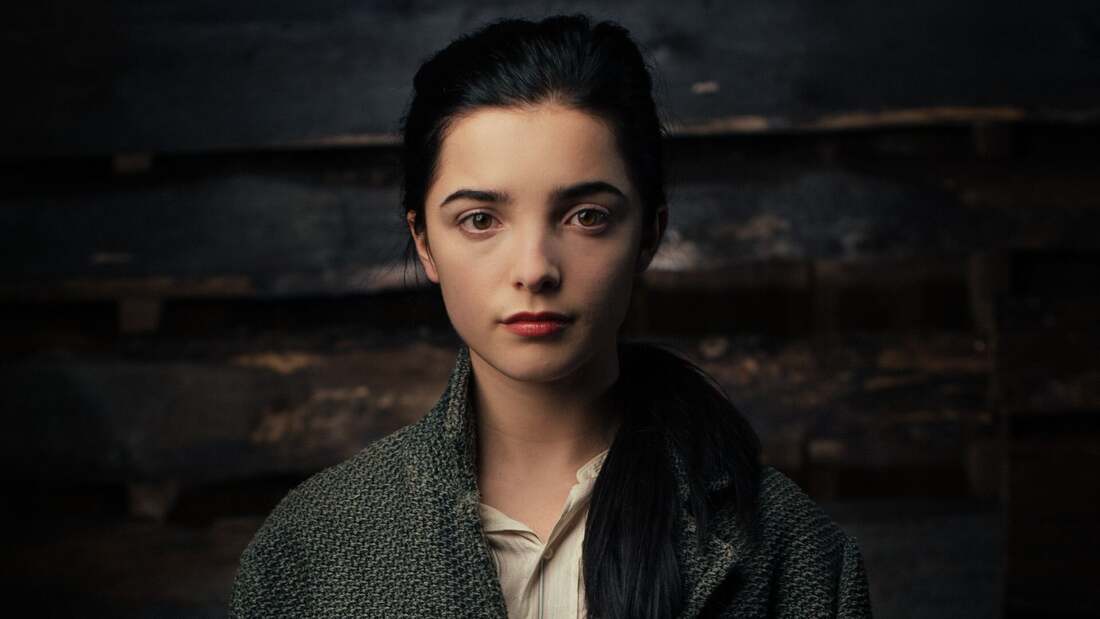 American history has been plagued by paranoia from its inception. Stories of witches and dark magic horrified many with innocent individuals being tortured and killed for the acts of magic they supposedly committed. Despite keeping her life, Agatha Earnshaw (Catherine Walker) knows about this paranoia and hate as the community around her has turned against her and believes she is a witch. This hatred led to Agatha hiding her child Audrey (Jessica Reynolds) from the community but now that Audrey is older, she is ready to get out into the community and get revenge for the pain they have caused her and her mother.

Where the setting and style of the film creates an enticing yet uncomfortable backbone for the story, it is the acting which brings it to life. Not just is Jessica Reynolds haunting, but the individual villagers play off of her nicely. She comes off as a legitimate threat yet the film also doesn't try to make her an outright villain. It puts the audience between these two parties who have caused each other endless pain and pushes them to reach their own conclusions which is a mature take for a film that easily could have been yet another lazy genre piece. These elements come together to build a film that is clearly inspired and is putting an effort into its story and final product which is always genuinely exciting to see.

Unfortunately, it would be a lie to say that The Curse of Audrey Earnshaw is a flawless film. The biggest issue is the film's overall struggle to build the community where the film takes place. The film is not only propelled in motivation by the conservative village but the film itself focuses much of its runtime on various members of this society. Where competent, there was something clearly missing from this community. There lacked a sense of life and truth to these characters who felt far more one dimensional than they should have. Where the tone and tension of this world is incredibly strong, the community and characters simply felt boring and unmotivated.

Especially as the days start to cool and the horror genre becomes more and more fitting, The Curse of Audrey Earnshaw will make a perfectly acceptable viewing experience with some truly fantastic tension which will keep plenty of audiences on the edge of their seats. Even if the social dynamics within the film stop it from being something truly special, it is a film that is perfectly watchable and for those wanting to try something new in a similar vein to a project like The Witch, The Curse of Audrey Earnshaw will fill that role lovely.