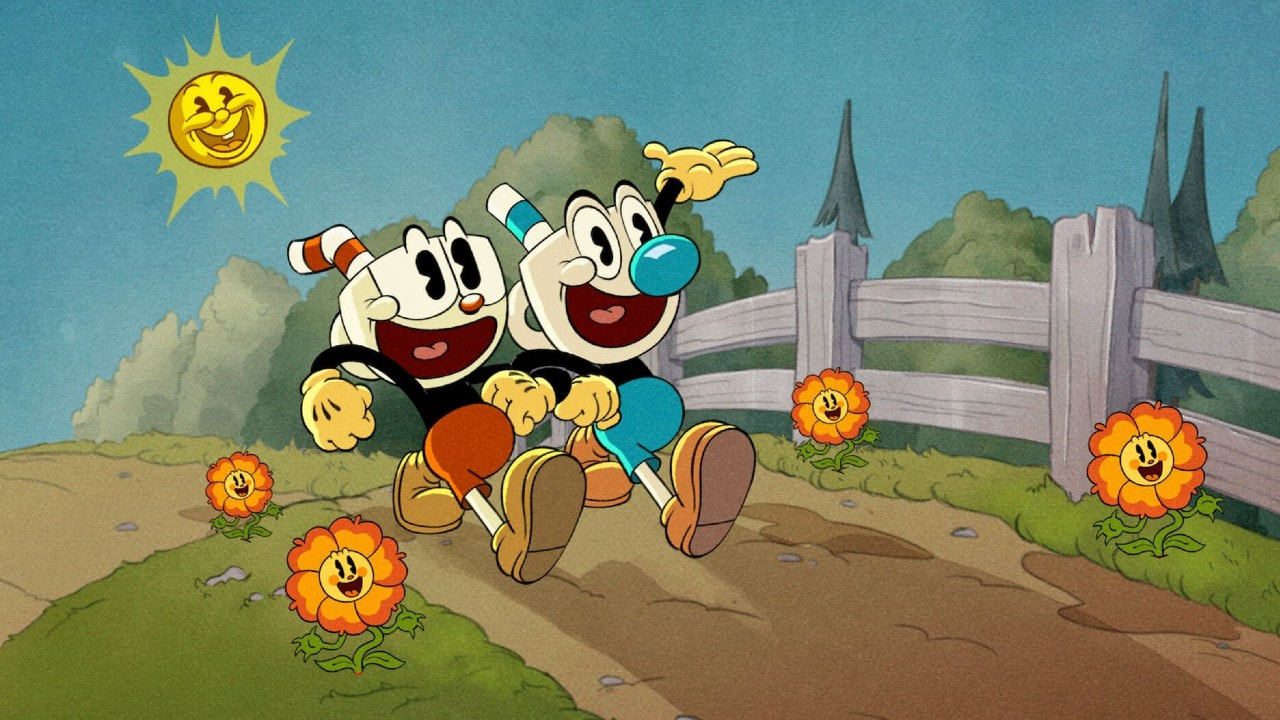 When it comes to adapting video game content into watchable media, results historically have leaned drastically negative. Often unable to capture the charm and spirit of what makes the game popular to begin with, countless adaptations have resulted in disaster, yet studios still prove to be willing to give the old college try. Based on the highly successful 2017 game Cuphead: "Don't Deal with the Devil, Netflix's The Cuphead Show! once again brings Inkwell Isle to life while following the strange adventures of Cuphead (Tru Valentino) and Mugman (Frank Todaro).

With the massive boom in animation to come from the last decade, it is becoming harder and harder for animated projects to truly stand out yet still, the inventive and inspired soul of The Cuphead Show! is beyond clear. Similar to the game that got great marks for its hand-drawn animation, the visuals of The Cuphead Show! are some of its biggest positives. Blending multiple animation styles together, the world of the series is visually diverse and engaging with the world never feeling stale or predictable. Similar to series like Over the Garden Wall, The Cuphead Show! creates a world uniquely defined by its inspirations. While there is an undeniable Americana to much of the setting with steamboats and bustling cities that feel directly inspired by the America of the 1920s, the series is imaginative with its characters including giant vegetables and ghosts that clearly establish this world as one of fantasy.

In this fantasy, The Cuphead Show! finds an edge rarely seen in modern children's animation. From an antagonist simply being the Devil himself to the stakes of episodes being characters quite literally fighting for their souls, there is a more adult edge that helps the series stand out in an incredibly refreshing manner. Rather than being always clean or safe, there is animation that plays into body horror and characters that feel actually sinister. These are things one would expect from animation in the early 2000s but sadly, these ideals have been lost in recent years with a push for more safe and digestible content. While never mean-spirited or crude, the show clearly is willing to take more risks which is always nice to see in the face of a more monotonous trend.

The entertainment value of the episodes are also rather consistent. Similar to a show like Steven Universe, the majority of The Cuphead Show! is episodic yet there is an overall story that keeps coming back every handful of episodes. Featuring the Devil (Luke Millington) who is out for revenge against Cuphead, these are clearly the best episodes of the series with the Devil himself being the most entertaining character of the show. The episodes around these however are still fun with enough diversity to feel fresh for the entire 12-episode season. Even if the concept of an episode is weaker, at only around 14-minutes per episode it never becomes painful to sit through. The key difference between a show like The Cuphead Show! and Steven Universe is the size and weight of the larger story. While this formula became incredibly frustrating for Steven Universe which would interrupt world-ending stories with filler comedy, The Cuphead Show!'s overarching story is much lighter allowing this formula to work much better.

The acting of the show is also flawless. Every voice actor brings personality and charisma which helps really make these characters stand out. Both Tru Valentino and Frank Todaro show strong layers as their characters have to simultaneously be likable and obnoxious while Luke Millington absolutely chews every piece of dialogue. This is yet another place where the show feels inspired and distinct from the animation world around itself. From the iconography to the personality of every character and visual, there is not a single piece of the show that feels as if it is just going through the motions and instead, the results feel almost instantly iconic.

Even with the massive influx of quality animation that has been found recently, The Cuphead Show! deserves attention. Balancing pure imaginative fun with a darker edge, the identity of the show feels completely unique and every element of the show is being executed at an incredibly high level. The Cuphead Show! feels unlike anything else on the market today and truly feels deserving of being considered one of the new great animated series in the zeitgeist today.