the songs of the land:

The Cow Who Sang A Song Into 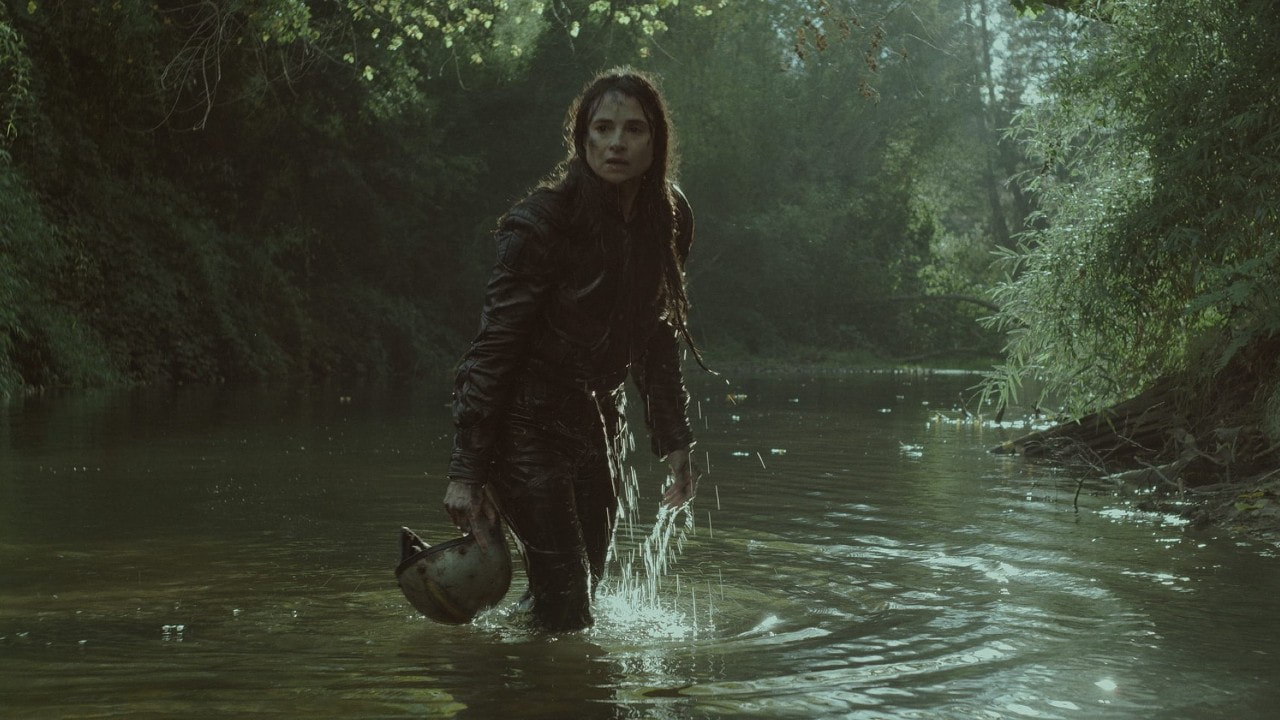 One great thing about modern cinema is the increased focus and attention given to global perspectives and voices. International cinema is quickly growing more and more mainstream allowing filmmakers across the globe to share their stories and talents. Screening as part of the 2022 Sundance Film Festival, The Cow Who Sang A Song Into The Future serves as the feature directorial debut for Chilean filmmaker Francisca Alegría who brings to life a story of ghosts and trauma. The film opens on a river in South Chile. As dead fish rise to the surface and take their last breaths on the shore of the river, a woman named Magdalena (Mía Maestro) also rises to the surface. Magdalena is suspected to have died by suicide but finds herself once again walking and living. She makes her way to her children who have been adopted by a woman named Cecilia (Leonor Varela) who is taking them to her dad's farm. These two entities go on their own journeys and face their own dysfunction as the film builds an atmospheric yet sometimes disjointed puzzle of emotions and tension.

If there is one thing that stands out almost instantly within the feature it is the setting. From the thoughtful and stoic cinematography from Inti Briones to the soulful songs of the wildlife surrounding the frame that fades in and out, there is a lyrical weight to the world of the film that is seductive and rich. The film builds its focus not on plot or dialogue but rather on vibes and tone. It wants the audience to have a transcendent experience and largely works similar to other filmmakers like Apichatpong Weerasethakul. While admittedly not for everyone, this slow and emotional world will provide a rich backbone for plenty of audience members and is clearly the biggest strength of the project as a whole.

The characters that live in this world also have a richness to them. While the presence of Magdalena is almost completely visual as she slowly makes her way home, characters like Tomas (Enzo Ferrada Rosati) provide emotional displays of vulnerability that are engaging and meaningful. Tomas is desperately fighting for her trans identity to be recognized and validated but is forced to hide and feel shame for who she is. There are scenes of Enzo Ferrada Rosati breaking down that are truly haunting and give the film a needed human soul. The unspoken dysfunction found between Tomas and the rest of his family offers a tense human drama to exist in the larger tense world that feels on the edge of collapsing under the weight of an unnerving unseen force.

While these give the film quite a few strong angles to focus on, the final product can struggle to fully come together. One thing that needs to be clear is that the film is slow. Not just with actual pacing but also with narrative structure, there is a lot of the film dedicated to Magdalena making her way to her family and building up what is going to eventually happen without much of substance actually happening along the way. Once these forces do finally reach each other, the film also decides to take a more quiet and vague approach to storytelling that will also disappoint some who wanted a more concrete and substantial payoff.

The Cow Who Sang A Song Into The Future is consistently trying to be a more holistic emotional experience and demands that the audience work for their reward yet at times feels like it is asking a bit too much for a bit too little. It also at times feels like the film is biting off more than it could chew. While the film is a ghost story, it is also a family drama yet then it also includes themes of pollution and the abusive relationship between humanity and nature. There is so much going on in the film with such a vague voice that it often feels confusing and lackluster in what it is able to actually build as a thesis.

When it comes to atmosphere and tone, it is hard to think of many other recent projects quite as successful as The Cow Who Sang A Song Into The Future but when it comes to creating a rewarding and worthwhile viewing experience, the film falls just a bit flat. For those who love the filmmaking style of filmmakers like Apichatpong Weerasethakul, the final product will more than likely be rewarding enough but for those who are typically left cold by these more artistic and vague expressions, this project does very little to overcome what would be seen as faults in this style.