I Think i hurt someone:

The Conjuring: The Devil Made 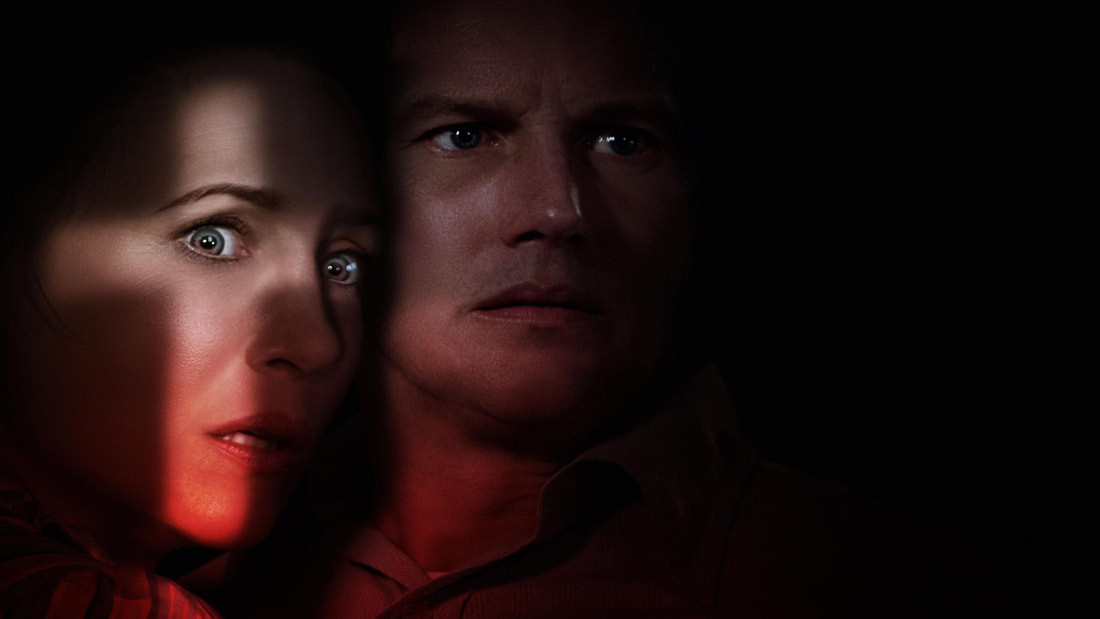 While The Conjuring franchise has stood as one of the most successful and impressive horror series from the past few decades, The Conjuring: The Devil Made Me Do It had enough on paper to put the status of the sequel in question. Coming as the third film in the main series, the film ditched the legendary James Wan as director with Michael Chaves instead stepping up to the role after his work on 2019's The Curse of La Llorona which is universally known as one of the worst editions in the cinematic universe. With a shaky main trailer and this change in crew, it was natural to feel iffy walking into the film only for it to surprise greatly with a unique yet captivating story that built on the strengths of the franchise to confidently find a fresh and new direction.

Throughout nearly every film within this cinematic universe, one of the brightest spots of the universe has been the cinematic portrayals of The Warrens played by Patrick Wilson and Vera Farmiga. With an undeniable chemistry and charm, these two have been the blood and soul of the franchise with The Conjuring: The Devil Made Me Do It putting this relationship front and center within the film's drama and focus. As the couple investigates a mysterious case of possession, they find themselves hunted and targeted with the stakes being more personal than ever. The drive from each actor and character to protect the other and make it out of the situation alive is more than enough to hook the audience and give the film a unique sense of humanity and drama.

Where there are still demons and possession around nearly every corner, The Conjuring: The Devil Made Me Do It has a unique threat that is far more grounded in the human world which gives an incredibly unique dynamic to the tension and horror within the film. In this sense, the film has to be considered a massive success for Michael Chaves who clearly put a unique touch on the feature that at times feels bold and confident. Chaves isn't simply trying to recreate the magic James Wan brought to the earlier editions of the series but rather is trying to evolve the material and film to stand on its own. Where this switch in focus does provide some of the strongest moments of the film, it also can cause a sense of disruption within the soul of the movie.

The Conjuring: The Devil Made Me Do It often sides more with the identity of a mystery crime thriller than a jumpscare horror film with the movie never fully willing to completely reinvent itself. Where there are some more horrifying sequences towards the end that naturally build and fit into the film's narrative, the majority of the jumpscare sequences to come before the closing feel really out of place and forced. Clearly the film was worried about losing the core audience that has come to love the terrifying horror up to this point and included these scenes to cheaply attempt to please these fans despite not really making sense in the context of the film.

These scenes stand out not just due to the more messy attempts to write them into the narrative but also due to the lesser quality of horror in which they feature. Unlike the wind-up box of the first film or any of the gimmicks within the second, the aesthetic and gimmicks within this feature are instantly forgettable and overall feel lackluster. Where the other Conjuring films from the main series has truly struck a sense of terror within audiences, The Conjuring: The Devil Made Me Do It fails to come close to achieving this but considering its focus is in a different place, that isn't nearly as damming as a statement as it might seem.

Where The Conjuring: The Devil Made Me Do It might not be the most horrifying edition in the Conjuring franchise and universe, it still is a rather successful film taking a more personable and grounded approach that will suck audiences in for a fun yet thrilling adventure held together by likable characters and an overarching theme of love. Where some diehard fans of the franchise might reject this new direction, for plenty it will prove effective and it seems like even with Wan stepping away from the franchise he has worked to build the franchise has the potential to continue to give worthwhile sequels and battles with the paranormal.
​