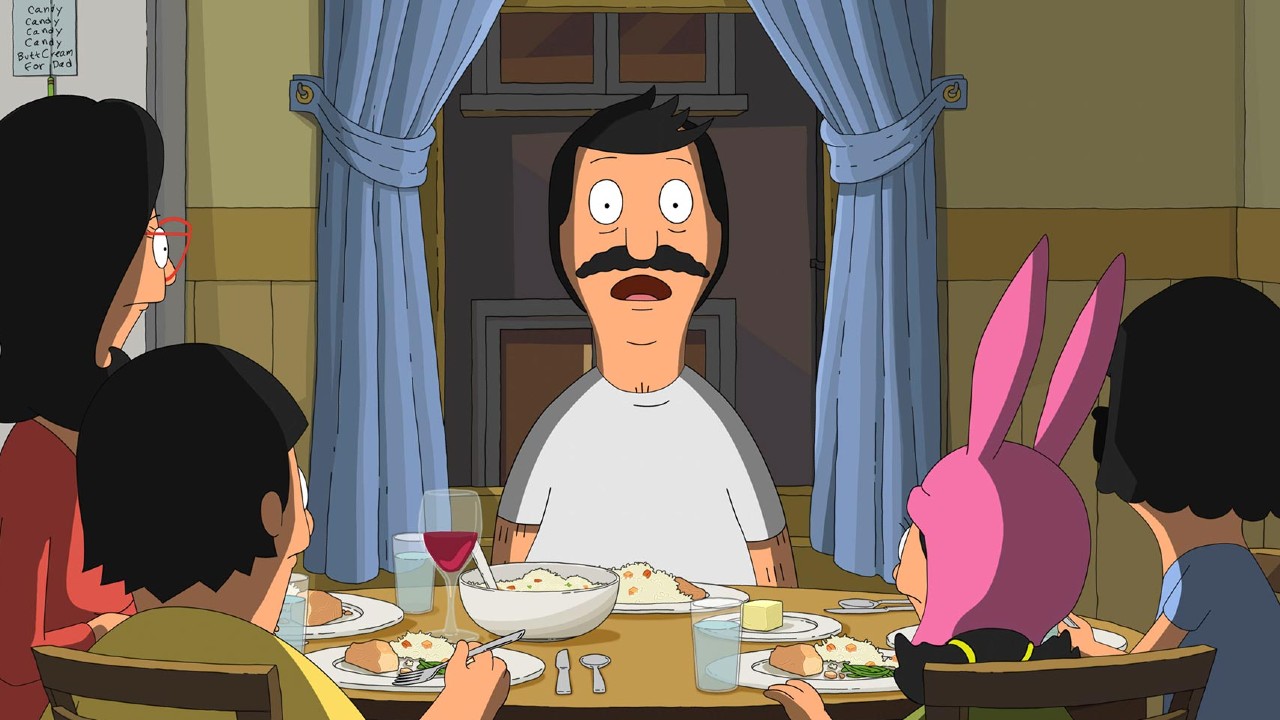 From South Park: Bigger, Longer & Uncut to The Simpsons Movie, it was once a commonplace practice for adult animated shows to eventually find their way to the big screen with grand feature outings that would see everything that made the show special turned up into overdrive. Over the past number of years, due to a mixture of production issues and the rise of streaming, this is a practice that has sadly slowly faded away with only a handful of releases still coming out in the theatrical setting. The newest of these is The Bob’s Burgers Movie. Over a decade after the first episodes aired, The Bob’s Burgers Movie brings the Belchers and their wacky hijinks to the big screen with a tale of murder and family that is sure to overall please both fans of the show and newcomers who are being introduced to this world for the first time.

In the last couple of weeks before summer, the Belchers are hoping to have a smooth road to a sunny and relaxing tomorrow but instead find themselves in a mess of worry and stress. Just as they get denied a loan extension from the bank giving them only a handful of days to catch up on their payments, a massive sinkhole opens up right outside their front door making it nearly impossible to sell any burgers. Even beyond their individual dramas, the kids also find a dead body in the sinkhole and become intertwined in a murder case that has them suspecting their landlord Calvin Fischoeder (Kevin Kline). Will the Belchers be able to solve these issues before it is too late?

If there is one area to point to when it comes to why the series Bob's Burgers is the success it is, it would have to be the voice cast. Consisting of modern animated legends with the likes of H. Jon Benjamin, Kristen Schaal, Aziz Ansari, Zach Galifianakis, John Roberts, Dan Mintz and Eugene Mirman just to name a few; it comes as no surprise that the cast and characters of Bob's Burgers would become nothing short of iconic. Their chemistry as a family is beyond natural at this point with both the writers and the actors knowing the dynamics shared between characters like the back of their own hands. Despite the expansion in scope and pressure, there are no signs of cracking or faults found in the cinematic adaptation with the crew knowing just how to evolve and expand these characters and jokes without ever sacrificing what made them so special in the first place. Consistently, the best jokes and biggest laughs come from these characters simply interacting and having as strong of performances behind them as they do.

It also helps that the world of the film is so beautifully brought to life. Taking the original artwork and adding a cinematic scope that is honestly breathtaking at times, there is so much energy and style to the animation that it feels infectious. The cinematic animated genre has become dominated widely by predictable CGI so to see a film bring something different, even if not fully by choice, is quite refreshing.

This isn't to say the film is perfect. In an attempt to expand on the show, the film makes the choice to present itself as a musical and every song feels rather dull and forgettable. The plot itself is also far from being that interesting. The murder mystery side of the film feels somewhat drawn out and boring while the individual arcs for the children feel almost non-existent outside of the very beginning and very end of the feature. Sitting in the theater, it is hard not to immediately form predictions on how small things set up at the start of the film could come back to play key roles throughout the plot, but almost none of these predictions come true as the film seems to simply forget about them. The editing also leaves plenty to be desired. The choice to jump back and forth between a murder mystery and a struggling restaurant creates some awkward balancing of drama and runtime with the experience even feeling frustrating at times. Just as the mystery reaches a development, the film will suddenly switch and the two sides are not strong enough to support such a balanced focus. It isn't that the film is unwatchable by any means, but it is far from as crafted and consistent as it probably should be.

While The Bob’s Burgers Movie might not be a shock hit of the year, the film is far from bad. The voice cast is all-around incredible and where every joke might not land, enough do for the film to be overall entertaining. While completely digestible for newcomers to the franchise, it does definitely feel like fans of the show will gain the most from the feature and for them, this is an especially easy recommendation.