The avengers
movie review by carson timar
​(best of the decade)

The hype for 2012's The Avengers film was undeniable even to those not following the still young Marvel Cinematic Universe. Everyone was talking about the film excited to see these characters all come together after multiple films setting them up, where this was an ambitious goal for the film, many were hopefully and luckily for the fans, it seemed like the blockbuster lived up to most expectations with many considering it one of the best films of 2012. Little did those fans know, The Avengers would only be the beginning, 8 years later and the Marvel Cinematic Universe has grown to astronomical levels becoming easily the biggest blockbuster series of all time. Revisiting the original Avengers film for the first time in a few years, there were obvious concerns on if the film would hold up, but for the most part it actually does. 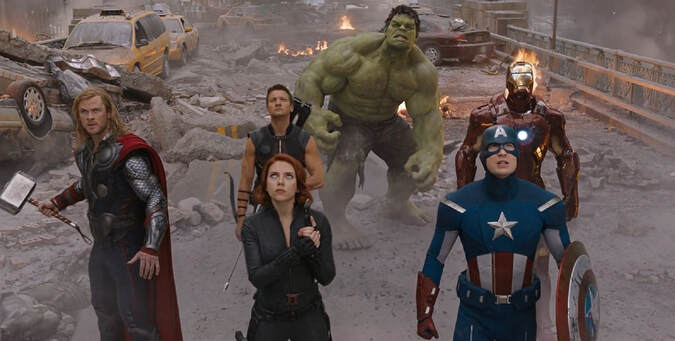 The structure of the film continues to stand out as nearly flawless. Where each of the main characters had previously been set up in individual films, there was still a lot of work needed to bring all these explosive and diverse elements together as a team which is something The Avengers does impressively well. The film gives the audience moments of fighting and dissension but also is able to finally bring all these personas together in a way that feels natural and worthy. These characters might have been developed more in future films but even in this early of a film, their characters stand out as one of the best aspects of the franchise. Not only is the charisma from those like Tony Stark (Robert Downey Jr.) fun, but their warring moral stances add a legitimately interesting conversation to the film which would build and build until the eventual blowoff in Captain America: Civil War. There are also small character pieces such as Bruce Banner (Mark Ruffalo) being haunted by The Hulk which brings a level of emotional depth to his character that feels reminiscent of Lon Chaney Jr.'s portrayal of The Wolf Man in the early Universal Monster movies.

One of the only issues to come from the structure and narrative flow of the story is that the ending conflict does feel like it goes a bit too long. With the film being such a big deal there clearly was a sense to try and make the stakes and action as big as possible, but it ends up feeling like the film draws its own plot out a bit too much. Even if they wanted to keep the same length, the film easily could have given a bit more development and memorable scenes to Loki (Tom Hiddleston) considering especially for being the main villain, it feels like he is given very little to do. Still, these two issues feel overall minimum and the film feels impressive overall despite these small slip-ups 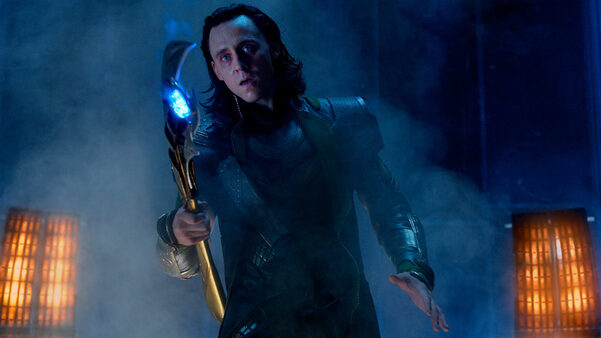 Where there might be very few flaws with the narrative structure and flow of the film, the technical elements of the film are really where it feels like the film starts to have its major issues. One quick note to make is that where the CGI does feel dated it really shouldn't be viewed as a negative. The improvements in CGI over the past 8 years is truly incredible to see, where now creating entire lifelike worlds made with CGI might be expected and honestly not even that impressive. 2012 technology sadly just wasn't there causing multiple effects to feel out of place especially in 2020 standards but the fault can't really fall on that of the movie and nothing is so bad that it really hurts the enjoyment of the film that much. Instead, the technical element that really felt troublesome was the camerawork. From the bizarre 1.85:1 aspect ratio to the badly designed shot composition which made multiple scenes feel overly staged and unnatural. Despite some smart editing, the overall visual style feels much lesser than it should for a film of this magnitude.

Still, The Avengers might not have the emotions or weight of future MCU films but does remain an overall impressive result. These characters are well-realized and the film does what seemed impossible bringing them together in an effective and natural matter. Sure it might not be super memorable, but it does stand not only on its own but also as one of the most important pieces in the MCU puzzle that would help the franchise propel itself to the heights it would reach in the future.