the walls we tear down: 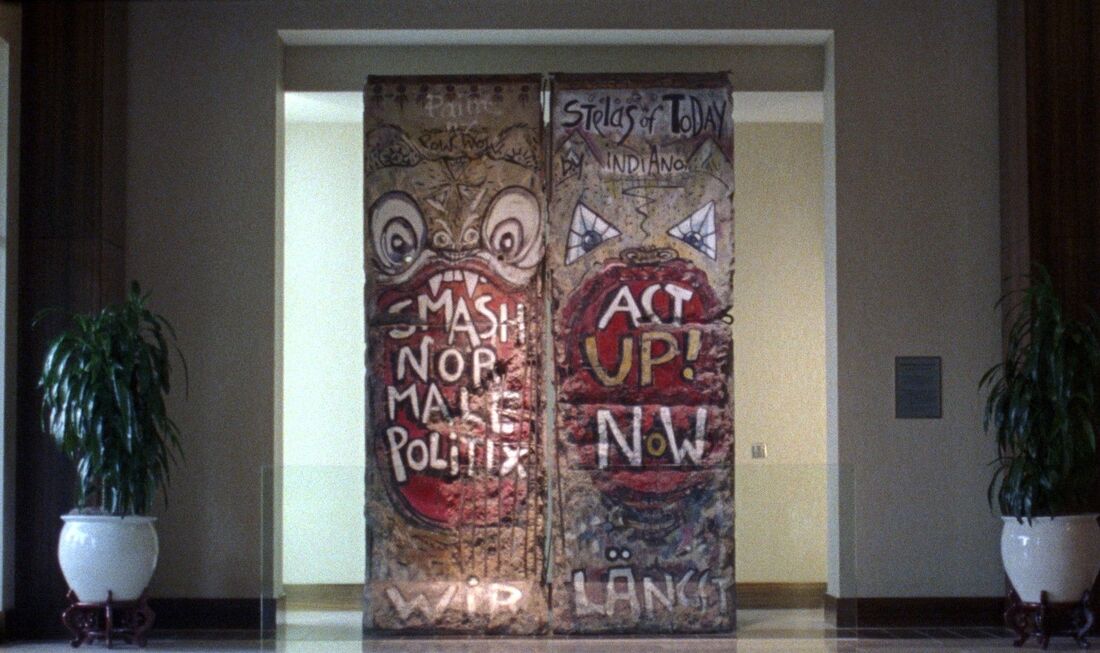 The American Sector is a film that seems simple on the outside. Slowly more and more sections of the Berlin Wall have found their way to America with various institutions and groups purchasing sections of the wall to display for a variety of reasons. The film directed by Pacho Velez and Courtney Stephens seeks out these segments of the walls and captures their displays and the community around them. Where this practice at first might seem dry and uninspired, slowly nuances of these communities and the country as a whole starts to crawl out and expose itself revealing a worthwhile depth that elevates the film as a whole.

It is in these segments of nuance where the film clearly is at its best. The symbol of the Berlin Wall was one of the defining images of a generation and is often considered a resounding success in the global fight for freedom. Taking objects of this power and putting them into various communities has led to further questions and observations that feel poetic and thought-provoking. From a couple using a piece of the wall to drive customers to their restaurant to activists at colleges questioning the morals of a college that will celebrate acts of freedom without acknowledging their own past which was quite literally built using slaves and the refusal of freedom, The American Sector gives a voice to communities that naturally have something to say allowing them to speak for themselves and engage the audience in a dialogue that requires active participation from both parties.

Where this gives the film scenes of legitimate power and importance, this style also leads to plenty of dead air and ultimately empty leads. Plenty of communities simply have nothing to say with some segments lasting only a minute or so as the piece of the wall is showing with text explaining where it is located. Where especially towards the beginning of the film this undeniably causes the film to feel slow and generally uninteresting at times, coming in at only 70-minutes in length, the film is able to overall avoid outstaying its welcome. Had the film attempted to reach a longer runtime, it is entirely possible that the film would have completely lost its impact and fallen apart.

Luckily the film trims enough of the fat to where the overall viewing experience feels focused and worthwhile despite some slower moments. The American Sector is a bold and experimental film that takes the risk of taking a passive role in its thematic exploration allowing the subject to speak for itself. It is a film that has both respect for and faith in the audience and ultimately it is because of this thesis that the film finds its greatest power.