After The Current War failed to electrify audiences with the rivalry between famed inventors Thomas Edison and Nikola Tesla, Michael Almereyda decided to try his luck with the story focusing on life of Nikola Tesla (Ethan Hawke) in Tesla. Instead of just making a generic biopic however, Almereyda decided to spice things up adding unique flares of camp and personality that both elevates and sinks the film when it comes to effectiveness. 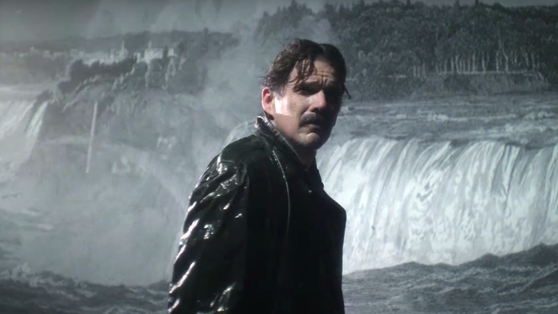 Despite the often bizarre nature of its scenes and ideas, Tesla has a unique charm to it that feels watchable and bold in its own right. Where so many biopics feel nearly paint by numbers as filmmakers follow the same dull and lifeless formula that at one time led to both critical and financial success, it is a breath of fresh air to see a film really try to break the mold and do something entirely unique. Where every idea might not fully land, the overall experience watching the scenes which take on a distinct personality and unique identity was overall enjoyable if nothing else. Where these individual scenes worked much better practically than it seems like they might on paper, the film sadly doesn't come together. With one foot in that of a serious drama and one in that of an experimental art film with a bit of camp, the movie feels torn between its two identities never fully allowing itself to embrace either side. There will be a quiet scene that transitions into a bold and funny scene that then goes into a narration without much flow or direction throughout. Tesla is a film that clearly shows its talents in each of its segments but sadly feels like a mess of a film once all the pieces are put together resembling a cinematic Exquisite corpse 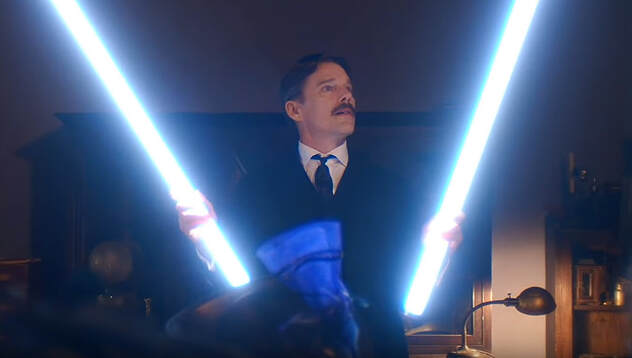 Where the unique style of the film will be contested when it comes to effectiveness based on personal taste, one universal takeaway should be the strength of the actors within the project. Despite the strange setups and wise range of acting abilities being used throughout the film, everyone does a really solid job giving their characters life throughout the ranging absurdity of the film. Ethan Hawke especially has a lot to contend with, the version of Tesla featured within the film is one that is bold and likable yet stuck in his head. Not only does Hawke have to capture this in the traditional sense but then also allow his character to express his inner emotions through scenes such as him singing karaoke to Everybody Wants to Rule The World by Tears For Fears. Somehow Hawke holds on though as does every actor around him. Those like Hannah Gross find the perfect balance of capturing their character in the historical sense and giving them their own unique personality allowing them to play into either side when appropriate for the scene they are in.

Tesla is undoubtedly a film that is going to have those against it and for good reason. The bold stylistic choices throughout the film are going to be very hit or miss depending on each individual audience members personal tastes but personally they worked surprisingly well. The thing that causes Tesla to fall flat is simply its inability to embrace itself in really any way. It is a film that has a clear talent and easily could have been something special if it only had the nerve to go all the way with its ideas. Instead, it teases being a quirky unique take on its subject matter only to keep one foot planted in the world of being a grounded drama seemingly afraid to go all the way. Had it, Tesla might be the next cult classic but sadly as is, probably will be one of the more strange yet forgettable offerings of 2020.