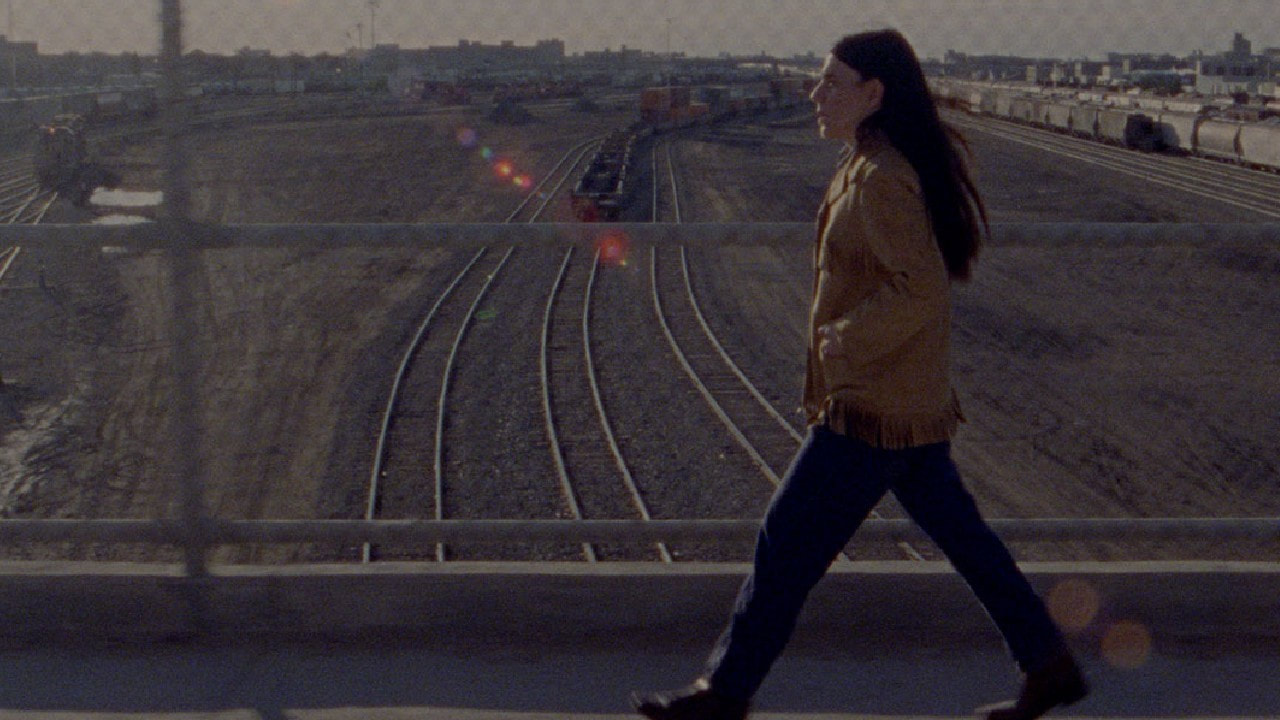 Time is an interesting concept when it comes to emotions. While time can heal wounds, time can also deepen them and create tears not easily able to be mended. Screening as part of the 2021 Toronto International Film Festival, Rhayne Vermette's Ste. Anne looks at just this. Returning to her home and family after being missing for a number of years, Renée (Rhéanne Vermette) has to deal with the scars left on those around her due to her absence and everyone must find a path forward in this artistic and experimental feature.

The immediate thing that stands out from Ste. Anne is the artistic ideals it has when it comes to narrative and structure. Ultimately, Ste. Anne is a series of vignettes scattered throughout a living and breathing feature that embraces nature and thoughtfulness. One can not take anything away the visual marvel that is Ste. Anne as the 16mm cinematography is genuinely stunning. Not just is the crafted shot composition evocative and charming but the visuals themselves use lighting and saturation to create a gritty yet beautiful capturing of the world one inhabits. There is no visual or perspective the camera takes that breaks what humans will experience in everyday life yet the magical beauty of embracing everyday things like the sky or trees in a forest is powerful and fresh. The vibes of the film are undeniable with a grounded magic that truly stands out even when the story itself is lacking.

As mentioned, Ste. Anne is a largely experimental film when it comes to narrative with the focus often being on embracing an artistic voice rather than a focused one. The film wanders and sits both with its characters and away from them in a sense that is sure to frustrate and bore plenty of audiences. The biggest issue with this is that those brief moments of character and emotion often feel lackluster. These are the key moments that are supposed to hook the audience and justify sitting through the film's runtime but for a variety of reasons they end up feeling underbaked. From shaky acting and dialogue to rather curt editing of key emotional scenes like when Renée's daughter is talking to a friend about her mother returning, it feels like the film never allows the emotion to fully unravel and embrace the audience.

Thematically this is even more disappointing as clearly the film is worthy in its perspective and message. So much of the time stories that take this path will fall into easily digestible melodrama but that isn't the case with Ste. Anne. There are consequences for characters and some things remain broken. Similar to real life, there are not many easy answers and that pain sits and weighs down on a community even if all parties want to move on. It is disappointing to see such an important and raw message be taken over by a weaker narrative and execution as it is films like this that ultimately will push audiences and help them cope and accept their own various situations in a deep and personal way which arguably is the point of cinema as a whole.

Ste. Anne is not a film for everyone and is overall a hard feature to recommend. Even with a smaller 80-minute runtime, the film can definitely drag. The artistic side of the film is undeniable but the narrative clearly suffers from its presence never being able to fully find its own point and thesis in a poignant sense. There is clearly something here and a message both powerful and poignant rooted deep into the film's backbone, but the final product sadly keeps this mostly buried with the project never finding its full potential.