a fable from a true tragedy: 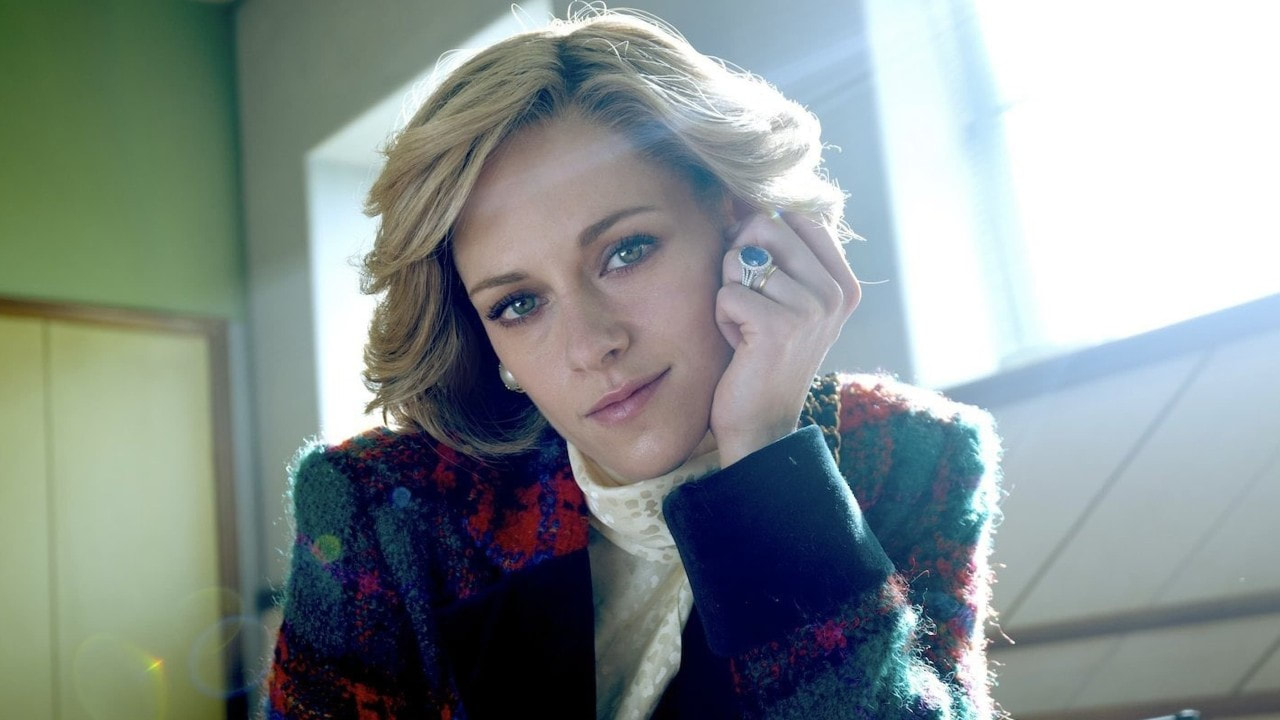 “A Fable From a True Tragedy”, this is how Pablo Larraín's Spencer welcomes the audience to its Christmas tale set at Sandringham Estate when the Royal Family comes together to celebrate the holiday. Things are not as charming as they sound however as from the opening shot, a dichotomy of soul is felt. The perspective cuts from a cold and calculated arrival of ingredients to the Estate's kitchen and the ever-controversial Princess Diana (Kristen Stewart) lost trying to find her way there. While the kitchen is heartless and cold, Diana's drive is longing and free. Things get no better as Diana finally arrives at the Estate and finds herself in a prison of judgment and pressure leading to an almost total mental collapse.

Spencer is a haunted house of suffering and grief; grief for the death of compassion, empathy and love. Every moment of the film broods with an uneasy tension of emotion and sorrow that is vital to understand and empathize with the character of Diana. From the moment Diana is introduced, Stewart plays her with a ferocious vulnerability that is impossible not to sympathize with. Perpetually seeming on the verge of tears, one can feel the trapped soul of Diana who is desperate for change even if she doesn't know exactly what path she would want to take even if she could. She is trapped between the forces of a controlling family and a ruthless world, both of which put expectations and pressures on her that she simply cannot bear. Stewart has impressed more and more with her work over the previous number of years but Spencer truly feels like her magnum opus as she loses herself within the role in the best of ways almost becoming unrecognizable. It isn't just the hair or makeup but the small mannerisms and seemingly automatic twitches of her face that bring this character to life in a truly masterful sense. The role of the character both as an undeniable source of power against others while also being absolutely powerless to their judgment and hatred is undeniably complex and moving with the film giving one of the best descriptions of family trauma and self-destruction in recent memory.

While Stewart has rightfully gotten the bulk of attention when it comes to the performances within the film, she is not alone. The one adult source of light in her life is Sally Hawkins who brings her own attitude and loving spirit that plays wonderfully against the rest of the house that feels filled more with corpses than humans. Her relationship with Diana is undeniable and there is a longing between them for happiness that makes the absolute lack of it feel all the more haunting. Timothy Spall also has a vital role within the film as Equerry Major Alistair Gregory. Introduced as another force watching over Diana and controlling her, Spall finds one of the more complex characters within the film as the runtime plays offering a poignance many won't expect from a feature of this nature. Jack Farthing is absolutely venomous as the unfaithful Prince Charles whose physical separation from Diana and lack of attention given to her speaks volumes to the isolation she feels. The last key players come in the form of Jack Nielen and Freddie Spry as Diana's children. It is her children that seemingly give Diana life and a reason to wake up in the morning and while the nature of this relationship will be discussed later, their performances and the love shared between them and Stewart is undeniable and only furthers the lasting pain the film leaves with audiences considering the historical context of what was to come after the film's story ends.

These performances bring a chessboard of betrayal and tradition to life set in an absolutely gorgeously made feature when it comes to a technical standpoint. The cinematography from Claire Mathon is longing and emotional with Mathon bringing his skill from films such as Portrait of a Lady on Fire to the project. It is elegant yet emotional as the camera moves with Diana's emotions to create a visceral experience tied to whatever she is facing. It also undeniably helps that the film is just beautiful when it comes to what the camera is capturing. The production design is masterful with the colors and uses of nature being thoughtful and engrossing. This energy and emotion is only heightened by the score from Jonny Greenwood who possibly gives his best work to date. From beautiful piano melodies to intense uses of horns and strings, the score from Spencer is lavish yet terrifying only further bringing to life the horrors of the film while maintaining its pretty exterior which in of itself becomes a key thesis the film builds against the Royal Family. It also cannot be expressed how beautiful the costume design from Jacqueline Durran is. While Durran has worked in the period piece setting many times before, nothing comes close to the work within Spencer which screams attitude and emotion. These pieces of technical brilliance almost become a character of their own as they work in juxtaposition to the raw and ugly emotions Diana faces.

While the biopic genre has led to some stunning films in the past, Spencer truly feels like a masterpiece of the genre. Not only does the film build a captivating story and look at the struggles and pain of its subject but it speaks to multiple larger truths. The first is a takedown of the Royal Family. While this angle might not be completely new, especially after the popularization of The Crown, Spencer looks at a rather big picture when it comes to this specifically in its direct comparisons between Diana and Anne Boleyn. Boleyn was Queen of England but ultimately faced a tragic fate at the hands of the unfaithful King Henry VIII. Diana not only reads about Boleyn but even meets with her ghost and the film directly ties a string between the two of them. This leads to a larger conversation surrounding the circular nature of tragedy and pain within the Royal Family. This isn't just a tragedy that happened once, it has happened before and it will happen again. The film is also a rather moving look at mental illness and its struggles; especially in a toxic environment. It is not impossible for audience members to see parts of themselves reflected within the story of Diana, especially for those with family trauma, making the film connect deeper than if it was just a strict biopic. Spencer is a film with a soul and humanity that elevates the project massively overall.

While the narrative of Spencer is rather flawless, the one stone left noticeably unturned is the relationship between Diana and her children. While the relationship is well developed throughout the film, the consequences of it are not. Diana consistently is willing to put her kids in the middle of her turmoil and conflict only for the film to play it as being completely ok. In any situation, putting kids in the middle of family drama they cannot understand will lead to dysfunction and trauma but especially knowing the fates of these kids within the Royal Family, this feels rather troublesome. While it is far from enough to ruin the film, it also definitely weighs against it at times. There are easy fixes the film could make when it comes to this with probably the easiest surrounding a pheasant hunt that their father demands they go on. The only lead-up to this hunt is Diana saying that she worries for their safety and that they said they didn't want to go but the audience has no context on if that is true or if the boys still feel this way. The film easily could have added a scene of them begging not to go to justify Diana's action but as is, it feels uncomfortable when she creates a huge scene during the hunt to take the boys home with her. The pressure overall surrounding Diana wanting to make her children happy feels rather underdeveloped and is the one piece of the film that feels as if it needed to be better developed.
​
Still, having only one relationship feel a bit underdeveloped be the main issue of a project is rather remarkable. Pablo Larraín showed his potential in the biopic genre with Jackie but finds his magnum opus with Spencer. This is an emotionally devastating capturing of pain and suffering that works both as a focused biopic and larger message. Every piece of the film is working at an almost scary high level. Spencer feels nothing short of being a masterpiece and immediately carves itself a place as being one of the best films of 2021.