the girl from the jungle: 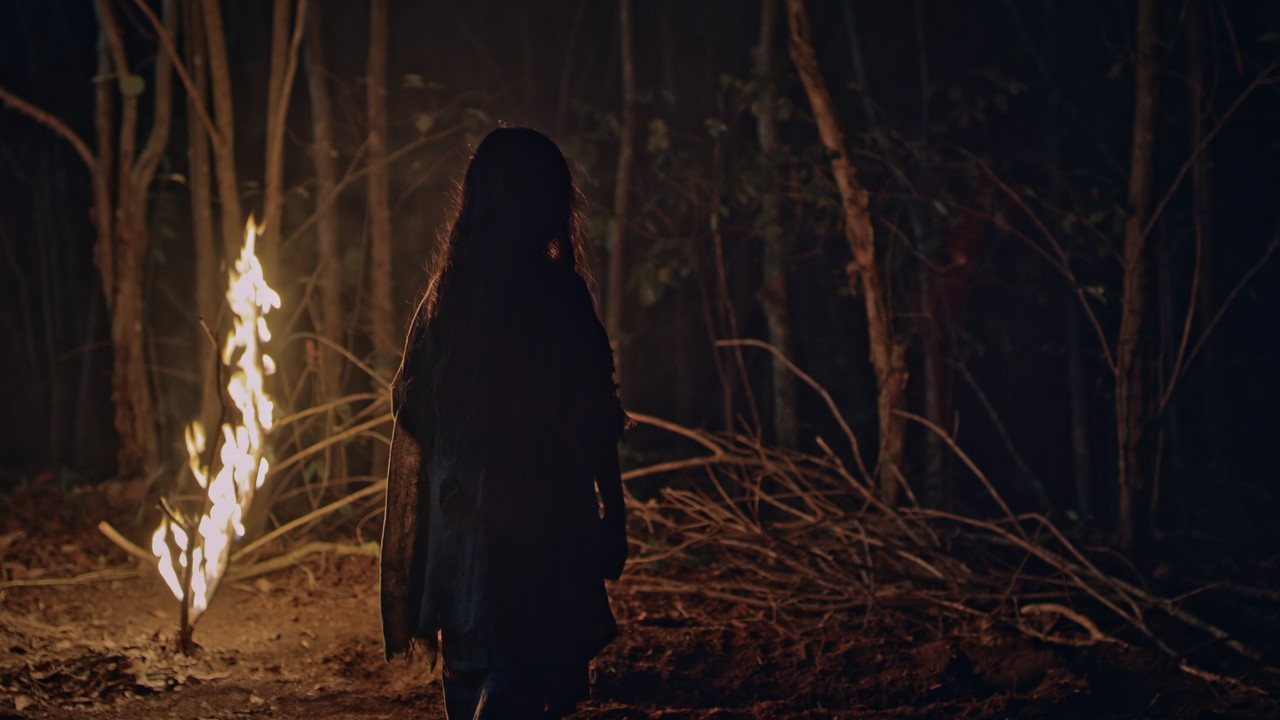 Emir Ezwan's feature directorial debut Soul - which has been selected as Malaysia's official selection for the Best International Feature category at the 2021 Oscars - is easily one of the most haunting and unnerving films of the year. Following a family isolated from society who finds a mysterious young girl covered in clay alone in the forest, Soul is a near masterclass of tension and quiet horror as the runtime goes on and more individuals make their way to this family's home.

A large amount of the film's effectiveness can be attributed to the visuals throughout the film. Cinematographer Saifuddin Musa builds some of the most naturally frightening scenes of the year so far. Rather than giving the traditional horror shots one would expect from the genre, Soul thrives in visual distance. The film will have striking beautiful shots of the jungle and landscape of the area only to place a threatening figure at the bottom standing against the huge environment. It says something that an image as simple as a young girl covered in clay can feel so threatening in such a casual and even minimalist way. The film effortlessly carries a dread and feeling of threat that most horror films have to fight so hard to achieve and often fail to reach. This also is largely due to the incredibly well-crafted score from Reinchez Ng which is again subtle but noticeable.

The story and acting of the film are what elevates the film from just being a good horror movie to being an all-around worthwhile feature. Both the screenplay and performance from Farah Ahmad crafts a captivating portrait of a woman fighting for not only her own life but that of her children. This is a character that is beyond easy to feel empathy for and to engage with, buying into not just the terror but the fight against it. This battle is all the more impactful throughout the runtime because of how bold the film can be. There are substantial consequences for how these characters react to the conflict and it is never clear if the film is heading towards a happy or tragic conclusion. Soul is a film that grabs the audience and doesn't let go for the entire clean 82-minute runtime.

Soul stands as one of the most captivating and terrifying films of the year so far. In an incredibly casual way, the film demands attention and pulls the audience deeper and deeper into its unsettling and genuinely haunting world while avoiding nearly all the boring and overdone cliches of the genre. This is an incredibly well-crafted film and proves the ability of all parties - especially Emir Ezwan - to be at the top of their craft.