sometimes i think about dying 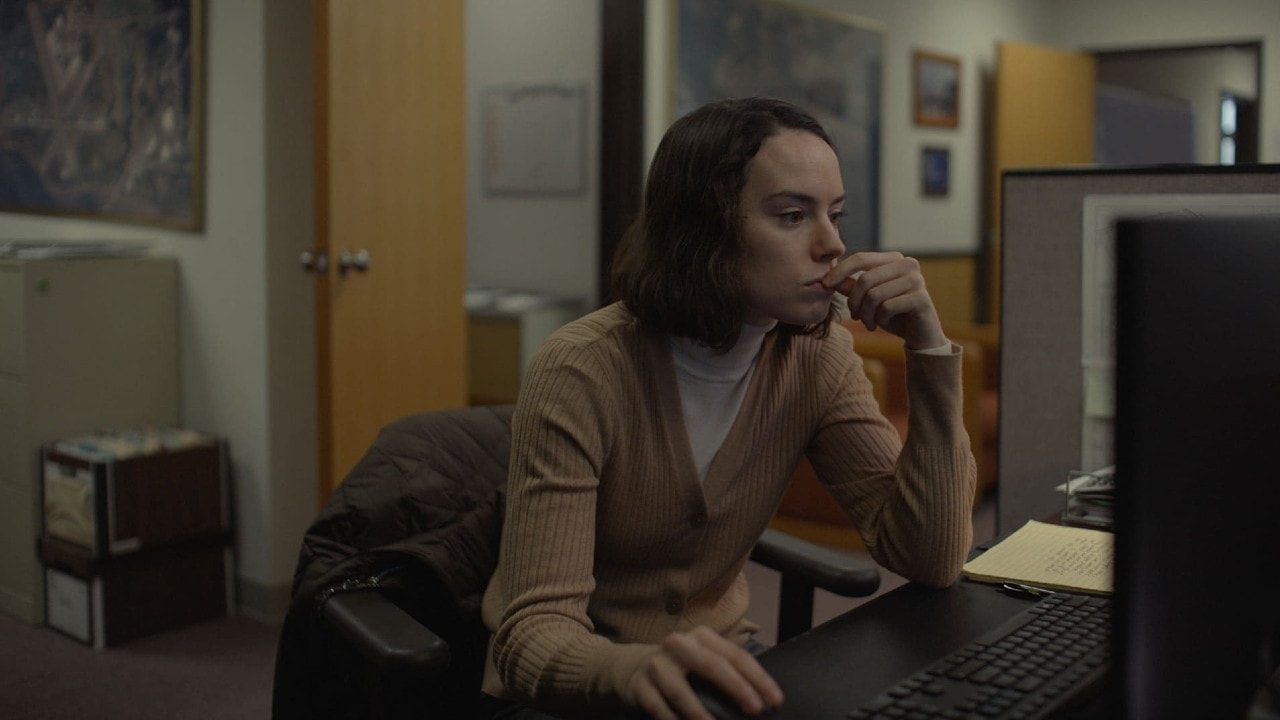 Rachel Lambert's Sometimes I Think About Dying is a film that has storied history. Adapting a short film of the same name, which itself was adapting a play which went by the name Killers, Sometimes I Think About Dying finally has made it to the big screen with the feature debuting as part of the 2023 Sundance Film Festival. The film follows a reserved woman named Fran (Daisy Ridley) who mostly keeps to herself and never really connects to her co-workers at her office job. This is until she forms a connection with a new hire named Robert (Dave Merheje) who begins to break down Fran's walls and reveal new sides to her.

While one might think they would know what to expect from a Daisy Ridley romantic drama, expectations will likely be subverted as Ridley gives one of the most unique performances of her career. Quiet and dry, Fran carries a unique charm as she remains an innocent yet largely closed off figure. Ridley brings an intensity and reserved energy to the character that is crafted and effective. Playing against Ridley is the more outgoing and positive Dave Merheje who also impresses with a lively performance of charisma and charm. While on paper it might feel like these two characters would be terrible together, both the screenplay and the performances makes their connection feel authentic and natural with their romance being the best part of the entire feature.

It is a shame, however, that the film ultimately struggles to do much of value with this connection and set up. Considering the story's history as both a play and short film, two restricting art forms, it makes sense why the feature can find it difficult to flesh itself out to be worthy of a full feature length. Even at a brisk 91-minutes, Sometimes I Think About Dying is a wildly repetitive feature that basks in long segments of awkward tension and silence. While this would make a fine set up for the relationship between Fran and Robert to develop, the film never actually evolves too far past this status with the film sometimes feeling dull and boring as a result. This is especially true in the extended sequences outside of their meetings where the film tends to sit in a quiet and boring office with no interest in moving or changing the energy from what has already been established, a fault that can likely be associated with the limitations of set and location from when the story was an on stage production.

This isn't to say the film is badly made as the opposite is true. The film's quiet tension and moments of meditation is wonderfully enhanced by the crafted efforts of cinematographer Dustin Lane with the score by Dabney Morris also helping along the way. From the brooding silence of the office where annoying fakeness is an almost mandatory survival skill to the more authentic moments of human connection where funny stories can be naturally developed over a slice of pie, the film is clearly proficient at finding a cinematic voice filled with emotional potential, it just sadly never finds much of value to actually accomplish with this talent.

Sometimes I Think About Dying takes the flaws of Stefanie Abel Horowitz's short film and only enhances them with specifically the story's roots in theater becoming a noticeable presence. While the film features some strong performances and moments of filmmaking, the story is lackluster with the film never taking that next step needed to truly be great or find a fully rewarding thesis.
Become a Patron!