Every year it seems like there is one movie that breaks into the Independent Spirit Awards list of nominations that has yet to have a major release. Normally these films are really good with some being the best of the following year like The Rider last year. This year that film seemed to be Sócrates scoring 3 nominations and even winning the Kiehl's Someone to Watch Award. Just from that, I knew this was a film I wanted to keep on my radar and upon further research, I only became more and more impressed by this movie. Made on a micro-budget by a crew of very young filmmakers, this was lucky to even exist not to mention find success in the way it did. Plus it tells a risky and daring story for the culture it comes from. I love hearing diverse voices shine through film, so when I got the chance to see this film early I jumped on the opportunity. 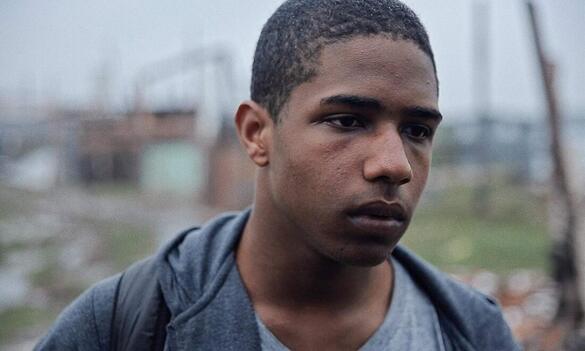 Sócrates is nothing more than a young teenager   when his single mother tragically passes away. Left   with nothing but the constant threat of being sent   to his father Sócrates has to manage just finding a   way to live and survive while also dealing with this   tragic loss. He jumps around from job to job trying   to find something stable and secure which proves   difficult as he is still under 18. Eventually while at a   job he Maicon who he grows a connection to but   even that slowly begins to fall apart. As I   mentioned this is a film that comes to us from a   group of new and young filmmakers, this means   these are unique voices being heard for the first   time but also that they are not polished yet.   Despite there being a huge influx of first-time   directors that are absolutely killing it there are also plenty struggling. Going into this movie I really didn't know what to expect from the filmmaking but I know I was not expecting it to be as good as it turned out being. From a storytelling aspect, this movie is so well crafted and is extremely intelligent. New filmmakers often lack confidence which can be seen in how they tell the story to the audience. They don't always have faith in the film to translate its emotions and messages to the audience so they feel the need to directly tell the audience what is going on and what they want the audience to take away from the movie. This film is different though, it allows the audience to take in this world and these characters on their own and is extremely effective at that. This is a very show over tell film which is something I loved about it. 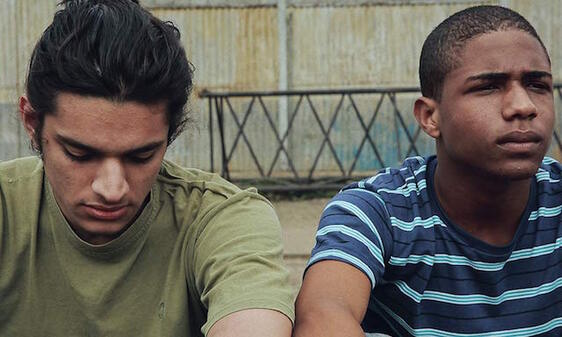 This confidence in its craft can also be seen in its use of silence. So many films hide from silence but this film embraces it and is able to use the power in silence to help further major emotional moments. This helps make the film feel more grounded and raw as it doesn't feel the need to fill every moment with something. The cinematography is also absolutely stunning. João Gabriel de Queiroz does such a good job of bringing the audience into this world. You can tell that there are times where the camera is of lesser quality and if there was one major point in the production that was hurt by its micro-budget it would be a camera, but he is so skilled with it that he is able to overcome the quality issues of the picture with some really smart shots for the most part. The story is also as I mentioned pretty emotionally powerful as it explores LGBTQ+ themes which does provide some interesting commentary as it is coming from a film made in a place where that community is not represented or respected. All the emotions really connect as you root more and more for this kid to find success and his constant struggles really do hit you as emotional gut punches. The only thing I wish was that the payoff was a bit better. Being only around 70 minutes there is not a lot of time for a third act and you really don't get many conclusions. The final scene is beautiful but it fails to wrap up much of the story and arcs started throughout the film which can leave the audience feeling a bit unsatisfied. I understand and respect that they probably couldn't do much more and that this is not an easy film to wrap up but I can't ignore the feelings that I had at the end of the film. There are multiple relationships that never make it out of the introduction phase which felt disappointing as they are rich and interesting.

Still though especially when you look at the story behind it Sócrates is impressive. Sure it has some small production issues and small things I would change about the story, but this is a competent film that even has some real artistic value to it. I can't say that about so many other movies I see. It still doesn't have an official release date but please keep a look out for it, not only would you be supporting unique and diverse voices but I also think this is a movie that is going to hit plenty of people.