the fairest of them all:

snow white and the seven 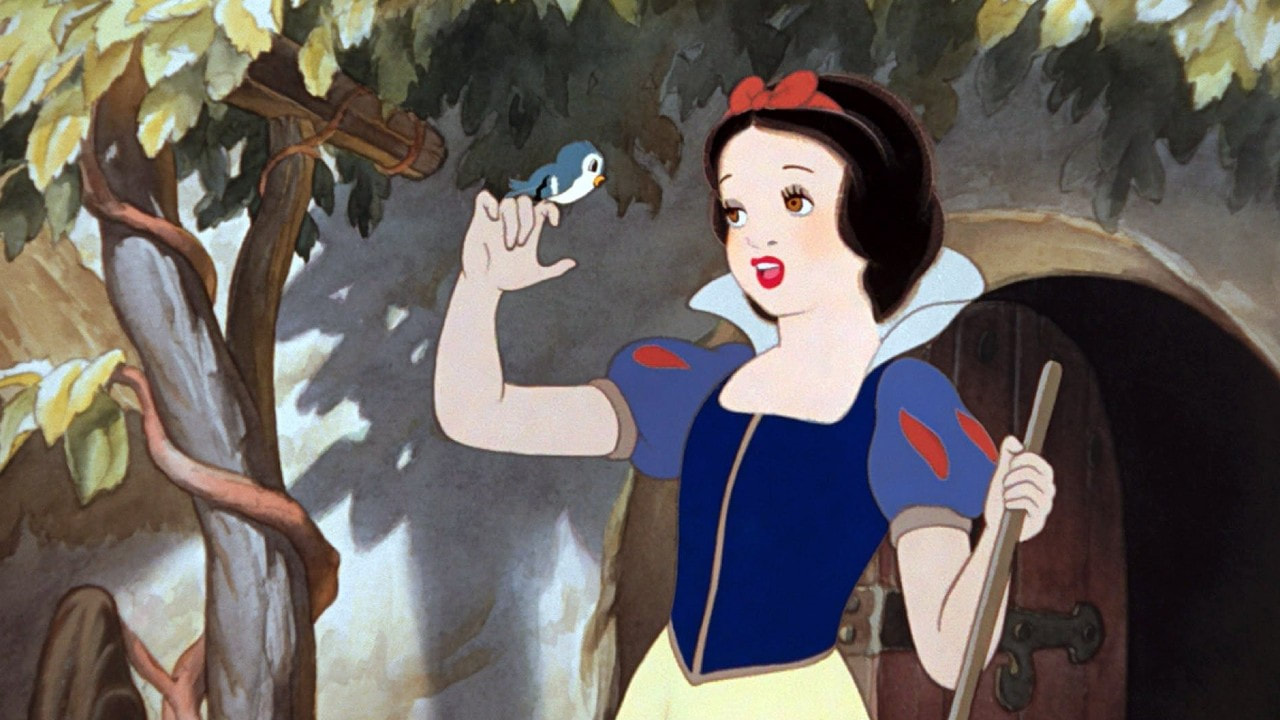 One cannot overstate just how bold and revolutionary it was for Walt Disney Productions to decide to create Snow White and the Seven Dwarfs. Previously defining their body of work with shorter animated projects, Disney took an incredible gamble both with money and effort to create the first ever cel animated feature film in history that ultimately would revolutionize the cinematic medium and give way to the modern animation genre as it is known. Adapting Brothers Grimm fairy tale starring the titular character, Snow White and the Seven Dwarfs sees the pure and innocent princess Snow White (Adriana Caselotti) flee her happy home once it is revealed that the Queen (Lucille La Verne) is out to kill her. Alone in the forest, Snow White stumbles upon the home of seven dwarfs and begins to find a new life for herself. Still, the Queen is on the hunt and is ready to use any devilish trick at her disposal to accomplish her wicked goals. While there is no denying the influence and importance of the film, Snow White and the Seven Dwarfs also stands as a joyous and effective feature that knows just how to hit every emotional high and low.

One of the biggest strengths of Disney has always been the quality of animation that the studio is able to provide. Assembling a team of the best animators in the world with plenty of experience where the studio was able to experiment and figure out what works within an animated space, it adds up that Snow White and the Seven Dwarfs would be a visually stunning feature that still holds up to this day. The environments and nature throughout the film is lush and colorful with the film also knowing when to incorporate more disturbing imagery. The film can effortlessly flip a switch and turn the forest into a hellish nightmare of faces and demons. There is also a strong emphasis put on faces that helps convey emotions and threat. The Queen especially is given a perfect scowl that turns all the more disturbing after she is transformed into the Witch. Especially for a production of this size which was unheard of at the time, the fact that Disney refused to cut corners and put as much inspiration into the technical side of the film shows just how committed the crew was to delivering something of quality.

Equal effectiveness is found in the performances of the film. Even when the substance behind the characters are lacking, the performances are natural and iconic in their own respect. Adriana Caselotti is wonderful as Snow White with a rare yet needed innocence given to the role. In opposition, Lucille La Verne is flawlessly devilish as the evil Queen. Those like Pinto Colvig, Roy Atwell, and Otis Harlan bring the seven dwarfs to life with unique personalities that also are instantly likable and memorable. It is hard to find a single performance in the film that doesn't work with the chemistry found between the actors being noticeably strong.

When it comes to flaws, the simplicity of the story is an easy culprit to blame. While the emotional beats still do resonate, many of the characters and the drama within the film are rather basic. Snow White is disappointingly hollow as a character and is thrusted into the tired and sexist role of caregiver and housekeeper where she stays for the majority of the film. The Prince (Harry Stockwell) is even worst with no attempt even given at forming a personality or character. The conclusion is also laughably lackluster with no thoughts given to logic or the idea that men kissing dead women might be an odd moral choice. Speaking of morals, there also has been a modern revaluation of the seven dwarfs and specifically the negative depiction that could be applied towards individuals with dwarfism. While these characters date back to fictitious folklore roots of the project and these characters are shown as being good people, this is also a conversation that deserves a place and time.

While Snow White and the Seven Dwarfs might be simple, it is still an effective feature. The characters are all incredibly likable and the technical backbone of the film is flawless. When also given the context of just how revolutionary this production was, one cannot see the film as anything but a wildly strong success that still deserves as much praise today as it did on release in 1937!
Become a Patron!